HomeIngredientsNew study links mercury in fish to heart disease
Recent
Latest
Innovation at Milkadamia is a weekly exercise
May 27, 2022
Sponsored Content
Are there potential carcinogens swimming in your biobased laundry detergent? – article
Rowdy Mermaid disrupts functional beverages with science-based innovation
May 26, 2022
Monitor: Environmental claims confuse consumers—even natural shoppers
May 26, 2022
Trending
Getting ready for 2023: Trends for brands to consider
May 17, 2022
Natural beauty market trends
Jun 16, 2021
The Planting Hope Company aims to prove gender equity leads to success
May 23, 2022
Podcast: What brands need to get on shelf at Fresh Thyme Market
May 24, 2022 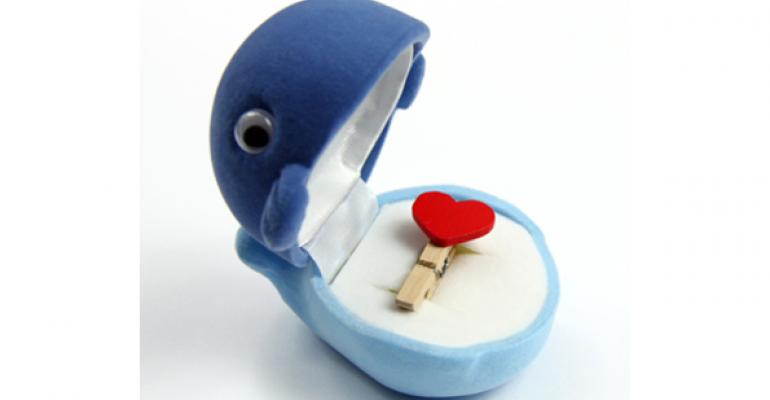 First-of-its kind research shows that eating fish for heart health comes with a caveat. But from plant-based seafood to algae omega-3 supplements, natural businesses are already hip to marine-based alternatives. What does the future hold for the category?

Eating plenty of omega-3 rich-fish for heart health is a no-brainer, right? Maybe not, suggests new evidence published in the January issue of the journal Environmental Research. According to researchers, even modest amounts of mercury from fish can meddle with the endocrine system and promote inflammation, which has been tied to cardiovascular disease.

In the first study to document an association between mercury, inflammation and hormone disruption, researchers from Syracuse University looked at fish consumption, blood mercury levels and cortisol function in healthy children between the ages of 9 and 11. Although blood levels of mercury remained low for all, even a slight increase in mercury was associated with blunted cortisol cycles and increased markers of systemic inflammation.

While health experts have traditionally nudged the population toward greater fish consumption, this latest study shows that the detriments of seafood aren't always reported—or even well known. Supposedly "safe" mercury levels may not be so safe, making alternatives to seafood's nutrients and omega-3s more important.

The mercury and fish consumption study shows there's a catch-22 in play when it comes to eating seafood for heart health. Omega-3s good, mercury bad. What natural alternatives are available for health-conscious consumers?

"There's a very bright future of fish alternatives and there's also an interesting challenge in the industry to move toward it," said Eugene Wang, founder of vegan seafood company Sophie's Kitchen, a pioneer in the space. "It's so hard for industry to come up with something good to satisfy consumers' craving [for seafood], not only on the flavor and texture level, but also on the nutrient level."

Sophie's Kitchen's products are plant-based and incorporate seaweed to deliver nutrients found in seafood. The company launched last year, but it wasn't until after Japan's March 2011 tsunami and the resulting Fukushima nuclear disaster, that people began understanding the necessity for Wang's alternative seafood products.

"People are not aware how dangerous pollutants are," said Wang. "I think studies such as this help make people more aware that a lot of [pollutants] are much worse than we previously thought."

Shifting the omega-3 tide from fish to algae

Core natural consumers are likely to seek out alternative sources of omega-3s, but what about mainstream consumers? Typically, they're unaware of their options other than flaxseed oil, which James Betz, managing director of Biotivia, says is a poor source of omega-3 and DHA.

But these consumers are increasingly environmentally savvy and aware of fish oil's potential rancidity and toxin content. As health studies linking pollutants to popular supplement ingredients continue, Betz predicts the tide will begin to shift in algae's favor.

Betz predicts that the established fish oil industry will aggressively defend itself against algae-based omega-3 supplements, but people will shift in mass from marine-based products to algae-based alternatives, said Betz. "My estimation is that within five years algae-based supplements will capture at least 20 percent of the total omega-3 DHA market," he said.

What do you think the future of natural omega-3s and alternative seafood holds? Share in the comments.