Probiotics for dogs expand beyond supplements into the freezer aisle 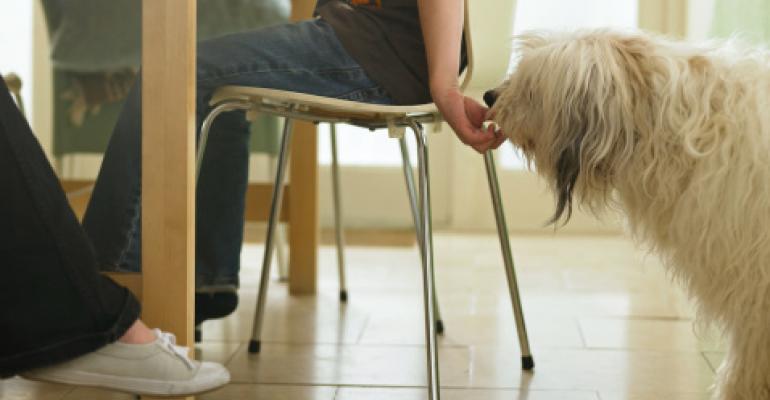 Consumers looking for healthier dog treats may not think to search the ice cream aisle. But that&#39;s where a variety of natural, probiotic-rich frozen dog treats are making their mark in the growing gastrointestinal pet health market.

Probiotics have gone to the dogs. Just take a look at the numbers: Gastrointestinal (GI) pet health supplements saw U.S. sales reach $90 million in 2010, growing 11 percent over 2009 sales, according to Nutrition Business Journal. The category has posted compound annual growth of 10 percent since 2007, making it one of the fastest-growing segments in the animal supplement market. And overall, GI health represents 6 percent of total sales in the animal supplement market.

But what about digestive help for animals beyond supplements? While NBJ doesn't track that data specifically, in the food space probiotics for dogs are showing up in perhaps an unlikely spot: the freezer section.

Fat-free and low in sugar frozen treats are a more familiar way for consumers to supplement their pet's diet. Several players have emerged to challenge Purina's Frosty Paws, which is not natural and has 31 ingredients. Jockeying in the natural frozen dog-treat space are Nature's Variety's SweetSpots, Yöghund (which has organic varieties) and The Bear & The Rat: Cool Treats for Dogs.

Meg Hanceford Meyer, president and co-founder of Boulder-based The Bear & The Rat, finds that the probiotic market for dogs, let alone for humans, can be confusing. Both markets are awash with marketing hype about strain type and number, and have varying amounts of scientific evidence to back up the efficacy of each specific probiotic-rich formula. The Bear & The Rat's frozen dog yogurt lists its probiotic content as "yogurt cultures" on the package to sidestep consumer confusion.

Nebraska-based Nature's Variety SweetSpots, which is 98 percent lactose free with a buttermilk base, does list that its frozen treats contain 30 million CFUs per serving of live, active yogurt cultures, specifically Lactobacillus bulgaricus and Streptococcus thermophilus. But the company doesn't make any health claims, said Jill Gainer, director of communications and consumer insights at Nature's Variety.

Although scientific trials don't yet exist for the efficacy of probiotic dog treats, consumer testimonials, holistic veterinarians and natural pet retailers point to the positive effects on pups. "I think it's common knowledge that probiotics and prebiotics help with digestion and motility," said Gainer, noting that SweetSpots is a frozen treat for dogs—not a food that's meant to be eaten daily, such as Activia yogurt for people.

Even for dogs, marketing and packaging matters 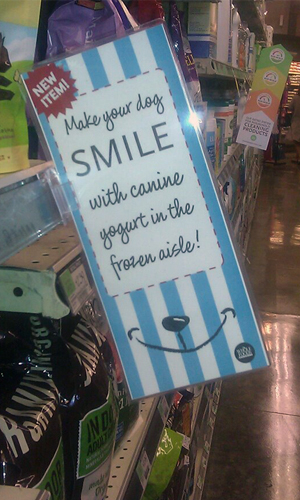 While animal supplements for GI health are typically marketed to pet owners by condition, frozen dog treats appeal to the emotional side of pet ownership.

"We firmly believe the dog is part of the family, and they want what you have," said Meyer. That's why The Bear & The Rat's frozen dog yogurt is packaged in familiar ice-cream pints and ideally sold alongside human ice cream in the freezer aisle. In fact, a Denver-area Whole Foods Market store created a sign for its pet aisle, pointing customers toward the freezer section for the brand's frozen treats.

In general, dog probiotic manufacturers are growing savvier about packaging. "We're starting to see probiotics not just listed on an ingredient panel anymore, but actually printed on the front of the package," said Deb Dempsey, co-owner of Mouthfuls Pet Boutique in Denver, a natural pet store.

Retailing from $4.99 to $12, it's clear that natural frozen dog treats aren't your average pint of "ice cream," though they are human grade. But natural consumers who are knowledgeable about pet health do make the probiotic connection.

Dempsey carries SweetSpots and more recently The Bear & The Rat in her store, along with probiotic supplements. Her customers are well-educated and know the difference among probiotics, prebiotics and enzymes. "People have learned to seek out probiotics for themselves, so now they're choosing them for their pets," she said.

A prevalence of prescribed steroids and antibiotics for pet-health issues has led to more dogs coming into Mouthfuls with allergies and yeast-based issues. "Traditional vets are quick to prescribe an antibiotic for something like an ear infection that could be cured by something as simple as coconut oil, for instance," Dempsey said. "The holistic vets look at the digestive system as a way for the dog to stay healthy, period, and that it should be a priority." Dempsey notes that she's seeing more traditional vets prescribing probiotics, however, a clue that the friendly bacteria are approaching their heyday for animal health.

Dempsey said the store talks to someone nearly every day about probiotics and, as a result, has seen brisk sales on The Bear & The Rat. "The sales on SweetSpots have been slower, especially during colder months," she said, noting that her clientele favor local products.

'Probiotics today are where vitamins were decades ago'
May 16, 2011