HomeProducts and TrendsOmega-3s in dairy—down, not out?
Recent
Latest
4 tips to get ahead of chemical concerns in packaging
May 20, 2022
7 CBD favorites in the increasingly popular gummies format
May 20, 2022
Mission MightyMe helps parents introduce allergens to babies
May 20, 2022
UNFI's Eric Dorne to step down as chief operating officer
May 20, 2022
Trending
Whole Foods' honors 30 companies with 10th annual Supplier Awards
May 18, 2022
Getting ready for 2023: Trends for brands to consider
May 17, 2022
Sponsored Content
The rise of sustainable business – eGuide
Sponsored Content
Natural beauty market trends
Jun 16, 2021

Omega-3s in dairy—down, not out? 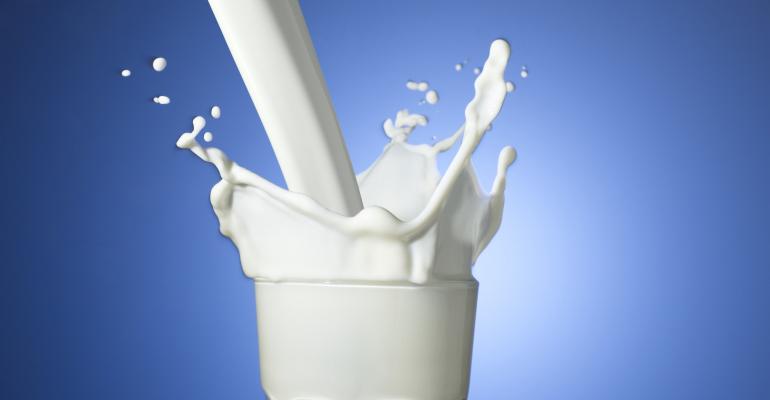 Is legislation limiting launches of dairy products with omega-3s?

The dairy sector has been one of those where omega-3 claims have featured fairly strongly in recent years, particularly for yellow fats and milks. While the actual number of dairy products featuring omega-3 claims has risen over a five-year period, according to Innova Market Insights, their share of total dairy launches (excluding dairy alternative drinks) fell from 2.4 percent in the 52 weeks to the end of October 2008 to 1.5 percent in the same period in 2013.

“While awareness of the potential health benefits of omega-3 fatty acids has risen over the years, recent tightening up of claims legislation has tended to decrease the use of this type of claim in relation to specific benefits,” reports Lu Ann Williams, director of innovation at Innova Market Insights. “Terms such as ‘high in omega-3s,’ ‘contains omega-3s,’ ‘rich in omega-3s,’ have continued to be used, but links to heart health, brain and cognitive health, eye health, etc. have been much less in evidence, with companies relying more on existing consumer knowledge about potential benefits.”

As might perhaps be expected, the higher level of interest in functional and healthy products in North America is reflected in the relative popularity of omega-3 products in the dairy sector there. Not only does the region have the largest number of dairy launches using omega-3 claims, with nearly 35 percent of the global total, it also has the highest share in terms of total dairy launches, with 3.8 percent, ahead of the also relatively health-conscious Asian market with over 2.6 percent.

The key dairy sectors in terms of omega-3 claims are yellow fats and milks, accounting for just over 80 percent of global launches using either omega-3 or DHA claims (or both) in the 12 months to the end of October 2013. While the actual number of launches featuring omega-3 claims is not vastly dissimilar in each of the two categories, the significance is very different. Omega-3 claims featured in just over 10 percent of yellow fats introductions, compared with a more modest 3 percent of the far more numerous milk and milk drink introductions over the same period.

The positioning of yellow fats with omega-3 claims has changed in recent years, with the original claims regarding cholesterol maintenance and heart and circulatory health now starting to give way to more generalized “health for all the family” or “active healthy living” positionings.

Spain is the European leader in omega-3 milks, reflecting the highly developed status of the functional milks sector as a whole. Calcium-fortified lines are very well established and lead the functional milks market, but more recently there has been rising interest in heart health (Corazon) milks, particularly omega-3 lines, which accounted for 6 percent of total milk introductions in the 12 months to the end of October 2013.

Across the Atlantic, the US is also seeing rising interest in omega-3 fortified milks, with Innova Market Insights data indicating that nearly 8 percent of US milk launches in the 12 months to the end of October 2013 featured omega-3 claims, even further ahead of the global figure of 3 percent.

“Although product activity in omega-3 fortified dairy products has been rather less in evidence in recent years,” Williams concludes, “clearly there is still interest in the sector and potential for further development, particularly considering the wide range of different health benefits associated with it.”