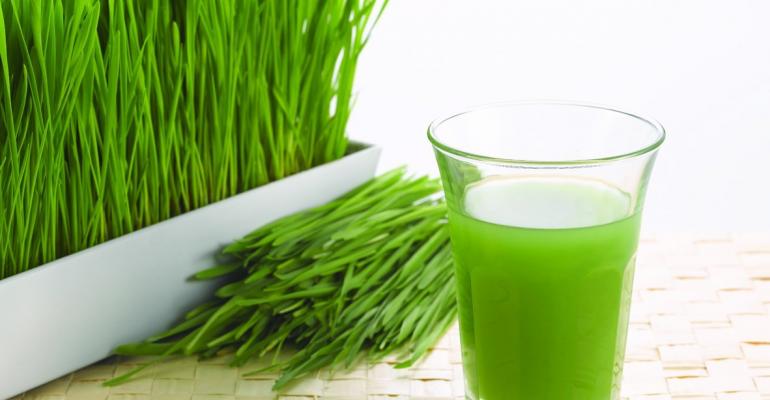 Innova Market Insights research shows that global launches of food and drinks containing wheatgrass saw a double-digit increase over the past year.

Wheatgrass is rapidly emerging as a health ingredient in the mainstream food and drinks market. Wheatgrass has long been available in health food stores and specialist outlets, but is now increasingly being used in supplements and food and drinks products. This is often occurring in combination with other components with a healthy image or perceived health benefits.

“Wheatgrass is the young grass of the wheat plant, Triticum aestivum,” explains Lu Ann Williams, director of innovation at Innova Market Insights. “It can be traced back in history for thousands of years and is associated with a raft of health benefits through supplemental nutrition to unique curative properties. Virtually all of these claims remain scientifically unproven, although it is recognized as a good source of potassium, dietary fiber and a range of vitamins and minerals.”

According to Innova Market Insights data, global launches of food and drinks products containing wheatgrass saw a double-digit increase in the 12 months to the end of February 2015. Tracked launches more than doubled over the past two years. Europe and North America had the highest launch numbers over the past year, with Europe accounting for 55 percent of the total and North America over 33 percent. The leading markets were the UK and the US.

Perhaps more significant, however, is the move away from supplement-type products and into mainstream food and drinks, which accounted for 40 percent of launches featuring wheatgrass recorded over the past year. Soft drinks products, primarily juice drinks and smoothies, accounted for half of this total, with some activity also evident in snacks, ready meals and dairy beverages.

In terms of soft drinks launches, there has been a range of activity from both specialist health companies and more mainstream operators. In the US, Bolthouse Farms launched a wheatgrass drink in early 2014 with its Daily Greens juice featuring green vegetables such as kale, spinach, cucumbers and romaine lettuce, as well as wheatgrass. Following on from this, specialist company Daily Greens extended its range with Replenish organic and cold-pressed Chocolate Organic Hemp Milk infused with wheatgrass and cocoa.

In the UK, smoothies market leader Innocent, successfully launched a range of three functional-style Super Smoothies, including one featuring wheatgrass, along with kiwi, lime, flax seeds, vitamins and selenium.

While launch numbers for wheatgrass products were relatively low in Australia and New Zealand overall, there were some innovative applications in dairy beverages, led by The Collective Dairy’s Green Machine Yoghurt Smoothie with kiwi, feijoa and spirulina, as well as wheatgrass. It has now also been launched in the UK.

Supplements featuring wheatgrass have been launched in a range of formats for a wide range of applications, including children’s and men’s supplements, meal replacements and sports and performance lines. Trends in product activity in this sector of the market may also indicate the next developments in this area, with some interest in supplements featuring combinations with other grasses, perhaps most notably barley and oat grasses, as well as a whole host of other green ingredients such as chlorella, spirulina, alfalfa and hemp, as well as more standard green vegetable extracts.