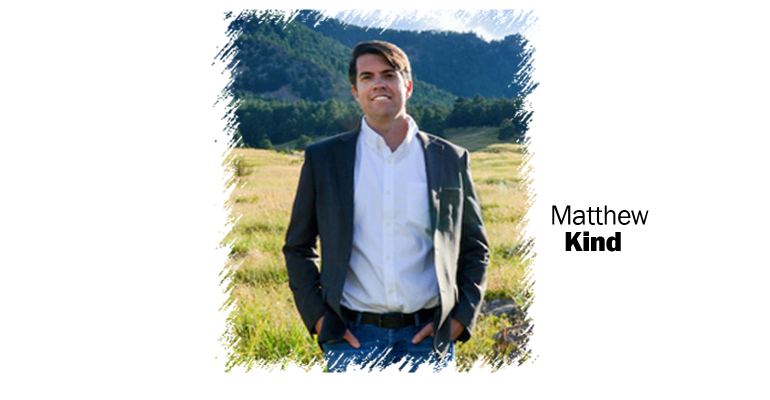 That problems with purity and potency in CBD products haven't gotten much notice from consumers doesn't mean those problems aren't going to emerge as an issue. Matthew Kind talks about CannaInsider's Transparency Badge as one solution.

If one thing is clear about the exploding CBD market is that it lacks clarity, but Matthew Kind thinks a "transparency badge" can clear up at least some of the confusion. All companies need to do is show they have third-party testing results and then post them publicly to qualify, but the CannaInsider podcast host thinks that’s the kind of shorthand consumers want.

We talked to him about the Transparency Badge and the state of the CBD market. Read more about developments in the hemp and CBD market in Nutrition Business Journal’s Hemp & CBD Guide 2.0.

NBJ's proprietary research shows consumers are confused about almost every aspect of CBD. How much of an answer will they find in the transparency badge?

Matthew Kind: What the transparency badge does is creates a common baseline. What I'm trying to do here is eliminate the things that can hurt you, take the bad stuff out of the picture, so we can focus on what makes a CBD stand out. So, you can compare on full spectrum. You can compare on lab testing, sourcing and then maybe the cannabinoid profile. But the certification badge is a quality benchmark here where all the bad stuff most people would worry about has been taken care of. And there's a public document that can certify that.

What are the most common questions you hear from consumers?

MK: What’s the difference between the types of oils and how much should I take? Obviously, I'm not a doctor, but with most botanicals or drugs, most people are really about taking too much but I think in the world of CBD, there's more of a risk of taking too little, where you don't feel the effects of it.

Where do you point people to get answers?

MK: We interview a lot of people on our podcast. That helps. There’s the Hemp Roundtable. The place we point them to probably the most is third-party lab testing. There are a good number of the CBD companies that do provide third-party lab testing if you're asking for it. I want to make it so that everybody provides that all the time, and then makes it public on the website.

When you are using CBD, what do you look for in a brand?

MK: The first thing that goes through my mind is ‘where was this made?’ If it was made in another country that's not necessarily bad, but a lot of times it comes from China or maybe someplace in Eastern Europe and it could have been used as a soil remediator. That’s the real risk because then hemp acts like a sponge and soaks whatever is in the soil up. Then I’d ask if it’s full spectrum or isolated? Is it third-party lab tested? And then, what's the cannabinoid profile like?

You’ve said the vast majority of CBD companies are testing for quality and potency. A lot of people would call that a huge overstatement. What do you base that on?

There was controversy at Natural Products Expo East with the Center for Food Safety’s Hemp CBD Scorecard. Is the hemp CBD industry ready to police itself without falling into mudslinging?

MK:The best way is to highlight the people that are really trying to follow the best practices. Let the rest of the industry come to them. Meet on the high road.

How do CBD companies earn the badge and what does it cost?

MK: The cost is nothing, it's free, and it's at cannainsider.com/CBD-transparency. It leads them through a series of questions. Do you test for microbial contaminants? Do you test for potency? Do you have a terpenes profile test results? Do you test for residual solvents, heavy metals and mycotoxins? Do you declare the origin of where the hemp was grown? If they satisfy all that and then can provide like a URL the public can see, they get a badge. That's pretty much all it is.

Do you think the association with recreational cannabis is good or bad for CBD as it goes bigger?

MK: The stigma is falling away from cannabis rapidly, because there's now all these modalities that don't include combustion. Smoking is really the thing that had the stigma around it. With that going away and more vaping going on and more edibles and more ways to consume, I think this will just blend together and it won't be as big of a thing.

We've seen CBD as a hot dog topping, in a beard balm and in nail polish. Do you ever worry that it's turning into a joke?

MK: I think this is natural for any new product that is truly new that captured the public's attention. We kind of saw the same thing with blockchain. We saw software and companies coming out with their own blockchain coin and all these things that seemed totally unnecessary and superfluous. That will kind of drop away as the excitement fades and the game changers will remain. But I think that's a good sign that the public is excited about it.

Do you think a few primary uses will rise to the top?

MK: I think it's primarily going to be an ingredient that we look for in certain things, like how we look for menthol in Vicks Vapor Rub. We will start to look for CBD in teas and products as a critical active ingredient to experience relief. I think CBD if it's going to be associated with one word, it's going to be ‘relief’ and relief will mean different things to different people. I think anxiety and pain will be big, and for the boomers, probably arthritis.