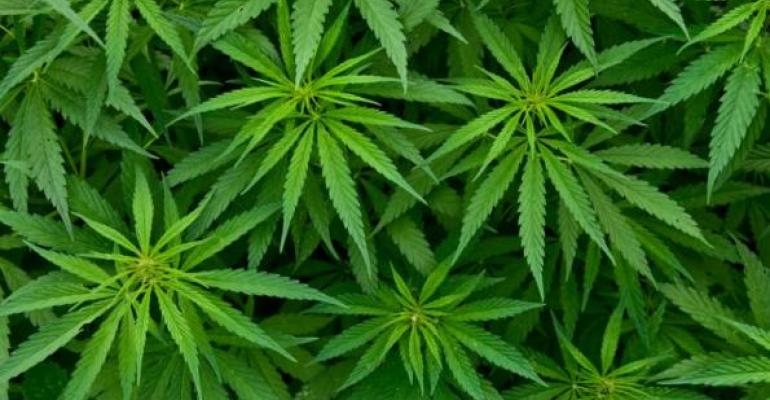 Education is key to the continued boom of this blockbuster ingredient. Here's a rundown of the state of the science on cannabidiol.

Everyone knows about THC, and everyone is getting to know CBD. These are cannabinoids—phytochemicals within the Cannabis sativa plant with bioactive benefits. Specifically, cannabinoids are 21-carbon molecules that influence the body’s endocannabinoid receptors. Everything from brain function to the immune system to mental health is influenced by the endocannabinoid system. This system was teased out only in 1988, by Israeli researcher Raphael Mechoulam. But guess what? There are actually 150 cannabinoids all told that are unique within cannabis. Whoa. There’s much we still don’t know about Nature’s Most Nearly Perfect Plant.

On CBD itself, here’s what we DO know. There are at least a dozen different health conditions under research with cannabidiol. Of note is that dietary supplements play under a different set of rules than do drugs, so they cannot claim to diagnose, treat, cure or prevent any disease. That means that some of the health conditions below—epilepsy, Parkinson’s, multiple sclerosis, autism, glioblastoma—cannot be talked about in a health food store setting because these are diseases, which are out of bounds for dietary supplements.

Related: 20 things hemp can do (or has done) to rule the world

Also of note, research studies do a poor job in characterizing the material under review, so in most cases we do not know whether this is hemp-derived CBD or marijuana-derived CBD, as is the case with the pharmaceutical drugs, Epidiolex and Sativex, under investigation and review by the FDA.

The two childhood-onset epilepsy conditions Dravet syndrome and Lennox-Gastaut syndrome are what CBD will be approved for by the FDA within the next year. Epileptic seizures are what made the Charlotte’s Web strain of CBD famous and led to hundreds of families moving to Colorado when the state became the first in the union to open retail pot shops for medicinal purposes. There are now some states, such as Georgia, that have CBD-only laws, but not so much as medical marijuana available.

GW Pharmaceuticals’ Epidiolex is 100 percent CBD from marijuana. Sativex is a 50/50 THC/CBD, which has been approved in Canada (2005) and the UK (2010) for pain, spasticity, overactive bladder and some symptoms of multiple sclerosis.

A randomized, double-blind, placebo-controlled trial was conducted using marijuana-derived Epidiolex to treat drug-resistant epilepsy in Dravet syndrome among 214 children whose seizures were not controlled by other drugs. Using Epidiolex along with a range of other drugs, researchers found a 39 percent reduction in seizures compared to 13 percent in the placebo group. In raw numbers, the median number of seizures declined from 12.4 to 5 a day in the CBD group, but from only 14.9 to 13 in the placebo group.

GW is also researching CBD:THC for autism, schizophrenia and glioblastoma. Glioblastoma is the particularly pernicious, aggressive form of brain cancer that killed Sen. Ted Kennedy and legendary professor John Messer and has afflicted Sen. John McCain. Preliminary studies show CBD could help with some of the adverse symptoms of the cancer. A meta-analysis published in August found CBD alone and with THC helped with cancer-related pain. A variety of doses ranging from 2.7-43.2 mg per day of THC and 0-40 mg per day of CBD were administered. Higher doses of THC were correlated with increased pain relief in some studies. One study found that significant pain relief was achieved in doses as low as 2.7-10.8 mg of THC in combination with 2.5-10.0 mg of CBD, but there was conflicting evidence on whether higher doses provide superior pain relief.

Studies have found that 160 mg per day is better than placebo for sleep duration and dream recall. Dosages of 40-80 mg per day had no benefit on sleep duration or time to get to sleep. While 160 mg is a rather large dose, and lower doses (still quite large) show no benefit, there is no shortage of anecdotes from people claiming CBD does indeed help with their sleep. Endocannabinoids have also been found to restore sleep in rats with insomnia.

British researchers earlier this year published a review of studies on cardiovascular effects with CBD. They found that CBD had a curious adaptogenic effect: Acute and chronic use of CBD had no effect on either blood pressure or heart rate under normal conditions, but it did reduce both blood pressure and heart rate in stressful conditions. And in a mouse study, they found that CBD increased blood flow to the brain in stroke conditions with mice.

This is a progressive disorder of the nervous system that affects movement. The tell-tale sign is hand tremors. This deterioration of motor function is due to the loss of dopamine-producing brain cells. There is no cure. Yet, one study in 2014 gave patients 75 mg per day or 300 mg per day of CBD, under the hypothesis that the endocannabinoid system might be a promising target of treatment. While there was no statistically significant differences in motor and general symptom score or possible neuroprotective effects, the group that took 300 mg per day of CBD did experience a significant improvement in well-being and quality of life. So there’s that.

GW Pharma’s Sativex (1:1 THC:CBD) was was associated in a study with reduced marijuana use, and reduced craving and withdrawal scores. And if you think that a little pot (the 1:1 ratio of THC to CBD) helped people deal with a lot of pot and it’s as simple as that, a different study investigated the influence the endocannabinoid system had on nicotine addiction—smoking cigarettes. Researchers gave 12 subjects a CBD vape pen and 12 others with a vape pen filled with nothing in particular. After one week, the placebo group smoked the same amount of cigarettes while the CBD-only group smoked 40 percent fewer cigarettes.

In a multi-center human clinical study, THC/CBD spray used on 234 patients for 38 weeks showed a 39 percent reduction in pain, with at least half of all patients experiencing at least a clinically relevant 30 percent improvement with pain—and the pain reduction effects continued to increase with time up until the end of the nine-month study. Sleep quality also improved.

Some hemp oil extract companies are looking at potential performance pursuits through the CBD content. In a 2016 interview with Ethan Russo, MD, who was a senior medical advisor and study physician with GW Pharmaceuticals and past president of the international cannabinoid research society, he noted that “the sedation of the so-called indica strains is falsely attributed to CBD content when, in fact, CBD is stimulating in low and moderate doses.” Between the terpenes and sundry other cannabinoids found within the cannabis plant, there remains a wealth of botanical intelligence no doubt yet to come.

From dispelling misconceptions to understanding the latest science, the CBD industry has come a long way in just 12 months. Watch the free webinar, "CBD in Retail: A Year in Review" on-demand here.