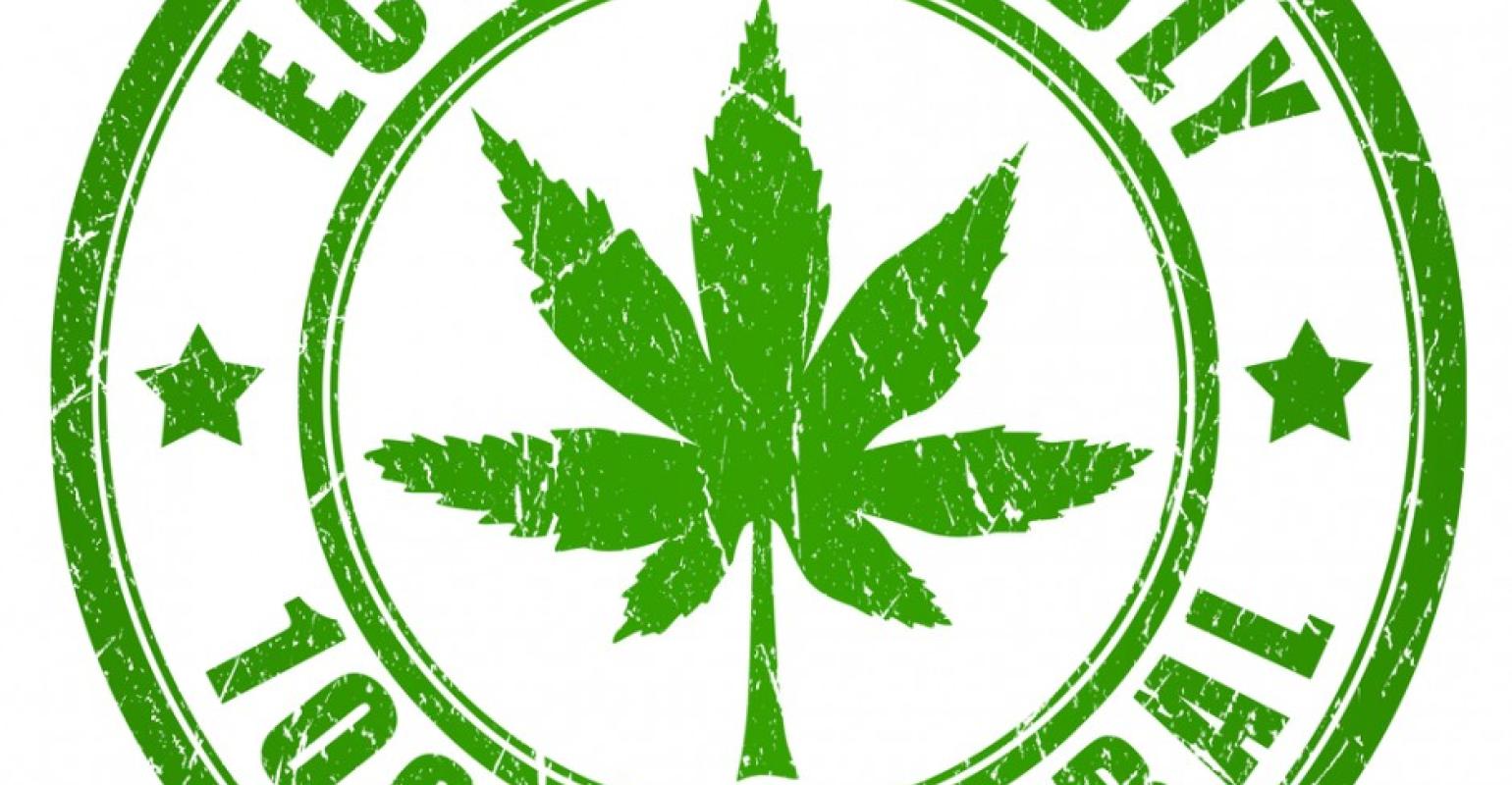 Can the government really put the cannabis genie back in the bottle?

Fifty years from now, historians may credit the Obama administration for legalizing marijuana by virtue of not standing in the way of states voting to legalize it. But the federal regulatory bodies are not giving up the drug war fight so easily.

Last week, the Drug Enforcement Agency (DEA) said it would not move marijuana from Schedule 1—substances with no medical use and with a high risk of addiction—despite 42 states plus three territories having legislated some degree of medical marijuana laws, 17 of which are CBD-only.

Also, earlier this month the Food and Drug Administration announced that the cannabis phytocannibinoid, CBD, which is experiencing booming sales across the country, is not legal for integration into either foods or supplements.

This will change the policy of Natural Products Expo (a production of New Hope Network, as is this website). The New Hope Standards Department announced on Aug. 16 that it is following the FDA’s edict, and effective Natural Products Expo West 2017, the show policy is to prohibit food products containing added cannabidiol. This includes hemp products with added/standardized CBD. This does not include hemp extracts/concentrates or any hemp products with only naturally occurring CBD. However, Expo will continue to allow exhibitors with topical/cosmetic products as well as CBD as a bulk ingredient.

The larger problem, of course, is that marijuana was approved for medical use outside the authority of the FDA and DEA. If you want an example of true grassroots health-care reform, look no further than the medical marijuana statutes in the vast majority of states, where use was sanctioned by citizen voters and not by the agency considered a wholly owned subsidiary of Big Pharma.

The question is, can regulatory bodies stem the tide of widespread acceptance of all things cannabis, including CBD?

“Absolutely not,” said Sarah Syed, director of marketing at CV Sciences, a leading supplier and manufacturer of CBD supplements. “Consumer demand and reported efficacy of hemp-derived CBD is far too powerful to be ignored. Consumers want CBD and will continue to buy CBD from trusted and transparent manufacturers.”

Strong words, but can you really fight City Hall?

“I applaud their confidence, but I don’t share their optimism,” said Jason Mitchell, president of Hemp Fusion, which markets a line of broad-spectrum hemp products. “All these companies putting out selectively isolated CBD are asking for trouble. GW Pharmaceuticals will eventually get their drug license, and when they get it, that will obviate everyone selling selectively isolated CBD. They’ll have to produce an NDI (New Dietary Ingredient filing) and the FDA will be in opposition.”

Ask anybody in the cannabis space outside of government, and they will say that CBD will gain legal approval. At issue is the Food, Drug and Cosmetic Act regulation saying that if a compound becomes a drug before a supplement, it can never then become a supplement, unless it was on the market before the 1994 Dietary Supplement Health and Education Act was signed.

British drug company GW Pharmaceuticals in 2007 filed for an Investigational New Drug (IND) for its CBD/THC compound (Sativex) and in 2013 for its CBD compound (Epidiolex).

The question among legal observers is whether this IND filing—not the usual way drugs are approved by the FDA—and the preliminary pilot clinical trials legally constitute “significant” evidence. Most people in the CBD business confidently assert no. Not everyone is so sanguine.

“Whether or not GW Pharmaceuticals’ trials are significant, the IND filing itself is significant," Mitchell said.

With the regulatory bodies digging in, this case will surely go to court sometime along the way. Of note, the supplements industry has an outstanding track record in lawsuits against the FDA.

But one historical footnote is the case of red yeast rice. The botanical has molecules that lower cholesterol levels. The problem is, the molecules are identical to Lovastatin, a pharmaceutical blockbuster. The FDA in 1998 ruled that the supplement was illegal unless it was a full-spectrum extract of the plant, with nothing concentrated. The red yeast rice market was essentially killed.

'A line that is flimsy'

For more evidence of the untenable position of the federal government agencies, look at what the DEA said to back its decision to keep marijuana on Schedule 1.

“Their entire premise is incorrect,” said Trish Flaster, executive director of Botanical Liaisons. “Yes there is scientific information, yes there is medical use, no there is no addiction like cocaine or heroin, both of which are in Schedule II. They are trying to hold a line that is flimsy, but they can.”

For Roy Upton, executive director of the AHP, which has published definitive monographs on dozens of herbs including cannabis that cover everything from chemical analysis to pharmacokinetics, the DEA’s rationalization is beyond the pale:

“The idea that the chemistry of cannabis is unknown is ridiculous and defied scientific logic. First, the U.S. government holds patents on the medical use of cannabis. Second, DEA-approved medical cannabis has been provided to a small number of patients for 40 years, which reflects a hypocrisy of the position. Third, the Journal of the American Medical Association noted a 24.8 percent average reduction in opioid fatalities in states with medical marijuana laws, which acknowledges the real-world potential medical benefit for a very serious problem by the leading medical association in the U.S. Fourth, there is good clinical evidence in the use of the cannabis extract Sativex. In all, there is more known about the pharmacology of cannabis than numerous approved drugs.”

The National Cancer Institute, a division of the National Institutes of Health—the agency which the DEA said it relied upon for its conclusions—on its website has an overview of cannabis and cannabinoids for cancer that features 110 published references.

And yet the FDA said it could identify only 11 studies that met the agency’s standards for “legitimate testing,” of which not a single one demonstrated “an accepted medical use.”

In related news, Oregon Democrat U.S. Rep. Earl Blumenauer has sponsored H.R. 1635, the Charlotte’s Web Medical Hemp Act, which excludes “therapeutic hemp”—aka CBD—from the definition of marijuana under the Controlled Substances Act. Therapeutic hemp is defined as marijuana with less than 0.3 percent THC. It is currently languishing in the House Judiciary Committee.

Blumenauer is advocating to not just reschedule marijuana away from Schedule 1, but to deschedule it altogether, as is the case with alcohol and tobacco.

The one positive item that came out of the DEA announcement is that the agency said it would loosen the current monopoly on cannabis growing that currently sits solely with the University of Mississippi. It could be that the loosened restriction on the testing of marijuana and its cannabinoids will pave the way for a vastly expanded cottage industry of testing. Or, in the way that the wheels of progress move slowly when government is involved, it may mean that no clinical trials will be approved for years to come.

“Prohibition is just ending,” said Syed from CV Sciences. “We will need high-quality science to determine the safety and efficacy of cannabis. We just don’t have enough gold standard evidence yet. Anecdotal and early adopter reports of consumers using hemp-derived CBD are driving demand, which in turn will drive more interest in clinical research.”

So, despite the tectonic shift in public perceptions and usage, the federal government is claiming status quo? Really?

With CBD now for sale in hundreds of natural food stores across the country, CBD available in medical marijuana dispensaries and doctor’s offices in the majority of states, as many as 10 states voting on marijuana in November, and recreational marijuana for adults available in a growing number of states, the FDA and DEA appear like the little Dutch boy with his finger in the dike.

“Hemp is going to be the biggest thing the natural products industry has ever seen,” Mitchell said. “CBD right now is the hot topic. That doesn’t mean it’s the most important. Other compounds could do wonderful things. It’ll encompass beverages, snack foods and in the packaging of products as well. There’ll be booths made out of hemp. It’ll be so much larger than it is right now. Right now we’re all trying to find our footing.”

Here’s the legal strategy for keeping CBD on shelves
Mar 06, 2016