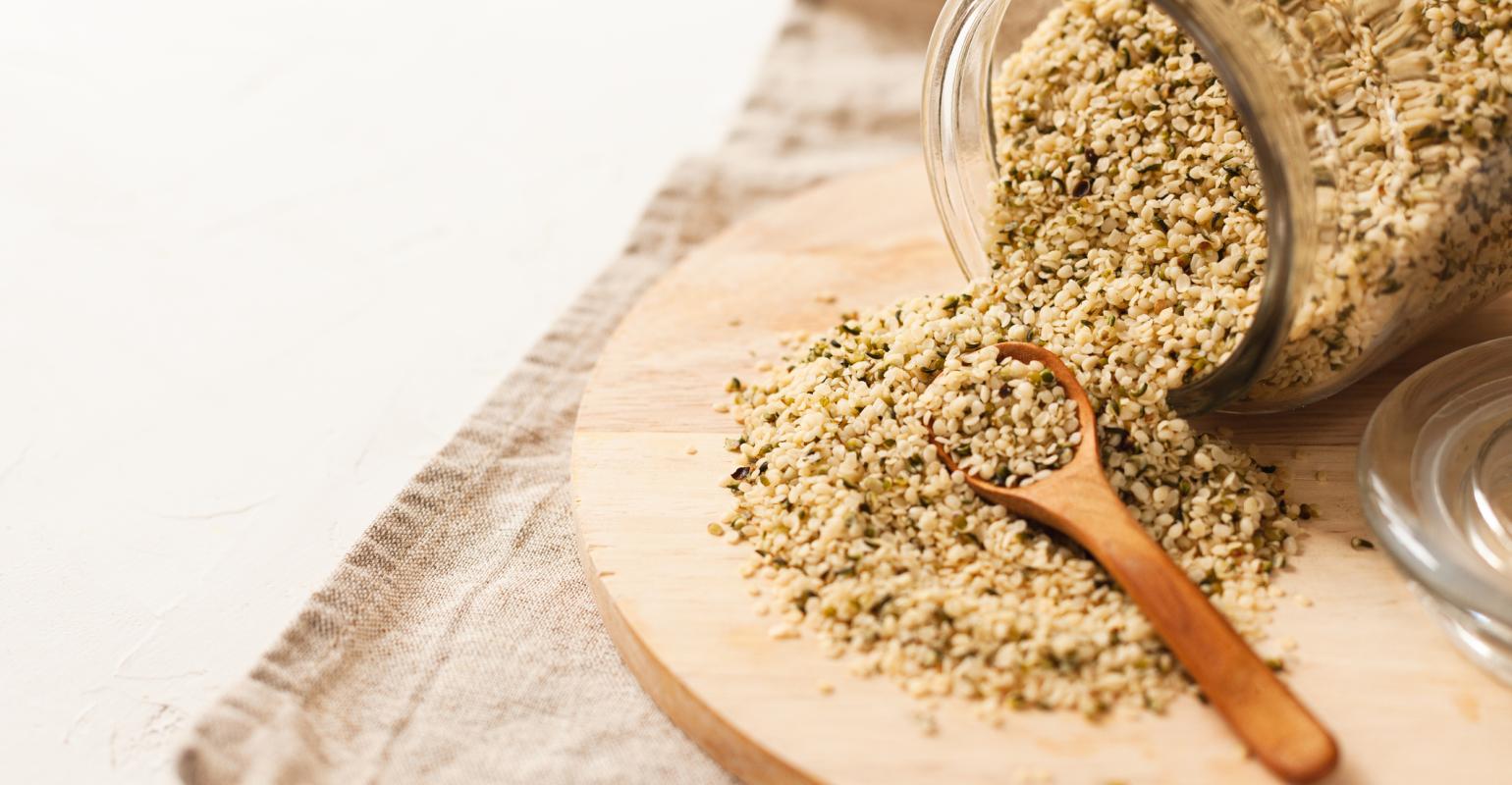 Hemp for food was cemented in 2004 against the DEA, then reaffirmed in 2018 in the farm bill. It's not all about CBD, y'know.

For all the firepower that the 2018 Farm Bill provided for the fortunes of hemp production in America, its huge benefit was in public perception that the trendy ingredient du jour—CBD—was legit.

But the real, seminal event that brought hemp into public consciousness happened in 2004 when the Hemp Industries Association successfully won in court against the Drug Enforcement Agency, which allowed hemp in stores as a bona fide nutritional food.

Related: What can hemp do for planetary health?

That led to the emergence of the hemp nut category—shelled hemp seeds, otherwise known as hemp hearts. And the word got out that hemp nuts were not just borderline subversive—derived as they are from the notorious OG Cannabis sativa plant, nee marijuana, sans buzz—but also nutritious.

“Hemp has layers of nutrition in it,” says Chad Rosen, founder and CEO of Victory Hemp Foods, a supplier of hemp to food formulators. “Hemp is such an amazing plant, whether it’s the 21 amino acids including all eight essential amino acids, or its highly digestible protein, oils for heart health, insoluble fiber that limits the amount of glucose in the blood stream to help with weight management or the gamma-linolenic acid used to reduce inflammation. Hemp has so much benefit to human health and nutrition.”

Victory Hemp Foods supplies both organic and nonorganic hemp to food formulators. The company’s audacious goals include buying a million acres of U.S.-grown hemp seed by 2030—which is about four times the amount of total hemp grown in the U.S. today.

The company’s V-70 hemp protein is a neutrally flavored, near-white colored, flowable powder from hemp seed expands the palette of potential foods because the notoriously earthy hemp flavor is removed. Its shelled hemp seeds contain 50% more protein than almonds, twice the protein of chia seeds and, unlike soy, is non-allergenic. Its cold-pressed hemp seed oil is a hip alternative to olive oil.

Regulatory give and take

When the last farm bill was signed, that very same day the Food and Drug Administration put out two major announcements. The main one that everyone talked about was the agency’s opinion that CBD was still illegal, that the FDA had not yet determined that it was safe to consume. The secondary announcement that seemed to amount to little more than an asterisk to its drug-warrior stance was its evaluation that three hemp components were actually generally recognized as safe (GRAS) and good to go as foods.

“Although hemp is from the same species as cannabis (marijuana), the seeds themselves do not naturally contain tetrahydrocannabinol (THC), the main psychoactive ingredient in cannabis,” said the FDA in its announcement. “Consumption of these hemp seed-derived ingredients is not capable of making consumers “high.””

The FDA noted that some of the intended uses for these ingredients include adding them as a source of protein, carbohydrates, oil and other nutrients to beverages like juices, smoothies, protein drinks, plant-based alternatives to dairy products, as well as soups, dips, spreads, sauces, dressings, plant-based alternatives to meat products, desserts, baked goods, cereals, snacks and nutrition bars.

“These GRAS conclusions do not affect the FDA’s position on the addition of CBD and THC to food,” noted the FDA. It considers these two cannabinoids verboten in foods.

That has not affected leading-edge companies from formulating foods with at least CBD in it. And indeed, the state of Virginia in April passed a law allowing CBD to be used in food. It joined a handful of other states that have also allowed CBD in foods. The FDA’s position applies only to foods sold in interstate commerce, so a small-stakes company could grow, formulate and sell hemp into hemp foods all within the boundaries of its state. And like all things hemp, the FDA is only lightly regulating the sector, which has not prevented bold first operators to jump into the fray.

“As we learn,” says Rosen, “we ask ourselves, what can we do to increase the amount of applications where hemp ingredients are used in manufactured foods? It’s got to taste good. It’s all about presenting these ingredients in a format that consumers will say, ‘this tastes good,’ as well as having good nutrients for their body and health.”

Rosen cites iron and magnesium as two key ingredients that give a healthy halo to hemp. Iron carries oxygen to cells, while magnesium has a slew of health-promoting activities, including helping with sleep.

And then there is—let’s face it—the promise of CBD, which is used in supplement products, topical creams, balms and lotions, as well as in foods in certain jurisdictions.

“Saying products can help you with sleep is the ultimate selling point for athletes because sleep is the best thing you can do to your body,” says Rachael Rapinoe, the former professional soccer player and co-founder of Mendi, a hemp CBD company. “Training and working out are stressful on the body. If you can mitigate that stress and get the body back to a calm state without putting NSAIDs into your body, that’s the ultimate goal, that’s what athletes are looking for. CBD is a great teammate.”

Hemp remains a provocative plant, used both to make people well and also to keep people well. Its uneven regulatory position at the federal level continues to keep large players from getting into the business, yet the entire history of the plant has been built on small-scale entrepreneurs who just know there are health benefits aplenty to be had.

Consumers at natural food retailers are pretty hip to that trick as well. As hemp infrastructure matures, expect to see hemp-healthy foods continue to proliferate, bringing the promise of the plant to even more people.