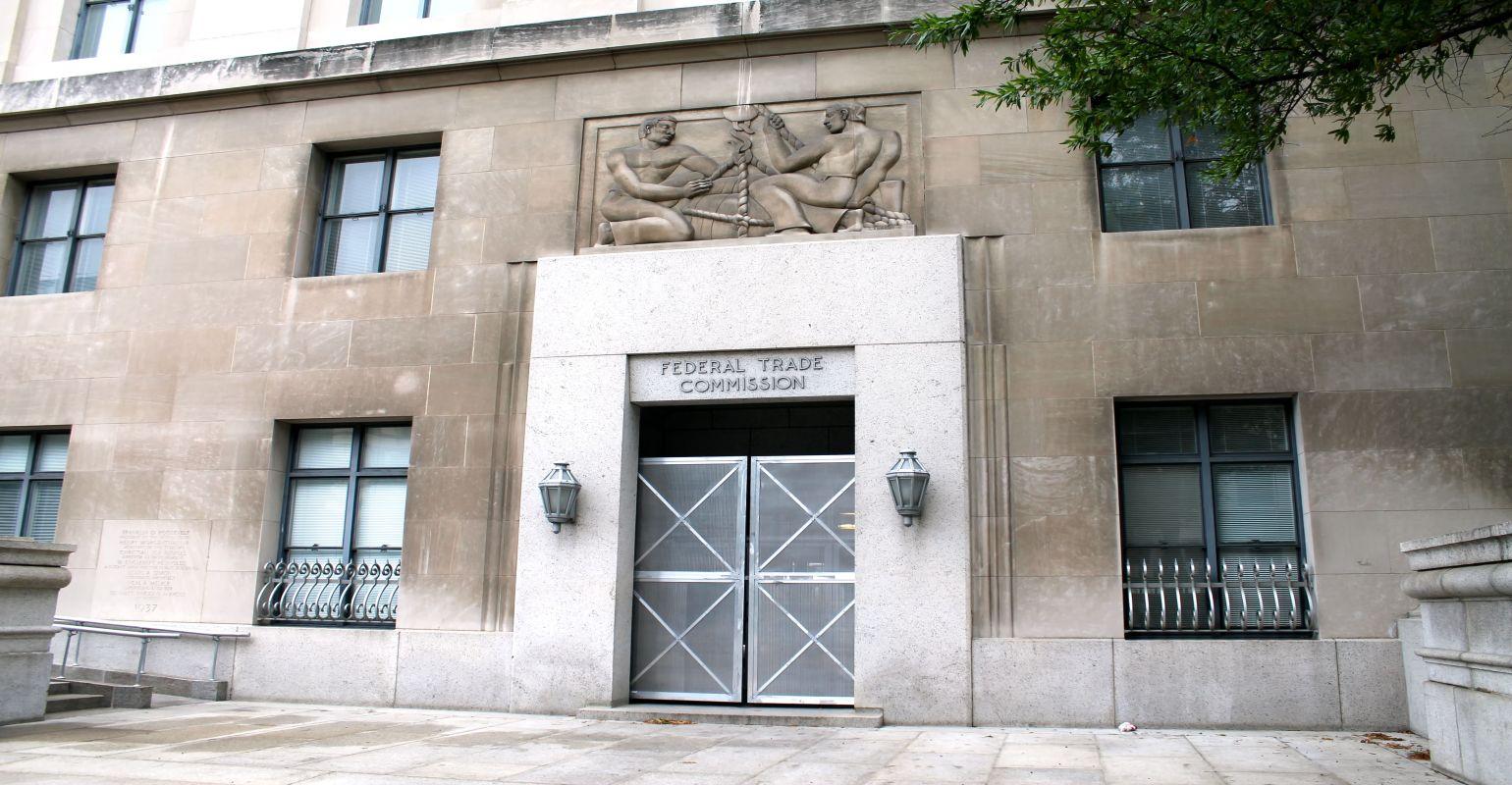 An FTC official signaled his agency will take more aggressive enforcement action against marketers of CBD in the future, moving beyond warning letters and instead issuing civil investigative demands.

While targeting claims that CBD treats serious diseases like cancer, the Federal Trade Commission has issued a few rounds of warning letters—including three this month.

But in an interview with Natural Products INSIDER, an FTC official suggested the agency will take more forceful enforcement action in the future against marketers who advertise CBD as a treatment for serious diseases without the science to substantiate their advertising claims.

“If you’re going to promote CBD products for serious diseases, you can expect sooner or later that … there’s going to be some follow-up enforcement action,” said Richard Cleland, assistant director of Advertising Practices with FTC’s Bureau of Consumer Protection. “We’re not likely to proceed from here with warning letters.”

Through the letters widely reported in the press, FTC has advised marketers of CBD they should not be making disease claims without the evidence to back them up.

“That phase of education is over,” Cleland said.

What are the next steps the agency is likely to take against CBD firms touting their products to treat diseases?

“When we see these types of claims, we will issue civil investigatory demands to the company, requesting their substantiation,” Cleland responded. “We’ll open investigations. Those investigations, if the facts warrant it, could result in civil actions against the company.”

The civil actions, Cleland and industry lawyers said, could lead to injunctions and disgorgement of ill-gotten gains earned from false and misleading advertising.

Marketers of CBD products with unsupported claims are taking a big risk that FTC will only issue a warning letter, cautioned attorney Ivan Wasserman, who advises companies on compliance with FTC regulations.

“The FTC is making it clear that if anyone was perversely comforted by the fact that it had only sent warning letters to those companies and not taken more dramatic action, they shouldn’t be,” he said via email, in response to a request for comment on Cleland’s interview remarks.

Historically, the agency has published guidance and granted companies an opportunity to come into compliance before initiating “real enforcement actions,” according to Wasserman, a partner in Washington with Amin Talati Wasserman LLP. “These warning letters, coupled with FTC’s press and blog posts about them, are meant to be guidance to any members of the industry that did not realize that FTC’s rules apply to CBD products just like any other foods or dietary supplements. Now that FTC has made that loud and clear, nobody can say they weren’t warned.”

The process is typically a painful one once FTC issues a civil investigative demand (CID), said James (“Jim”) Prochnow, a partner in Denver with the law firm Greenberg Traurig LLP who has represented many clients in FTC investigations over his extensive career.

In issuing a CID, FTC will ask a company “to produce every single communication” related to its advertising claims, the lawyer said.

“And that takes about a year and a half of doing nothing but furnishing to the government all of the communications and everything that you have in connection with those claims,” Prochnow explained.

He characterized FTC investigations as a “great drain on companies’ economic resources,” and in his experience, “an extremely traumatic experience” for businesses targeted by the agency.

“I don’t care if you’re big or small,” Prochnow said. “The government does not want to really talk about the prospect of settlement until you have furnished them every single piece of information that’s related to the claims and given them a chance to digest it.”

Then, FTC will contact the company and “say, ‘We want to discuss a settlement with you that will include filing a lawsuit against you, and you pay us money,’” the lawyer explained. “Maybe 5% of the time, they say, ‘It’s your lucky day today and we’re going to drop the investigation.’”

Last week, FTC announced warning three companies in letters that it is illegal to advertise a product can cure, prevent or treat a human disease without competent and reliable scientific evidence to support the statements. The companies, which FTC did not name, sell capsules, creams, gummies, oils and tinctures containing CBD.

Since the passage of the 2018 Farm Bill, which removed hemp and its derivatives from the Controlled Substances Act (CSA), the number of CBD products has soared—a phenomenon Cleland is cognizant of.

“They’re in the local gas stations,” Cleland remarked. “They’re on the Internet. They’re being advertised on TV in certain places.”

He added, “My other perception is, or sense is, that there’s no marketing that’s ‘science’ at this point and that, particularly in those cases where the marketers are going to get into or start making claims relating to serious diseases, a strong law enforcement response is required.”

Given the vast number of CBD products on the market, Cleland said the agency must “prioritize” its actions.

“We have to look at the ones that we think have the potential for creating the greatest harm, and those would be the ones that are making the serious disease claims,” he explained.

The recent warning letters, and those issued earlier in 2019 in collaboration with FDA, focused on diseases like Alzheimer’s disease, cancer and Parkinson’s disease, noted Cleland. He added, “I suspect that that’s where we will continue to focus at this point.”

In the comment section of a recent blog by an FTC official related to CBD health claims, one person wrote: “When is FTC or FDA actually going to take action? These letters are not a deterrent and consumers are being defrauded continuously in new, creative ways every day. Until these CBD snake oil sales people feel it in their bank accounts, they’re never going to stop!”

Cleland said the warning letters are acting as “somewhat of a deterrent.” For example, he noted his agency searched websites selling CBD products and making disease claims before it issued its joint warning letters with FDA. FTC revisited those websites before sending its recent letters and discovered some of the websites had removed claims that concerned federal regulators.

“That tells me that somebody … became aware of the FDA/FTC letters and took corrective action,” he said. “There could be other explanations, but I’d like to believe that that’s what happened.”

Daniel Fabricant, Ph.D., president and CEO of the Natural Products Association (NPA), said FTC’s enforcement strategy is consistent with its behavior in other areas, such as weight loss products in which it sent warning letters and then proceeded with more aggressive tactics.

FTC officials have identified “holes” in the advertising claims for CBD, suggesting “consumer fraud, and they’re going to be vigilant,” Fabricant said. “We’re not a fraudulent industry. If people don’t have substantiation, don’t make the claim. It’s that simple.”

Justin Prochnow, son of Jim Prochnow and also a partner in Denver with Greenberg Traurig, suggested an FTC warning letter tends to create more alarm for businesses than receiving a similar letter from FDA. Since 2015, FDA has sent many warning letters to marketers of CBD over disease claims, but the agency hasn’t moved beyond them with more aggressive enforcement action.

“We want to be compliant with the FDA and be good citizens, but the FTC is the one that most people are a lot more scared about because they’re going to be looking for money and potentially holding their thumb over you for the next 20 years,” he said in an interview. “It just ends up being more serious.”

What’s more, it’s highly unlikely a marketer would have the science to substantiate advertising claims that CBD treats a disease. The reason: FDA has only approved one CBD drug—Epidiolex—following years of clinical trials to treat seizures associated with two severe forms of epilepsy.