HomeIngredientsLiver health compounds in hemp hulls could be upcycling opportunity
Recent
Latest
Sponsored Content
How brands can get their trade spend under control – article
Sponsored Content
Going organic lifts everyone up – video
6 natural brands partner with UNSTUCK on new product line to aid refugees
Jun 23, 2022
Sponsored Content
The power of organic messaging – download
Trending
Getting ready for 2023: Trends for brands to consider
May 17, 2022
Unboxed: 7 clean collagen powders with a twist
Jun 21, 2022
12 brands marketing positivity, kindness and joy
Jun 17, 2022
Coca-Cola axes Honest Tea, but its founders are just getting started
Jun 07, 2022

Liver health compounds in hemp hulls could be upcycling opportunity 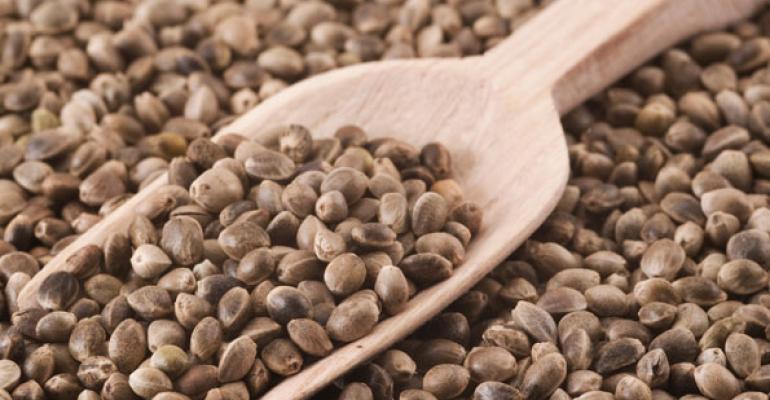 Two compounds being studied for possible benefits for people suffering non-alcoholic fatty liver disease have been identified in hemp hulls by an artificial intelligence platform analyzing plant ingredients for use in supplements. The finding suggests a possible dietary supplement use for hemp that does not include CBD, THC or any of the plant's dozens of cannabinoids.

Forager, the AI platform from Brightseed, previously found the compounds in black pepper, but the presence in hemp hulls, which are typically discarded in processing, presents an upcycling opportunity, said Brightseed COO Sofia Elizondo.

"Hemp is one of the most sustainable and versatile crops on the planet, and hemp seeds, or the hearts, are celebrated for their dense nutritional profile. The irony is that we've been tossing the wrapper of hemp hearts without realizing they are a potential goldmine for health," she said.

Brightseed's AI capabilities are deployed to match bioactive compounds in plants to potential application in human health. The Forager platform has mapped 1.5 million plant compounds. Brightseed, which is working with supplement companies that include Pharmavite and Ocean Spray, won an NBJ Award for Science and Innovation in 2021.

The two compounds, N-trans-caffeoyltyramine (NCT) and N-trans-feruloyltyramine, have been studied in mice with benefits demonstrated liver health benefits. According to Brightside, human clinical trials are underway.

HempFusion Wellness, a pioneering CBD company, was not involved in the research but Chief Marketing Officer Ola Lessard said the new finding illustrates how much untapped potential remains in the hemp plant.

"I think we're only seeing the tip of the iceberg in terms of what hemp has to offer," Lessard said.  "We already know it's an incredibly valuable plant, with respect to the health benefits already discovered. And with each new discovery, we learn more and more about hemp, and what it still has to offer. Who knows what's next?"