HomeIngredientsMartek purchase gives DSM more ammo to compete in global omega-3 market
Recent
Latest
Innovation at Milkadamia is a weekly exercise
May 27, 2022
Sponsored Content
Are there potential carcinogens swimming in your biobased laundry detergent? – article
Rowdy Mermaid disrupts functional beverages with science-based innovation
May 26, 2022
Monitor: Environmental claims confuse consumers—even natural shoppers
May 26, 2022
Trending
Getting ready for 2023: Trends for brands to consider
May 17, 2022
Natural beauty market trends
Jun 16, 2021
The Planting Hope Company aims to prove gender equity leads to success
May 23, 2022
Podcast: What brands need to get on shelf at Fresh Thyme Market
May 24, 2022
NBJ
brought to you by 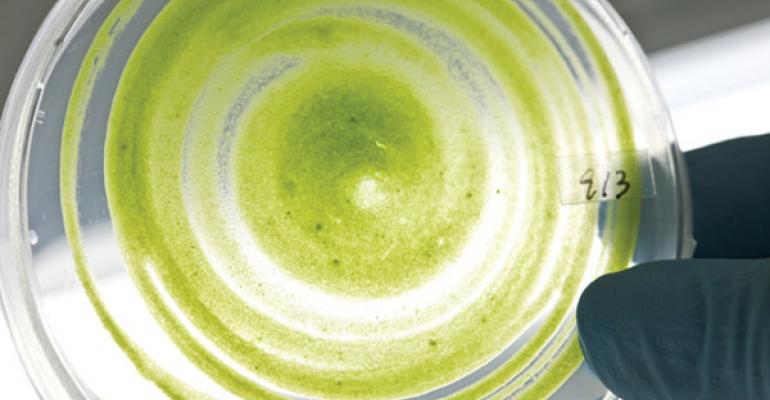 Deal is significant news for the global nutritional ingredients market because it represents DSM&rsquo;s largest nutrition investment since the company purchased Roche&rsquo;s vitamins and fine chemicals division in 2002. Perhaps more significantly, it adds to the competition and complexity of the global omega-3 market.

News of Royal DSM’s offer to acquire Martek Biosciences Corp. for $1.09 billion was seen as a positive step for both companies today, with Martek shares surging on the news and market analysts praising DSM for striking a “sound strategic” deal with the algae-based omega-3 company. DSM is paying $31.50 per share, which is a 35 percent premium over Martek’s closing share price on Monday. Analysts report that the 8.5-times EBITDA price DSM is paying for Martek is in line with recent industry acquisitions, including BASF.

As analysts have also noted, the move is in line with DSM’s strategy of shifting its focus from traditional chemicals to nutrition and pharmaceutical products. “The nutrition area is a key area of growth for us,” DSM board member Stephen Tanda told NewHope360.

The deal is significant news for the global nutritional ingredients market because it represents DSM’s largest nutrition investment since the company purchased Roche’s vitamins and fine chemicals division in 2002. Perhaps more important, it adds to the competition and complexity of the global omega-3 market.

What is in it for Martek?

“We are pleased that this transaction appropriately recognizes the value of Martek’s nutritional ingredients, technology platform, market position and skilled workforce, while providing significant value to our stockholders,”Martek CEO Steve Dubin said in a statement. “We have worked collaboratively with DSM for many years, and we are confident that they share our vision for Martek’s future.”

DSM provides a key ingredient for Martek’s omega-6 ARA. “We have known Martek for more than 15 years and have close ties on the technology and business development sides,” Tanda said.

Although Martek has been working to build a larger international market for its algae-based ingredients, the DSM deal provides the company with access to a well-greased global sales, marketing and application-development engine for growing its business beyond the United States. “[DSM] has a strongly developed global infrastructure based on our vitamin, enzyme and cultures businesses,” said DSM board member Stephen Tanda. “We were looking for a product that we could distribute through that global footprint, and Martek’s business fit the bill well.”

DSM also wants to add fuel to Martek’s nascent food and beverage business. “We are talking about everything from margarines to yogurts to beverages to cereals,” Tanda said. “More and more of these are fortified with PUFAs, but some of that is fish oil and many companies prefer a vegetarian source—that is where Martek can play. We can do that much more rapidly, particularly outside of the United States, since we have hundreds of people around the world who call on these very customers with our other healthy ingredients.”

Dietary supplements and high-value animal feed ingredients are two other markets that DSM sees as growth pockets for Martek’s algae-based platform, Tanda added. “Martek is also strong in industrial biotechnology and that is an additional value driver,” he said, noting Martek’s partnership with energy giant BP to develop algae-based biofuels. “That fits nicely with our biotech platform.”

What is in it for DSM?

Adding Martek to its Life Sciences portfolio gives DSM the diversification it needs within the nutrition market. Market analysts praised the acquisition for its fair price and sound strategic rationale. Wrote J.P.Morgan Cazenove: “We view the deal as fully in line with DSM's strategy of accelerating growth in its Life Sciences franchise, while addressing market concerns over the long-term sustainability of its profitability in vitamins.”

DSM currently sells a fish-based omega-3 ingredient called Ropufa, but Martek will enable it to move into the growing vegetarian omega-3 market.

The acquisition also gives the company more ammunition to compete in the evolving and highly competitive global omega-3 market. “We felt this was the time to do the deal,” Tanda said. “Martek is fairly unique and highly differentiated.”

Martek owns approximately 350 patents, one of which will expire in 2011 and one in 2014. Tanda said the expirations didn’t deter DSM from the deal. “DSM also has significant intellectual property in this area,” he said. “The combination of Martek and DSM will ensure that these products are competitive for a long time to come.”

Analysts were particularly pleased with the price DSM is paying for Martek. “DSM is not overpaying,” wrote RBS analyst Mutlu Gundogan. “We believe that one of the reasons why DSM’s shares have traded at a discount versus the sector was that the market feared it would do a value destroying acquisition, which they today show is not the case.”

2010 has been a momentous year for the omega-3 market, with suppliers looking for new ways to provide sustainability, non-marine-sourced ingredients and global reach.

This latest deal will help ensure that DSM can remain a top player in the global DHA and EPA market and compete in a landscape that now includes other large mainstream players such as DuPont and that increasingly favors non-marine-sourced PUFAs.

When asked about the timing of the Martek purchase, DSM’s Tanda said the company had been in discussions with Martek for a long time. “We don’t do these deals in weeks or even months,” he said. “In the end, you make a decision based on whether a transaction will create value, which we believe this one does—for both Martek shareholders and DSM.”

As Functional Ingredients magazine's editor-in-chief, Todd Runestad, notes, DSM's purchase of Martek isn't likely to be the last deal of its kind in the omega-3 market. "I'm eager to see what else happens in 2011," Runestad said.

Krill oil supplier Neptune could possibly be at the top of the acquisition list, Runestad added. Meanwhile, smaller omega-3 companies are likely to be "trembling in their boots" given that a global player such as DSM is now even larger.