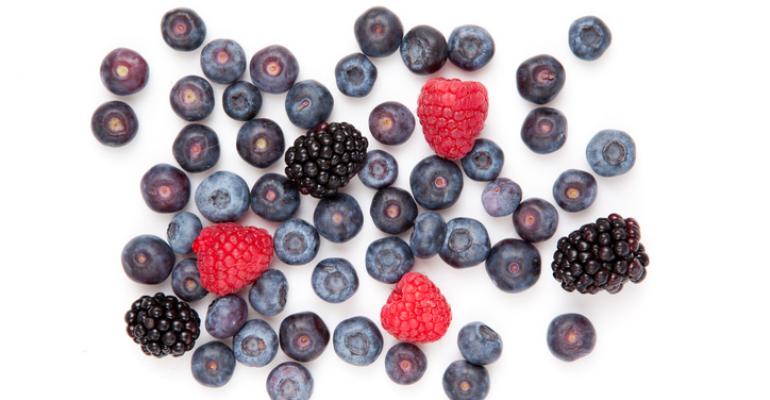 Recent research adds juice to the premise that little blueberries may hold big time power against Alzheimer’s. The research was presented at the 251st National Meeting & Exposition of the American Chemical Society.

"Our new findings corroborate those of previous animal studies and preliminary human studies, adding further support to the notion that blueberries can have a real benefit in improving memory and cognitive function in some older adults," lead researcher Robert Krikorian, PhD, said in an ACS release. The key to the berries' potency may be their anthocyanins, he said. Research has shown that darkly pigmented berries provide some of the highest levels of health-boosting anthocyanins.

Krikorian and his team at the University of Cincinnati Academic Health Center conducted two human studies to follow up earlier clinical trials. The first involved 47 adults aged 68 and older who had mild cognitive impairment, a risk condition for Alzheimer's disease. The researchers gave them either freeze-dried blueberry powder, equal to about a cup of berries, or a placebo powder once a day for 16 weeks.

The second study included 94 people aged 62 to 80. These subjects didn’t have objectively measured cognitive issues but subjectively felt their memories were declining. They were divided into four groups: one group received blueberry powder, one got fish oil, one got fish oil and powder and one group got a placebo.

Cognition was better for those who took the blueberry powder and for those who took fish oil, but the improvement was not as striking as with the first group. Krikorian believes that may be because they had less severe issues at the onset of the study.
The team plans to conduct a blueberry study with younger people, ages 50 to 65, to help further determine if the berries could help prevent the onset of Alzheimer’s.