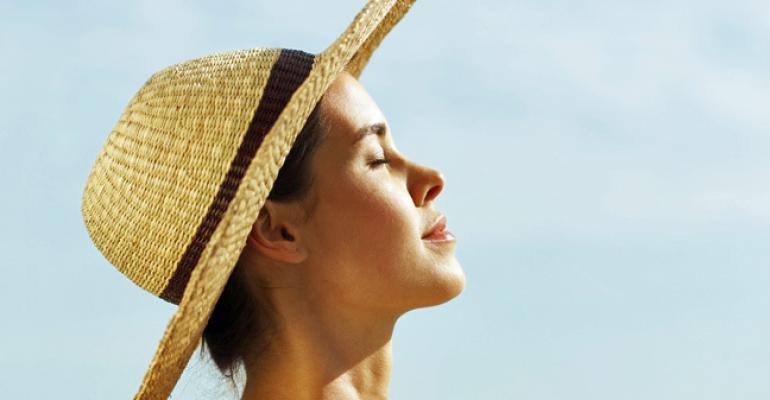 In the as-yet unpublished study, conducted in Italy by an independent laboratory, 105 subjects were divided into three groups and given dietary supplements containing either 100 mg or 250 mg of NutroxSun or a placebo. Researchers then exposed the skin on their backs to UV light and measured levels of skin damage at regular intervals.

Fernando Cartagena, director of Monteloeder, said: “This study is an unusually large trial for this field of nutrition and we’ve been delighted with the positive results, which have been greater and have been demonstrated more quickly than we’d expected. We’re also pleased to see that similar results were achieved for both the 100 mg and 250 mg doses, with the statistical difference between the two considered insignificant across all three of the these anti-ageing parameters. Previous studies have demonstrated the efficacy of NutroxSun at 250 mg a day, and this trial confirms this once again. However, it’s noteworthy that a 100 mg dose works just as well. This means it’s possible to create dietary supplements that are easier for consumers to take—for example in one capsule instead of two—and which cost less to produce without any negative impact on the effectiveness of the product.”

The researchers also measured levels of skin redness among the subjects and found that while the 250 mg dose got to work fastest, reducing redness after just 25 hours, the 100 mg dose began delivering benefits soon afterwards—within 48 hours. Meanwhile, levels of redness in the placebo group increased substantially.

In addition, the research team recorded the minimal erythema dose (MED)—the threshold dose of UV at which sunburn first appears. It was found that both the 100 mg and 250 mg groups experienced a 20 percent increase in their MED, thereby significantly delaying the onset of sunburn, after taking NutroxSun for one month. In contrast, the placebo group registered an increase of only 2.7 percent.

NutroxSun is a blend of natural grapefruit and rosemary extracts in a powder form that’s easy to use in applications such as dietary supplements and functional shots and beverages. This latest study adds to an already strong body of evidence demonstrating its efficacy in providing skin defence from within.

Monteloeder will showcase the scientifically proven benefits of NutroxSun on Stand F51 at Vitafoods Europe, which takes place in Geneva from May 5 to 7, 2015.