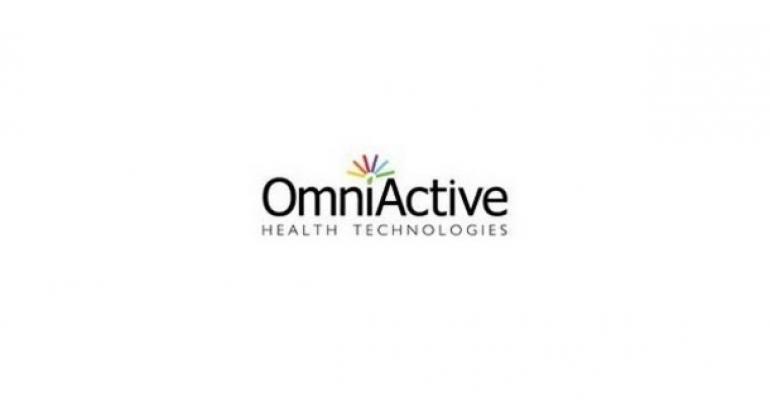 Vijaya Juturu Ph.D., FACN, manager of global scientific and clinical affairs with OmniActive Health Technologies presented two posters on emerging science surrounding highly soluble curcumin (CurcuWIN™) during this year’s Experimental Biology (EB) meeting, which ran from March 28 to April 1 at the Boston Convention and Exhibit Center in Boston. The curcumin posters were based on in vitro and in vivo model studies conducted by OmniActive in collaboration with researchers from Firat University (Turkey).

The first study, “Curcumin (CurcuWIN) Improves Antioxidant Capacity and Reduces Inflammation Following Downhill Running-Induced Muscle Damage,” investigated the effects of curcumin supplementation on changes in serum parameters and antioxidant status of muscle in rats after exhaustive exercise on a motor-driven rodent treadmill. A significant decrease in LDL-cholesterol and triglycerides was also observed in CurcuWIN-treated groups. These results suggest CurcuWIN is a potential ingredient for preventing muscle damage as well as improving exercise performance and increase in time of exhaustion.

In the other study, “Antioxidant Properties and Safety Evaluation of Curcumin (CurcuWIN),” the antioxidant effects and safety of curcumin supplementation in rats was monitored for a period of six weeks. CurcuWIN’s antioxidant effects were shown by significant decrease in muscle oxidative stress markers and the significant improvements in antioxidant enzymes in curcumin treated groups. Demonstrating the safety of CurcuWIN, no treatment related changes in liver and kidney functions, and no histopathological changes were observed. Study results indicate that CurcuWIN is safe, has antioxidant properties and reduces oxidative stress markers.

“There is an immense breadth of science suggesting that curcumin has tremendous health benefits, and these two particular studies show the advantages of CurcuWIN™—a safe form of highly soluble curcumin, with new and unique science showing its enhanced anti-inflammatory and antioxidant properties,” stated Dr. Juturu. “The results of both of these studies have huge implications on the future success of this potent ingredient.”

CurcuWIN is a highly bioavailable form of curcumin. In a well-controlled human clinical trial—the first curcumin study of its kind—comparing commercial curcumin products, CurcuWIN increased relative absorption of total curcuminoids 46 times over standard curcumin. In the same trial, CurcuWIN was shown to be significantly more bioavailable than other enhanced commercial forms of curcumin. Nutrition Journal published the study results on Jan. 24, 2014.

“OmniActive is engaged in studies like these as we continue to contribute to the growing science of innovative forms of curcuminoids, such as CurcuWIN,” noted Jayant Deshpande, Ph.D., CTO, OmniActive. “These studies further broaden the usage of curcuminoids into a variety of novel formulations.”