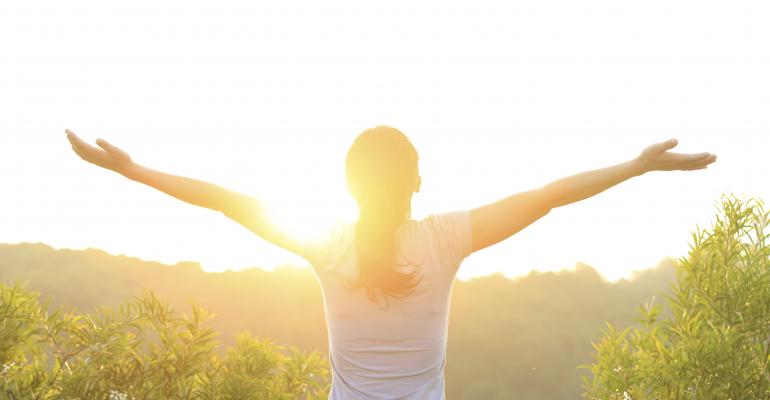 You’d have to be living in a cave—and therefore vitamin D deficient—to have missed the nonstop news stream about this remarkable vitamin. Why all the attention? Two reasons, really. First, the surge in research. Second, the alarm bells when doctors realized that three of every four Americans have low levels of vitamin D.

Salmon and mushrooms are the best dietary sources of vitamin D. There aren’t many others. The best source of the “sunshine vitamin” is the body, but to make it, one must spend at least 10 minutes in the sun each day sans sunscreen and with the skin largely exposed. That’s something few people seem inclined to do, so, supplements become the ideal alternative.

Not surprisingly, all the research has fueled vitamin D sales from an estimated $42 million in the United States in 2002 to $652 million in 2012, according to NBJ’s Supplement Business Report 2013. And little by little, vitamin D is shifting from a “winter” vitamin (because people make less when the sun is low on the horizon) to more of a year-round supplement. Of the two forms of vitamin D supplements—D2 and D3—the latter is arguably the more natural one because it’s the kind made by our bodies. Vitamin D3 is also far better absorbed than D2, and some research suggests that D2 actually lowers D3 levels in the body.

Here’s what we’ve gleaned from the latest research.

Life expectancy. Because vitamin D plays so many roles in the body, a deficiency can boost the risk of dying sooner rather than later. A European study of more than 16,000 middle-age and elderly men and women determined that low vitamin D levels were associated with a 57 percent greater risk of dying from any cause, including cardiovascular diseases, over periods ranging from four to 16 years.  By implication, people with adequate levels were half as likely to die during the study.

Cancer prevention. More than 60 studies have tied adequate vitamin D levels to a lower risk of various cancers, including those of the breast, prostate, colon and lung, as well as leukemia and myeloma.  But the vitamin really shines when it comes to improving the survival of cancer patients, especially those diagnosed with lymphoma, colorectal cancer and breast cancer.  New studies have found a 42 percent to 50 percent lower risk of death from breast cancer when women maintained relatively high levels of vitamin D.

Aches and pains. Researchers have found that supplemental vitamin D can ease pain.  A study of 60 Norwegian men and women with chronic pain, including fibromyalgia, discovered that one-fourth were deficient in the vitamin. After three weeks of regular sun exposure, the patients’ vitamin D levels rose and they benefited from an average 60 percent decrease in pain.  Several previous studies have found that vitamin D supplements can help with low back pain.

Blood sugar. A respectable body of research has shown that vitamin D, sometimes in combination with calcium, can prevent or control prediabetes and type 2 diabetes. Both nutrients are involved in insulin function and the regulation of glucose. A new study at the University of Massachusetts Medical School found that vitamin D supplements from eight to 16 weeks led to a 10 percent reduction in blood sugar levels.  In separate research, vitamin D supplements led to significant reduction of blood sugar and improvements in insulin resistance in women with gestational diabetes.

Bone and muscle. You need vitamin D to make muscle and to get calcium into bone. Scottish researchers reported that taking 1,000 IU of vitamin D daily helped maintain bone density in older women, while smaller amounts or placebos did not. A combination of vitamin D and calcium reduced the risk of hip fractures, according to researchers at the Fred Hutchinson Cancer Research Center in Seattle.

Secret Shopper: Should I worry about rice protein in supplements and other packaged products?
Oct 26, 2014