HomeArchiveResveratrol could help ease depression
Recent
Latest
Sponsored Content
Organic agriculture and its impact on ingredients and the planet – webinar
Sponsored Content
The goodness wrapped in a certified organic seal – video
Podcast: What brands need to get on shelf at Fresh Thyme Market
May 24, 2022
Natural Habitats releases Palm Positive+, A Reference Guide
May 24, 2022
Trending
Getting ready for 2023: Trends for brands to consider
May 17, 2022
Whole Foods' honors 30 companies with 10th annual Supplier Awards
May 18, 2022
6 tips to promote consumer understanding of Certified Organic
May 18, 2022
Natural beauty market trends
Jun 16, 2021 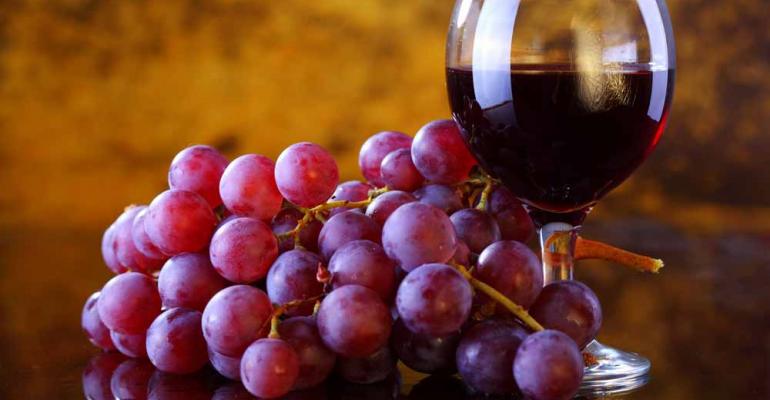 New study finds that the anti-inflammatory agent found in the skin of red grapes can thwart inflammation and depression-related behaviors in rodents exposed to a social stress.

Scientists have recently discovered a link between inflammation and depression, which affects approximately 148 million people in the United States. A new study finds that resveratrol—a natural anti-inflammatory agent found in the skin of red grapes—can prevent inflammation as well as depression-related behaviors in rodents exposed to a social stress.

“Our research is very relevant to today’s society because it investigates potential treatments for people with an increased susceptibility to depression and related disorders that arise due to social stress,” said Susan K. Wood, Ph.D., assistant professor at the University of South Carolina School of Medicine and leader of the research team. “We hope our findings will encourage scientists who are running clinical trials to test the effectiveness of natural anti-inflammatory agents on depression, which is currently an understudied area.”

Some psychiatric disorders are known to arise from a social stress, such as bullying or the loss of a loved one. In previous research, Wood’s team developed an animal model for this type of social stress in which a larger, more aggressive rat takes on the role of a bully. Some rats exposed to the bullies developed both depressive-like behaviors and inflammation while the rats that did not develop depressive-like behaviors showed no inflammation.

In the new work, the researchers repeated their experiment with one key difference: the bullied rats were given a daily dose of resveratrol roughly equivalent to the amount found in six glasses of wine. They found that resveratrol blocked the increased inflammation in the brain and also prevented the depressive-like behaviors in animals that would have normally developed those behaviors.

“Resveratrol appears to knock down inflammation throughout the body,” said Julie Finnell, a doctoral student in the research team who will present the findings at the American Society for Pharmacology and Experimental Therapeutics (ASPET) Annual Meeting during Experimental Biology 2015. “We found that administering resveratrol blocks the inflammation we would normally see in animals undergoing the bullying stress and brings it to control levels. We saw that consistently with IL-1ß [a pro-inflammatory protein] and many of the other inflammatory markers that we analyzed.”

In addition to being naturally present in the skin of red grapes and in red wine, resveratrol is also sold as supplement. Studies have shown that the natural agent might be responsible for red wine’s ability to prevent blood vessel damage and reduce LDL cholesterol, and experiments using high doses of resveratrol in animals have suggested it might help protect from obesity and diabetes.

Wood said the group’s findings are exciting because they show that resveratrol has anti-inflammatory potential in the brain, not just on levels of inflammation circulating in the body. “Certainly, there is a strong case being built now between clinical and preclinical work that inflammation is linked to depressive symptoms, and there is a great need for these findings to be validated in human studies,” she said.

The researchers are now expanding upon their rodent experiments to test whether resveratrol can reverse the effects of social stress after they develop.

Julie Finnell presented the findings during the Experimental Biology 2015 meeting on Monday, March 30, at the Pain Mechanisms: Inflammation and Cannabinoids poster session in Exhibit Halls A & B, Boston Convention and Exhibition Center.

The study was funded by a grant from the National Institutes of Health (P20GM103641).