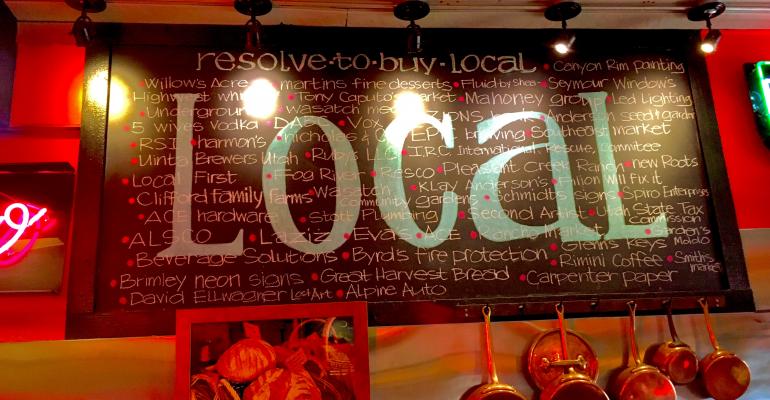 The distance between farmer and producer can be small on the map but vast in understanding.

Nutrition Business Journal Editor-in-Chief Rick Polito and aronia berry farmer Andrew Pittz set off on a journey from Boulder, Colorado, to Anaheim, California, visiting farms and interviewing industry leaders and politicians along the way to explore the connection between American agriculture and the dietary supplement and functional food industries. This is part two of five. Read the rest here.

With the morning sun still low in the sky, the drive to Salt Lake City offers a rhythm of light and shadow. A lake broad, open and bright. A narrow canyon thrown into shade. The snow of Park City alternates between a glare of white and shaded gray. It’s fit for a symphony.

But Andrew wants to listen to country again. He explains to me that it’s "Outlaw Country," a satellite radio station that offers “Country with an Edge.”

I’m unconvinced, and turn the audio down so we can talk and chart out the day.

It will be our longest stretch—the western edge of Wyoming to Sacramento, with a whole lot of very little in between before entering 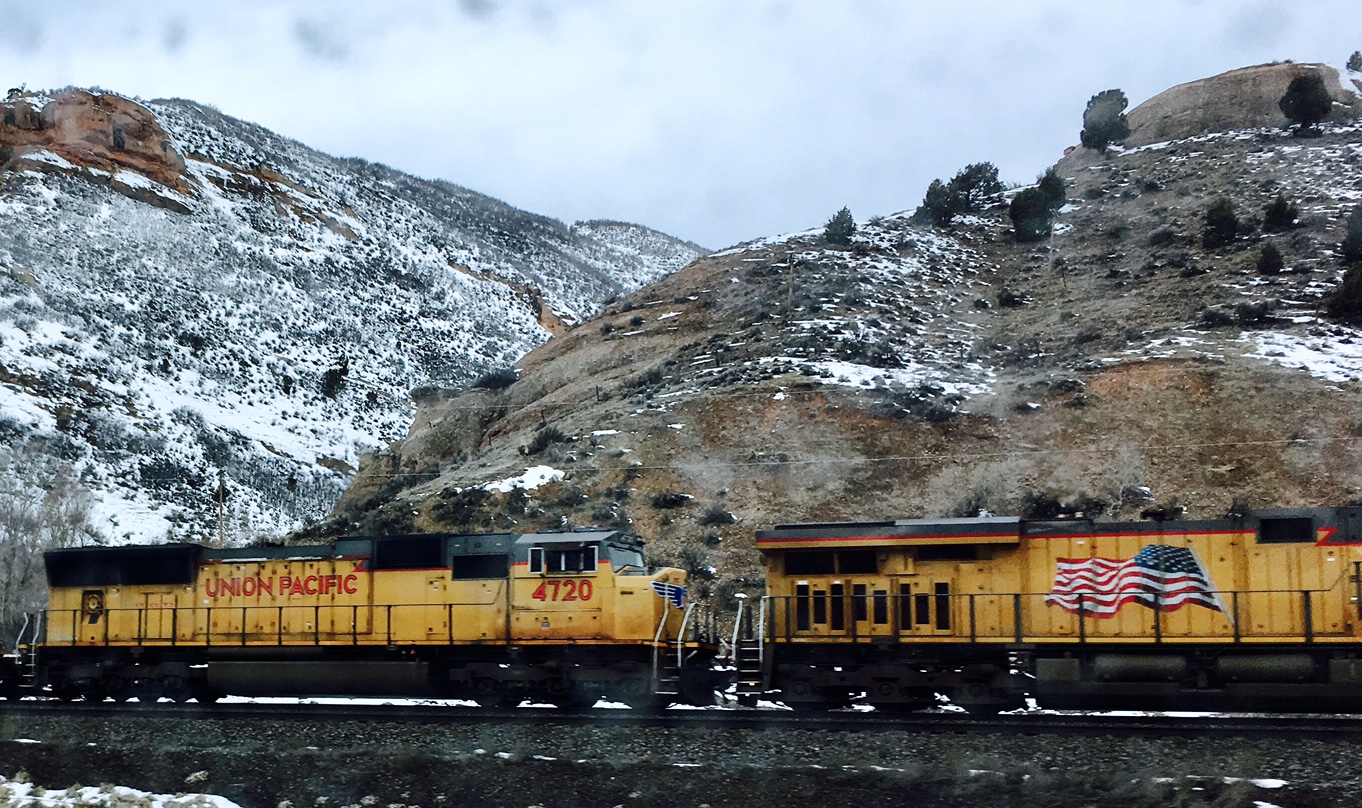 California with the worrisome challenge of a winter crossing of Donner Summit. We have a schedule of dash-cam phone interviews to punctuate the 700-something miles, but I warn Andrew that Nevada will be our bleakest stretch. There’s not much agriculture in Nevada, and the only crop they’re raising along the I-80 route is inmates. Prisons are the only notable economic activity we will see.

But first there will be breakfast with Loren Israelsen in the Salt Lake City neighborhood near his home. Israelsen is the president of the United Natural Products Alliance and a veteran of the supplement trade. He’d promised to gather a group of industry executives who could talk about supply chain challenges and the business of ingredients.

We find parking across the street from the cafe, the only business on a tree-lined street, and meet Loren and his wife, Corinne. There is no coterie of industry heavyweights, no inside scoop on supply chain shenanigans.

There’s something, and somebody, much more important. There’s Avenues Bistro on Third and its owner, Kathie Chadbourne.

A beaming smile in middle age, Chadbourne has no history in natural products. She doesn’t go to Expo West. She knows Loren from the neighborhood, not the UNPA. But she understands an element in our mission that we could easily have forgotten.

There is a simple something about food, where it comes from and how it is shared, that builds connections. Some of the food she serves comes from a garden behind the bistro. Some of it comes from neighbor’s gardens and fruit trees. The small wood-framed building dates to 1905 and has a history built into the wood plank structure by all the businesses it has housed—Chadbourne includes the story of the downstairs speakeasy in her enthusiastic tour of the grounds and the building’s numerous nooks.

In its current identity, the building is a focal point for the neighborhood, and Chadbourne happily calls out to families passing by. A sign looking over the dining room spells out her mission statement in bold letters: Community, Conversation, Cuisine. “In that order,” she says, emphatically.

Getting people to think about how they eat and to think about their connection to the farmers and the supply chain means getting them to think about community and connection. She gushes about the children who “get to see where food comes from for the first time” and tells a story about a group of teens who came for a tour, shuffling, shrugging and disinterested. Then she walked them through.

They saw the gardens. They saw the fruit trees, the bee hives. They saw how the food was gathered and cooked. The too-cool-to-care teens were transformed, she tells us. “They all wanted to hold the chickens.”

Food, when it’s connected to community, has that power, she tells us.

Local doesn’t have to be measured in the miles from farm to plate. It’s measured in connections, she tells us. “This is a restaurant where people in these apartments over there and these mansions over here can all come together,” Chadbourne says. “Everything is centered around food, but the essence of the bistro is community.”

At our table, after breakfast (all organic, all delicious) Israelsen reminds us that the nutrition industry, in its best moments, should be much the same as what we’ve seen in Chadbourne’s Bistro. “We are a community of people. It’s shared ideas. It’s a shared sense of common purpose that really holds us together,” he tells us. That community could be widened to include the connection to food and farmers, and it would be stronger. That’s what he wanted to show us with a simple breakfast instead of the executives roundtable we’d expected.

We drive out of Salt Lake City smiling. Chadbourne’s grin was infectious that way.  Andrew was exuberant about the power of “place-based businesses” and how farms can claim that identity. I was impressed to the point of jealousy. We all need connection and community, and we need the passion for creating it that Chadbourne exudes.

It’s most of what we talk about for the next 50 miles, as we drive into the two-dimensional expanse of Utah’s salt flats.

But of course we have phone calls to make, and a dash cam to use.

Kantha Shelke answers the phone as we cross the border into Nevada. She is a consultant to the nutrition industry, and she is always willing to take that industry to task. We reach her in our first miles into the bleak line I-80 traces across Nevada, an expanse of dirt and rock, punctuated by trailer parks, gas stations and the occasional penitentiary. We welcome the distraction and the conversation.

For Shelke, the story of transparency finds its opening chapters on farms and yet, she says, the relationships between the farmers and the marketers making the transparency claims can be tenuous to nonexistent.

Consumers have an expectation of transparency. Food and supplement companies have an obligation to it, Shelke says.

That obligation cannot be answered without connection, and connection between brands and farmers is sorely lacking, she observes. A supply chain that begins on American farms and ends in American products could be part of an answer.

Connecting supplement makers with American farmers has always been a complicated proposition, but a convergence of forces could be making that connection stronger.  When we reach Council for Responsible Nutrition President Steve Mister, he tells us several of those forces should remain top of mind for more supplement companies. The Food Safety and Modernization Act, requiring more documentation of ingredient sourcing, is one. New scrutiny of ingredient identity, including industry-led programs, is another. 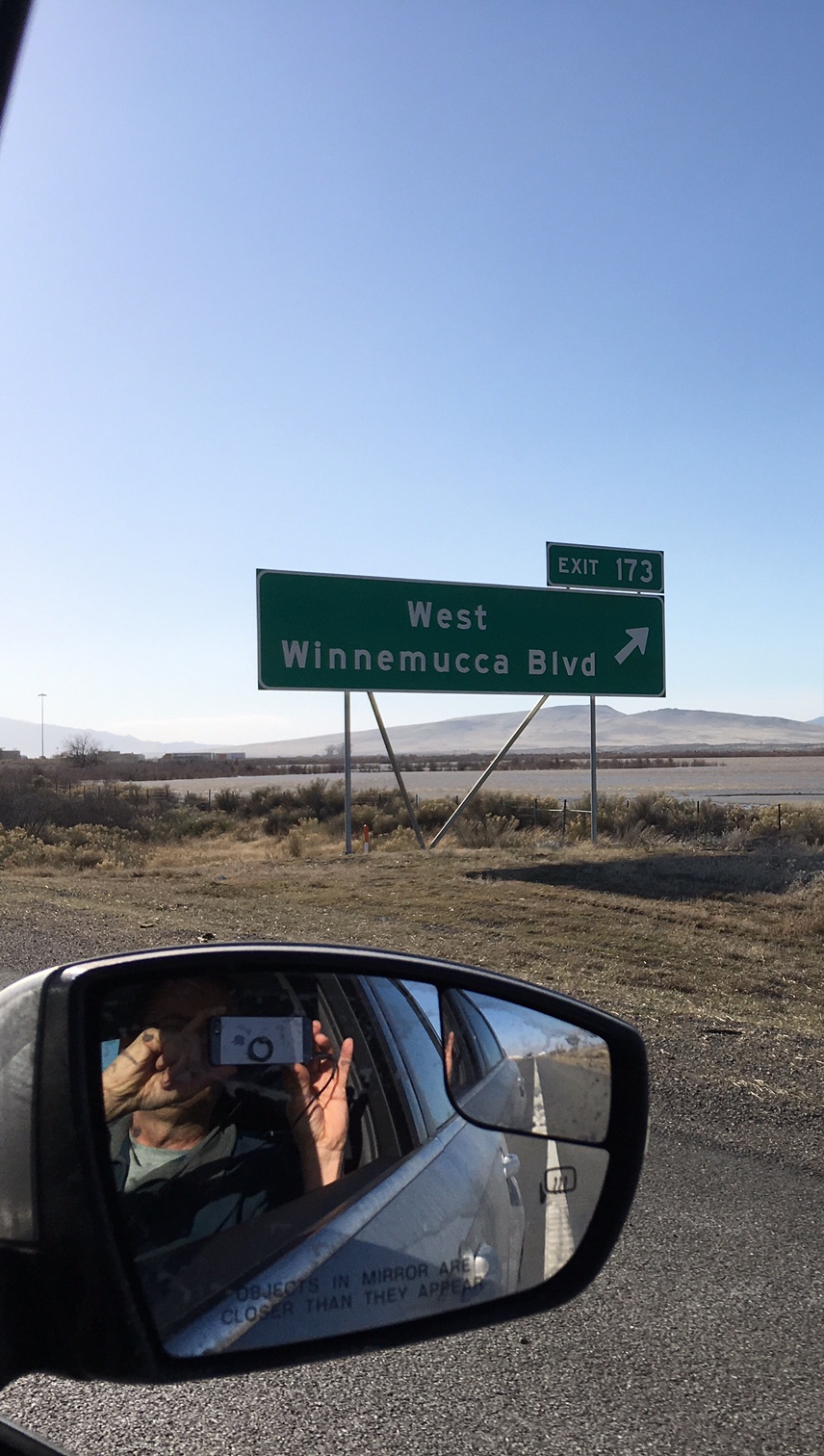 But transparency may be the biggest one of all. People who want to know where their food comes from now have the technology to find out. Companies that don’t offer trace-it-back to the farm technology could be at an increasing disadvantage with those consumers. Tracing it back to an American farm might be even more important. “For that niche of consumers, there would be a greater interest in having U.S. farmers in there and competing,” Mister says.

That’s when the connection to farmers becomes practical, profitable and possibly essential.

The sun sets early at the eastern base of the Sierra, and we reach the outskirts of Reno at dusk. The gambling town that calls itself “The World’s Biggest Little City” isn’t very exciting to look at from the highway, but it’d be a place to stop after so many miles in the car.

Except we can’t stop. Donner Summit is ahead.

Donner Summit is not to be taken lightly. Anybody in Northern California who has held both a driver’s license and a lift ticket probably has a tale of traffic trauma to tell that begins somewhere near the summit and stays there, for hours. In this drought-busting year, the season’s snowfall in the area is approaching 50 feet by the week of our trip. Yes, feet. We’ve already rescheduled the trip specifically to avoid an impending storm, but we are still racing to get over the summit before that storm arrives.

We do, but barely. Visibility is in the cringe-and-hold-tight range. Fog and snow sweep across the highway, and the lanes are difficult to define.

Andrew leans forward over the wheel. I hold tight and double check my seat belt. But we make it.

And then it’s truly all downhill to Sacramento, a burger and bed.