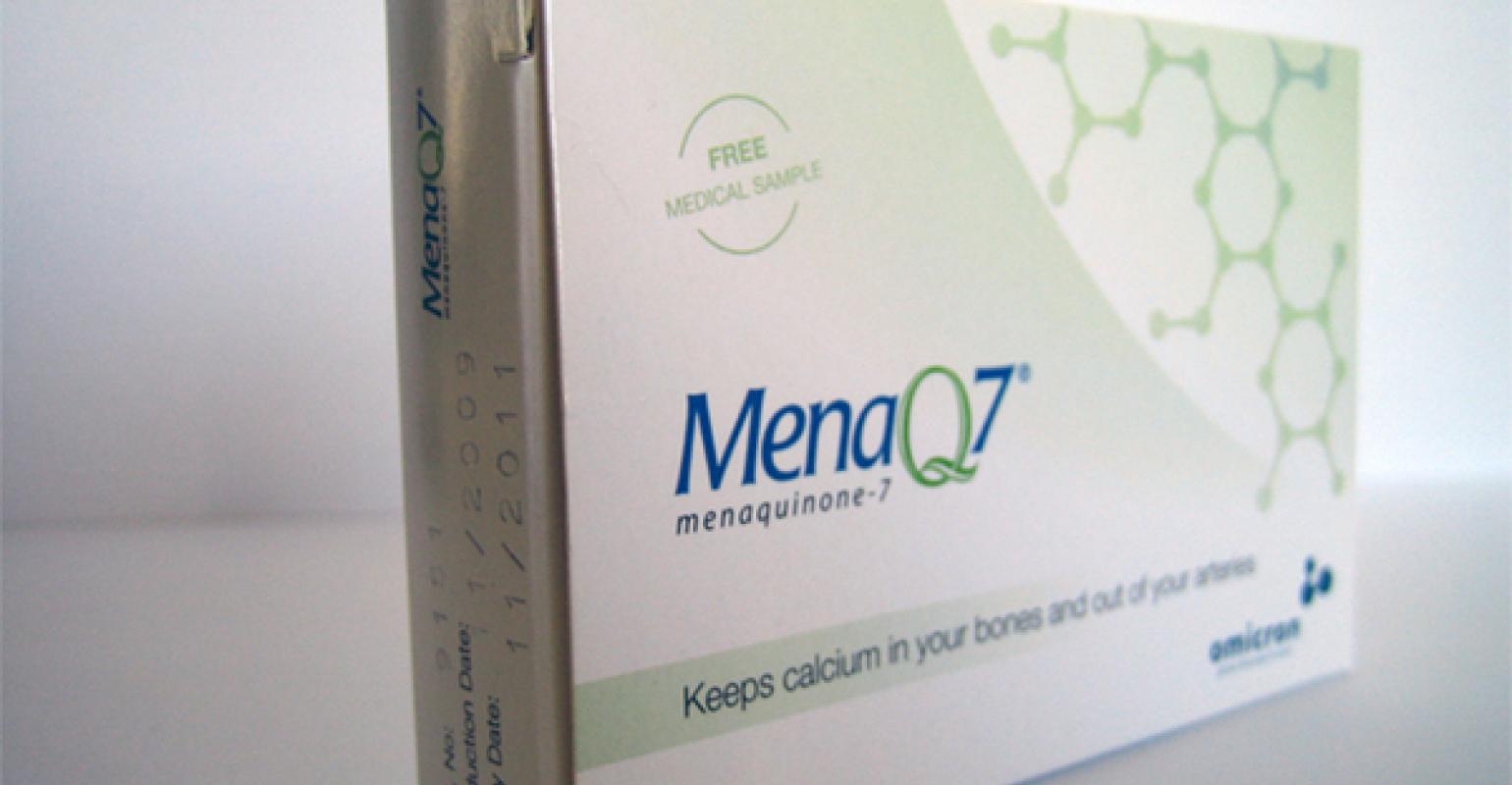 NattoPharma has announced the publication of a new study performed in collaboration with VitaK BV, the research Institute, Maastricht, Netherlands, in Food & Function.

In the study, researchers tested 896 blood samples collected from 110 healthy volunteers, a group composed of 42 children and 68 adults. The researchers took measurements of biomarkers reflecting the vitamin K2 status in healthy volunteers by measuring both circulating dp-ucMGP and ucOC—undercarboxylated (or inactive) proteins specific to heart and bone health, respectively.

From the age of 40 years the dp-uc MGP levels at baseline—before any intake of vitamin K2 - gradually increased, pointing to an increased need for vitamin K2 supplementation with increasing age. Children had the highest levels of ucOC, also pointing to a vitamin K2 deficiency.

In the study, those children and adults with the most pronounced vitamin K 2 deficiency showed the highest responses to supplementation with MenaQ7®, the proprietary vitamin K2, menaquinone-7 from NattoPharma.

“Children and adults above the age of 40 years showed the largest vitamin K2 deficiency, and accordingly may benefit from MK-7 supplementation to improve their vitamin K2 status,” says principal investigator Elke Theuwissen of VitaK.

“This study demonstrates a general vitamin K2 deficiency in the whole population,” says Hogne Vik, CEO of NattoPharma. “Supplementation with vitamin K2 (MenaQ7) improves the status of the biomarkers correlating with a normal vitamin K2 level in the body that is especially important for bone development in children and for supporting bone density and vascular health in adults from the age of 40 years onward.”