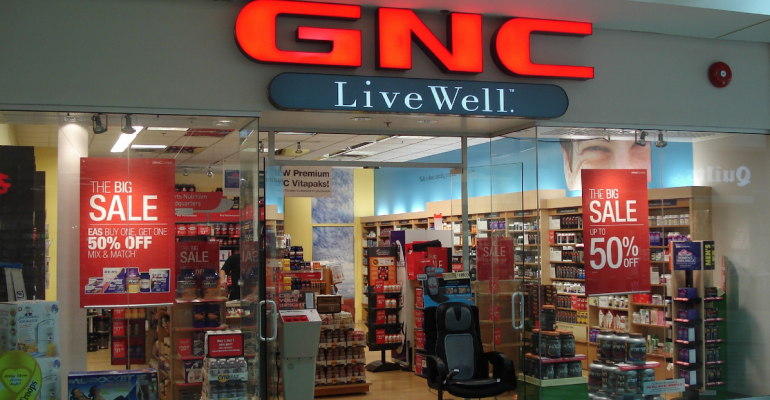 Few brands can claim a more iconic status in the supplements industry than GNC. For many consumers, the brick-and-mortar constellation is the face of nutrition: Bright lights and bright colors gleaming in a mall near you.

And so, the $300 million that China-based Harbin Pharmaceutical Group is paying to become GNC’s biggest shareholder looms, in some ways, larger than the higher priced deals of 2018 that include Nestlé’s $2.3 billion acquisition of Atrium Innovations and the $3.3 billion that Nature’s Bounty fetched when it was picked up by KKR last year.

It could be seen as both troubling and encouraging, as a sign of the beleaguered state of nutrition retail and a hopeful nod to what the supplement industry might expect as the trade grows more global.

To be sure, GNC was in a troubled state. Specialty retail of its ilk have not fared well as supplement selections grow in both the natural food and mass retail, as well as the growing chunk of the industry moves online. Tubs of protein powder are now a common sight in conventional grocery, and supplements check all the boxes as an e-commerce-friendly category. A trip to GNC is no longer required. Before the Harbin deal, GNC’s debt eclipsed its equity. It owed more than it was worth, explains Brian Wood at Imperial Capital. “The equity value of the business was basically nonexistent.”

That left GNC in a deal or die situation, and not every deal looked good. Investment banker William Hood of William Hood & Company describes other proposed offers as “less friendly” than the Harbin deal, which was approved by shareholders in early May.

In contrast, Harbin potentially looks like the right partner, Wood maintains, because it means GNC is looking in the right direction. Turning around the domestic brick and mortar fortunes would be a tall order and, even if possible, might not be tremendously lucrative. But having Harbin as a partner puts GNC in a great position for the rapidly expanding Chinese market, where e-commerce is king but there is still runway left for retail, Wood says. “The market growth of these areas throughout Asia is so strong that it can sustain both specifically targeted retail growth as well as brand and e-commerce growth.”

China isn’t the only direction GNC is looking. Wood points to an expanded partnership announced in March, between GNC and Guardian Healthcare Services of India, to build up a retail footprint on the subcontinent. According to an April press release announcing the new strategy, there were 50 GNC locations in India, but plans call for GNC products to be available in 4,000 new retail outlets by 2020.

“They’re doing some really nice things to get this back on track,” Wood says, explaining that international success will “allow for correction domestically."

China, of course, is where the Harbin deal seems of greatest advantage. Western brands don’t always have an easy time there. Wood notes that Imperial Capital is “a big believer of pursuing that market with a partner.”

Hood is confident that the GNC brand “is a nice brand in China, very well known in China.” But success in China is not a simple proposition, partner or not. For the moment, more and more of the supplement sales in China have moved to cross-border e-commerce sales, but the previous high-value channel was “daigou” practice of travelers bringing home suitcases full of supplements. That switch is proof that the situation can change quickly, and it’s possible that one company might not be the ideal partner for every situation.

Shirley Huang, managing partner at Nutrition China Connect, advises companies on working in the China market, and she’s not sure the timing is perfect for GNC. Australian companies like Swisse and Blackmore’s were able to pivot from the daigou trade, and Swisse is now owned by Hong Kong-based Health and Happiness (formerly Biostime). Huang is not sure there is room for American brands to usurp Swisse or Blackmore’s.

GNC’s brand recognition in the United States can’t be assumed in China, Huang explains, nor is the American label the advantage many think it to be. For now, she says, “there’s a perception that Australian is better.”

Huang says she is not entirely convinced that Harbin’s expertise in pharmaceuticals will automatically translate to supplements, but she worries that transplanting GNCs’ brick and mortar background to China would be a daunting or impossible task. “The retail becomes not relevant in China. What’s relevant is the GNC brand.”

John Vernardos, whose vice president duties at Bodybuilding.com include global regulatory compliance, says GNC and Harbin can’t expect to cash in on the GNC brand recognition. “I don’t know how much the Chinese consumer knows the brand GNC,” Vernardos says. Companies that have been successful in China, he says, have carefully cultivated consumers with athletic sponsorships and other outreach, the sorts of personal connections that have helped direct selling find a place in the culture. GNC is largely known to U.S. consumers through the retail face, and that’s not a factor in China, he explains.

But Vernardos also says that GNC has to try. He describes domestic retail as “stagnant to collapsing.”  Hood says he doesn’t think GNC’s domestic situation is entirely “doom and gloom,” but it needs to be rebooted. The chain announced in April that it will close 200 stores, but closing stores is just one part of the fix, Hood says. The product assortment must also be reimagined. GNC had become too dependent on serving the bodybuilding contingent. “That demographic is mature at best. It’s just not where the growth is. It’s not about big muscle tubs anymore.”

Done correctly, the domestic business can be salvaged, Hood says. “There will always be a role for GNC brick and mortar in the U.S.” But Harbin didn’t spend $300 million to save U.S. storefronts. “I don’t think Harbin contemplated that,” Hood says. “It’s just China.”

Greg Horn was CEO at GNC during years of rapid expansion before leaving in 2002. He looks at the Harbin deal differently from most. For him, a partnership with a pharmaceutical company is what could set GNC apart. “Bringing pharma-like resources to GNC product development and a science validation program could be impressive,” says Horn, now CEO of Specialty Nutrition Consulting.

Without that kind of effort, GNC is just one more brand in an increasingly crowded field clouded by no shortage of skepticism. “GNC needs to differentiate,” Horn says.

But Horn is under little illusion that such an ambitious effort is in the works. He jokes that the idea could be “hopeful thinking from an alum.”

“I see really interesting strategic potential,” he says. “But I’m not in the boardroom.”

NBJ End-of-the-Year Sale: This content is republished from the Nutrition Business Journal’s 2018 Global Report, an exploration of insight, trends and sales data for executives, investors, product developers and marketing teams on sale now at the deepest discounts of the years. To purchase this report at our end-of-the-year sale price, please contact NBJ Business Development Manager Cindy Van Schouwen at [email protected], or call at (303) 998-9305.