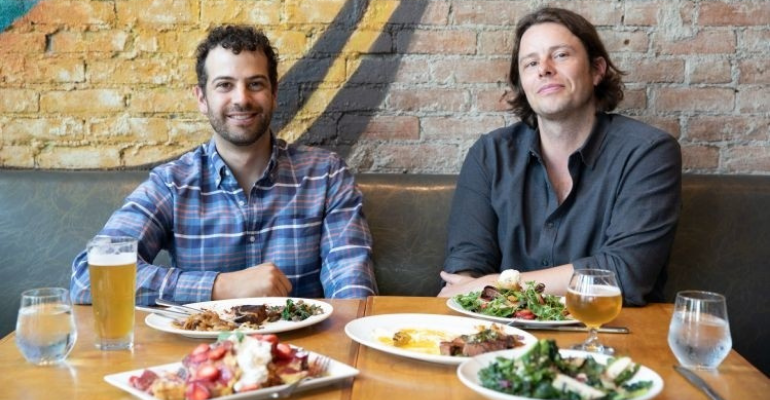 Meati Foods, a Public Benefit Corporation leading the fast-paced emergence of a new category of clean, whole-cut alternative meats announced today the closing of its $50 million Series B–a major source of momentum that will further expedite Meati's efforts to scale production capacity and launch its products at a national scale next year.

The significantly oversubscribed round was co-led by new investor BOND and long-time Meati investor Acre Venture Partners. They were joined by other existing investors, including Prelude Ventures, Congruent Ventures and Tao Capital.

The new financing builds on the $18 million in debt financing Meati announced in April 2021 to rapidly build-out the company's newest "Urban Ranch" production facility–which, at nearly 80,000 square feet, will have the capacity to produce millions of pounds of Meati by 2022. The capital will make the company one of the first in the world to unlock production of whole-cut alternative meat at scale–an advancement that will enable Meati to revolutionize the whole-cut category within the coming years.

The Series B will also allow Meati to more than double the size of its team, bringing top expertise from a diverse array of technical, scientific and other fields. The company has also added a growing cohort of investor-advisers representing the highest levels of global leadership in the movement to create sustainable food systems, with members providing either new or upsized investments in this latest round. Examples include:

"Meati's growing momentum and unprecedented product is attracting a diverse and talented group of people and partners focused on solving one of the food system's toughest challenges: feeding everyone nutritious protein without compromising taste, nutrition, and human, animal or environmental welfare," said Co-founder and CEO Tyler Huggins. "We are thrilled to continue welcoming world-class visionaries and investors who are taking Meati's mission to the next level."

"The pace of progress at Meati, in terms of both product and business development, has exceeded our expectations," said Acre Venture Partners Co-founder and Managing Partner at Acre Lucas Mann. "We are not aware of any other product on the market that can match the nutrition, texture and price versatility of Meati. Meati is creating a new category of food."

Meati's mycelium is an infinite, self-replenishing food source. To grow Meati, the company has developed a proprietary process to cultivate its unique strain of fast-growing mycelium and gently form its naturally fibrous texture into whole-cut products without chemicals or processing. Meati's efficient indoor growing process takes days rather than years. At scale, Meati's innovative growing process can produce the meat equivalent of 4,500 cows every 24 hours, and requires less than one percent of the water and land compared to conventional industrial meat production.

"Our team has been working diligently to build and optimize our ability to grow products in ways that have never been done before," said co-founder and CTO Justin Whiteley. "Meati is on a faster trajectory than we ever expected. We're thrilled to be quickly moving closer to our goal of making Meati accessible to everyone."