HomeNewsInvestmentTech and Big Food among drivers in big investment year
Recent
Latest
4 tips to get ahead of chemical concerns in packaging
May 20, 2022
7 CBD favorites in the increasingly popular gummies format
May 20, 2022
Mission MightyMe helps parents introduce allergens to babies
May 20, 2022
UNFI's Eric Dorne to step down as chief operating officer
May 20, 2022
Trending
Whole Foods' honors 30 companies with 10th annual Supplier Awards
May 18, 2022
Sponsored Content
The rise of sustainable business – eGuide
Sponsored Content
Getting ready for 2023: Trends for brands to consider
May 17, 2022
Sponsored Content
Unboxed: 7 plant-forward ice creams to stock this summer
May 10, 2022

Tech and Big Food among drivers in big investment year 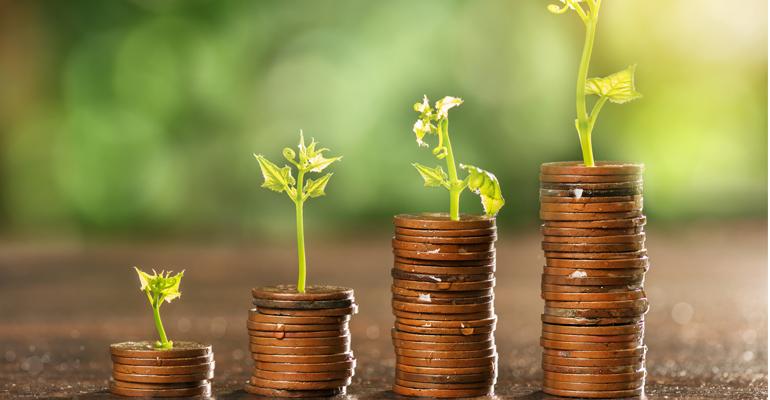 The first half of 2017 is adding up to be a record year for nutrition and health and wellness industry investment transactions. Dive into the numbers and learn the food and nutrition trends attracting investors.

The nutrition and health and wellness industry saw a 22 percent increase in transaction activity in the first half of 2017, according to Nutrition Capital Network (NCN), an organization that connects investors with high-potential growth companies in the nutrition and health and wellness industry. The NCN Transaction Database revealed that, by midyear, mergers and acquisitions (M&As) were up 33 percent and financing transactions increased 16 percent compared with 2016’s annualized pace of transactions.

NCN tracks two categories: mergers and acquisitions or changes in ownership or control,  and investment or equity financing (excluding debt or non-cash strategic partnerships) from around the world. The NCN Transaction Database recorded a total of 436 transactions in the nutrition and health and wellness industry from January to June 2017 compared with 715 in the whole of 2016 and 627 in 2015.

This year has the potential to improve dramatically on the record highs of the two prior years. NCN began tracking the industry in 2014. Ag tech makes up for drop in food tech

Nutrition Capital Network reported sustained momentum in natural, organic and functional food and beverages, which saw mergers and acquisitions increase by 26 percent and financing by 25 percent in the first six months of 2017, setting the segment on course to top 2016’s record pace.

Other segments of note showing a demonstrable increase in M&A transactions included retail and distribution, ingredients and supplements, all three of which are also on track for record years.

“That the pace of transactions in natural and organic foods in 2007 continues to exceed previous years’ records is indicative of the strength of this category and the fact that the emerging battleground in the global food business is healthy foods,” noted Grant Ferrier, chief executive officer of NCN.

Technology and food tech has been the growth engine for financing transactions over the past few years, but this trend finally slowed in the first half of 2017, according to the NCN Transaction Database. Within the technology segment, delivery service and apps held their own in terms of transactions closed so far in 2017, but there were notable fall-offs in ecommerce and software, in addition to analytical, diagnostic and monitoring devices.

Altogether, the number of financing transactions in technology and food tech looks set for a 13 percent decline in 2017 based on first-half data.

Nutrition biotech and ag tech appears to be the new growth engine, driving high numbers of financing transactions in 2016 and pacing 24 percent growth for 2017 (on track for a three times gain over 2016).

Multinational food companies are participating in the nutrition and health and wellness industry not only as acquirors but increasingly as early stage investors and incubators. Venture arms of large food companies hit their stride in January-June 2017:

However, the Amazon-Whole Foods deal added further complexity to the meal delivery business and likely contributed to a reduction in share price and proceeds raised by Blue Apron’s June 2017 IPO.

Notable financings in food delivery in 2017 so far include investment of more than $400 million in Delivery Hero (to a total of $1.8 million before going public in June 2017), Instacart (to a total of almost $800 million), 15 transactions in which at least $10 million was invested, and more than 20 others. The biggest global play is ele.me, a Chinese website offering customer-to-customer meal ordering services, which raised $1 billion in June 2017 to total $3.34 billion invested in eight rounds by pedigreed investors such as

Other themes in the first six months of June 2017:

Both companies proved a fit for Seventure’s Health For Life Capital investment vehicle.

“With a market predicted to be worth over half a billion US dollars by 2022, investing in microbiome-based companies is now rapidly becoming mainstream, with an exponential growth of innovative companies being founded to develop products based on new biological insights,” observed Isabelle de Crémoux, Seventure’s CEO and managing partner.

More sectors showing notable transaction activity in the first half of 2017 included vertical and indoor farming, alternative sweeteners and nutraceuticals for hair.