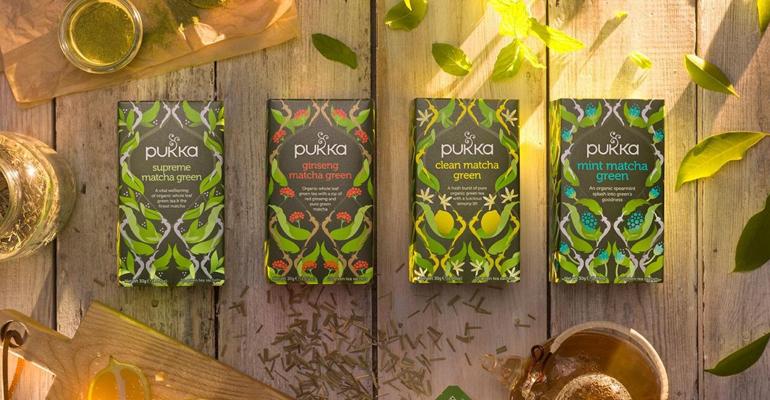 Pukka Herbs will come under the Unilever umbrella with its acquisition announced Sept. 7. The deal favors social responsibility and growth possibility.

Unilever announced on Sept. 7 its acquisition of Pukka Herbs, a company specializing in ethically sourced organic teas and herbal tisanes. Pukka joins more than one dozen other Unilever brands dedicated to making a positive social impact.

“Pukka has strong values and a clear purpose that aligns fully with our own sustainable growth model,” said Kevin Havelock, Unilever’s president for its refreshment category, in a company press release.  “There’s a clear strategic, philosophical and cultural fit for us.”

Unilever is an Anglo-Dutch corporation; Pukka is headquartered in Bristol, England.

Pukka’s founders Tim Westwell and Sebastian Pole initially met through an ad in a Bristol magazine and formed the company in 2001. Westwell was formerly a business consultant who specialized in marketing computer systems, and Pole was an herbalist, The Guardian reports.

Pukka already had a strong foothold in the United Kingdom’s herbal tea market, representing just over 20 percent of sales, with the U.S. and Germany as the company’s major export markets. Pole believes the acquisition will allow for broader reach and new opportunities for Pukka, which currently has annual sales of more than $39 million.

The herbal and green tea market, which is presently valued at nearly $2 billion globally, is expected to grow rapidly along with the healthy living trend.

Pole said via press release, “Choosing Unilever came down to two fundamentals: scale and sustainability. It is a leader in social and environmental change and it wholeheartedly embraces Pukka’s beliefs. So, there’s a meeting of values. Pukka will remain 100 percent organic and a champion for fair trading through pioneering schemes like Fair for Life, and continue to donate 1 percent of its sales to global environmental charities. With Unilever, we have new levels of reach and opportunity.”

Other tea brands under Unilever’s corporate canopy are: PG Tips, Pure Leaf and Australian tea purveyor T2, which has doubled in size since Unilever acquired it in 2013, according to the Independent.