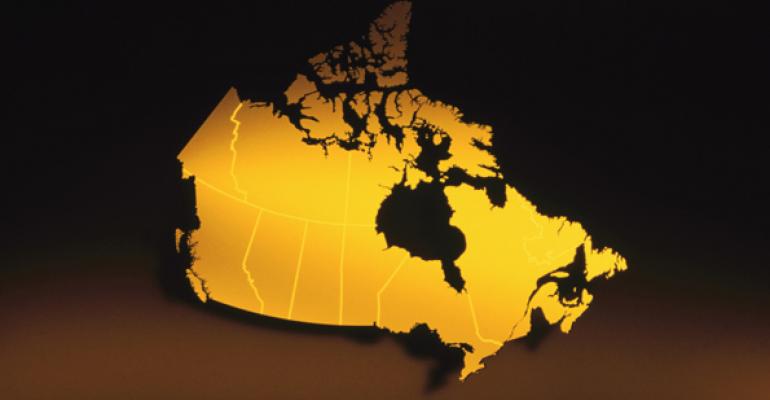 Health Canada is implementing its natural health products regulations. New rules will change business up and down the value chain from suppliers to manufacturers and retailers.

We all love to hear about the regulatory challenges in Canada. 2013 will prove to be another year full of fun. Health Canada is implementing a step-by-step approach to finally put in place a new regulatory framework for its Compliance and Enforcement Policy for natural health products (NHPs) and food-like supplements.

February 4 was one significant step. Others will continue until September 2014 and beyond. Below we summarize six things your business needs to know for 2013.

In 2010 the Natural Health Products Directorate (NHPD) informed the NHP industry of new legislation—the Unprocessed Product License Applications Regulations (UPLAR)—to address the ongoing issue of unlicensed products as a consequence of the NHPD’s internal backlog and inability to license products for the Canadian market in a timely manner. This legislation was enacted to ensure Canadian consumers have access to safe NHPs within a reasonable time frame.

This was accomplished by assigning Exemption Numbers (ENs) to products that had received a preliminary assessment for safety and efficacy. ENs were created as a temporary legal license to sell a product while the product awaited complete assessment by the NHPD, but this entire system was set to expire on February 4, 2013, by which date the NHPD expected to have its backlog cleared. With applause we are happy to report that the NHPD has practically cleared its entire backlog (this was no easy task by any means) and has stuck to its promise to repeal the UPLAR legislation as of this February.

With the expiration of UPLAR comes the expiration of ENs. In fact, as of July of last year the NHPD stopped issuing ENs for any new product license applications. Today the only legal license you can obtain to sell an NHP on the Canadian marketplace is a Natural Product Number (NPN). This is the number granted by the NHPD that signifies a complete assessment on their end for safety, efficacy and quality and the go-ahead to go to market.

Since UPLAR is expiring many are wondering what will happen to products on the market without an NPN. In reality, it will be business as usual. Contrary to what some may fear, Health Canada has not sent out armies of inspectors to pull these products off store shelves. The government has afforded the industry nine months to transition its business and take products without market authorization (NPNs) out of the marketplace. By December 1, 2013, however, the NHPD expects that all manufacturers, packagers, labelers, and importers will have completed stock turnover and that they will end the unlawful act selling unlicensed products.

After December 1, 2013, retailers and distributors will receive an additional nine months—until September 1, 2014—to finish selling their stock of unauthorized products. After this time Health Canada’s Compliance and Enforcement Policy will come into effect and no product without an NPN will be allowed in the marketplace. What enforcement measures will be practiced remains to be seen but with liability and risk issues in mind we can almost certainly expect that retailers will be reluctant to carry any product without market authorization.

5. Plan way ahead for product launches.

With a market populated by unlicensed products and a relaxed enforcement mentality in place, launching a product in Canada was rather straightforward to date. Many were able to transform the scenario from product concept to store shelf within a few months. With the new transition in place this will no longer be the case and market authorization will be an absolute must before you will see your product in stores.

This is a critical concept to keep in mind for new product launches. For simple products that mirror existing NHPD monographs we can expect an NPN within 60 days of filing an application, but for products with unique ingredients and health claims the promised turnaround is 180 days. Keep this in mind. From the time you finalize a formula and compile an application to the NHPD it may be another 6 months before you have the authorization to go to market. In meeting with retailers it will likely become common for your sales representatives to hear the question, “When do you expect to receive your NPN?”

Part of the reason why the NHPD built up a backlog in the first place is because many of the applications it received were for products that did not really seem like NHPs or supplements but rather as fortified foods—energy drinks, beverages, bars, soups and the like. For years, the government was unsure as to how to deal with these applications and just simply put them aside. On April 17 of last year, however, Health Canada made a decision and announced that it would transition products that more appropriately fit the definition of a food away from the NHP Regulations.

In their eyes these products were being marketed as foods and thus consumed as foods and should consequently be regulated as such. Marketers of these products are now required to apply for a Temporary Market Authorization (TMA) from the Food Directorate to sell their product. TMAs allow you to temporarily sell your product, bearing specific conditions, while Health Canada collects market and safety data and makes the necessary amendments to the Food and Drug Regulations.

Applying for a TMA is less demanding than applying for an NPN and a site license for importation is not required. The time for the government to respond to your request and grant a TMA is uncertain, however, and reformulations may be required.

Written by Peter Wojewnik, VP of Business Development, dicentra with contributions from Jacintha Roberts and Tobey-Ann Pinder from dicentra. dicentra is a scientific and regulatory consulting firm for the dietary supplement, natural health product and food industries with offices in the United States and Canada.

Webinar: How to get health products authorized in Canada
Jun 29, 2012