From the outside, the headquarters of the Simply Pure "marijuana edibles" producer appears to be just another closed-up Mexican restaurant in Northwest Denver. Inside, however, half a dozen young chefs trained at a local culinary university are hard at work completing the latest batch of the company's line of healthy, Cannabis-infused foods.

Colorado is one of several states with laws permitting the consumption of marijuana for medical purposes. Marijuana remains illegal at the federal level, but official rulings by Colorado health officials in 2009 appeared to loosen the reigns on businesses supplying medical marijuana—resulting in an explosion of new dispensaries across the state. To impose order on the burgeoning industry, Colorado lawmakers passed the country's most comprehensive set of medical marijuana regulations last year. 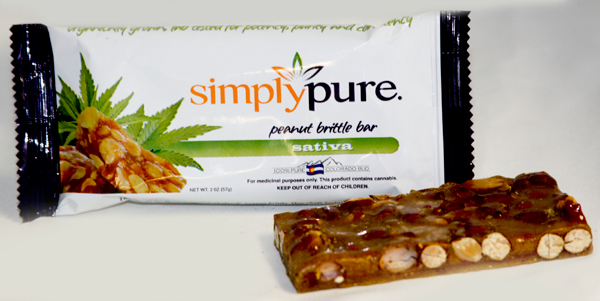 But when it comes to edibles, Simply Pure isn't interested in cooking up junk food. Their products—which range from granola bars and peppermint cups, to savory foods like salsa and marinara sauce—are all vegan, sugar-free and gluten free. And, their website asserts, they use “only the highest quality organic cooking ingredients and only 100% pure, organically grown Colorado bud.”

"We want to be the Whole Foods of the medical marijuana world," said owner Scott Durrah, who launched the business earlier this year with wife, Wanda James.

The couple got started in the food business through a Caribbean restaurant they currently operate in an upscale section of downtown Denver. After selling their ownership in a marijuana dispensary, they teamed up with natural foods chef Lauren Gennet and began a six-month process of concocting healthful products that would work for Simply Pure.

"If we are using cannabis to treat medical conditions, it is a good idea for us to consume it in conjunction with a healthy delivery method, i.e. organic, whole foods," Gennet wrote in an e-mail. "We often eat food that is less than pure, but when we are 'taking our medicine,' it is an opportunity for us to feed our body more nutritious foods, supporting health on a holistic level."

Doctors can recommend marijuana for patients suffering from medical problems ranging from cancer to muscle spasms. Alan Shackelford, MD, a Denver-based nutritional specialist who runs a practice focusing on medical marijuana evaluations, pointed out that "healthy eating is universally important for all patients." But this may be even more of a factor for medical marijuana users, given that for some patients ingesting cannabis may have greater therapeutic effect over smoking.

Burning produces high temperatures that destroy the valuable cannabinoids in the marijuana, says Shackelford. In addition, "it seems for chronic pain that ingested cannabis may provide a longer duration of action because of the slower absorption rate in the gut," he says. But, Shackelford added, the biggest complaint he hears from medical marijuana patients about edibles is the levels of potency can often be unpredictable. "There is not a lot of consistency between products," he said.

The lack of regulatory standards for edibles was the focus of legislation passed earlier this year in Colorado. That legislation implemented mandatory packaging and labeling requirements. Among other information, labels must now detail the strength of the edible product.

Although Durrah complains that some of the state's regulations are unnecessarily bureaucratic, he believes the labeling law is a good thing. Back in the kitchen he shows off two custom built machines that create the labels for all of Simply Pure's creations, which are lab tested for both potency and contaminates at several stages in the production process.

"We are not here to get you high," Durrah said. "We took great pains to control the strength in these products."

With some 300 dispensaries carrying Simply Pure products throughout Colorado, Durrah anticipates bringing in more than a million dollars in sales in the first year of operation. He is also looking to strike deals with medical marijuana producers in other states that will allow Simply Pure products to expand beyond Colorado's borders. 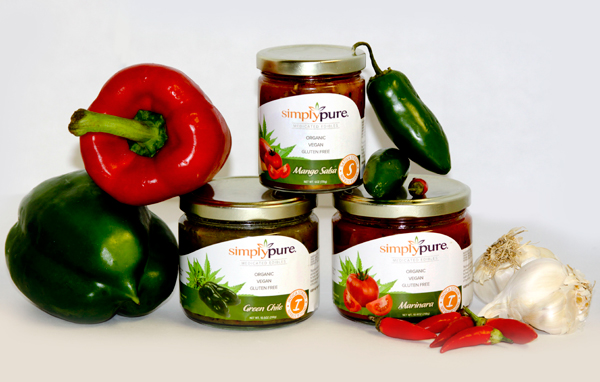 Chef Gennet sees healthy edibles as a growth market not only for the medical marijuana business, but for the entire natural foods industry as well.

"I am a true believer that plant-based food as medicine has incredible healing power…. As chefs, healers and conscious communities, Cannabis is yet another plant to add to our repertoire," she writes. "As an industry, it would be unwise for us to continue to ignore this age-old herb used for healing across cultures."

Healthy and sweet ingredient baking trends for diabetes
May 19, 2011