HomeNewsRegulatoryOf raids & recalls: FDA cracks down on adulterated pain relief supplements
Recent
Latest
Sponsored Content
The goodness wrapped in a certified organic seal – video
Podcast: What brands need to get on shelf at Fresh Thyme Market
May 24, 2022
Natural Habitats releases Palm Positive+, A Reference Guide
May 24, 2022
The Planting Hope Company aims to prove gender equity leads to success
May 23, 2022
Trending
Getting ready for 2023: Trends for brands to consider
May 17, 2022
Whole Foods' honors 30 companies with 10th annual Supplier Awards
May 18, 2022
6 tips to promote consumer understanding of Certified Organic
May 18, 2022
Natural beauty market trends
Jun 16, 2021
NBJ
brought to you by

Reumofan Plus, a drug cocktail parading as a pain management supplement, made headlines this summer when FDA put out a health alert. Now, it has reappeared as WOW, prompting the agency to take action.

“We’ve been concerned about pain relief in dietary supplements for some time,” said Daniel Fabricant, PhD, head of the U.S. Food & Drug Adminstration’s Division of Dietary Supplement Programs, in a June interview with Nutrition Business Journal. He added that this category is just as ripe for adulteration as the other historically problematic ones. 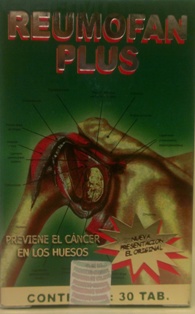 To that end, FDA recently took action against sellers of a pain relief product called WOW. Produced by Mexican manufacturer Riger Naturals S.A., WOW was originally introduced into U.S. commerce as a product called Reumofan Plus. FDA issued a health alert on Reumofan on June 1, 2012, after a laboratory analysis revealed that it contained diclofenac sodium, a non-steroidal anti-inflammatory drug (NSAID); methocarbamol, a muscle relaxant; and dethamexasone, a corticosteroid. 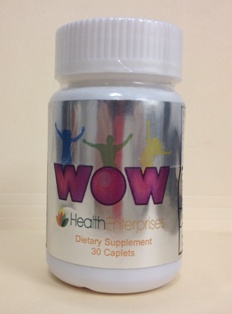 According to the agency’s alert, “The FDA has received multiple reports of adverse events associated with the use of Reumofan Plus, including liver injury, sudden worsening of glucose (sugar) control, weight gain, swelling, leg cramps, and adrenal suppression (problems with kidney functioning).”

Additional adverse event reports involving death and stroke prompted FDA to release an updated safety alert on Reumofan Plus and Reumofan Plus Premium on August 21. The Mexican Ministry of Health also issued a health warning and ordered Riger Naturals to recall the products. On Aug. 29, Samantha Lynn, Inc., which operates the ecommerce sites naturallifeandhealth.com and the now-defunct reumofanshop.com, issued a voluntary recall of Reumofan Plus.

Nevertheless, the product later reappeared as WOW on various ecommerce sites, including gonepainfree.com and browerent.com, according to a Dec. 19 press release from FDA. Reumofan Plus was still available through the website reumofanusa.com, run by Reumofan USA, LLC.

So what is FDA doing about it now?

“At this time, the FDA is exploring enforcement options and has been in contact with both Brower Enterprises and Reumofan USA, LLC, about voluntarily recalling their products,” said FDA spokesperson Stephen King.

Apparently actions have already begun. According to Stan Brower, owner of Brower Health Enterprises (the company that operates browerent.com), FDA raided his office on Dec. 18. “They were here with guns and full riot gear,” he said. The agency took bank statements and confiscated any product that had been returned. According to Brower, FDA officials had visited his office two weeks prior to “gather information,” he said, and on Dec. 6 they proposed that Brower perform a voluntary recall.

“We’re not issuing commissions or selling any products,” he said. “We’ve fully complied with everything they told us back two weeks ago when they found product.”

Nevertheless, the FDA returned on the 18th with a search warrant and armed federal marshals. Brower said that all the agents found were returned products and a bottle of WOW that he had in his office. “I had a bottle here behind my desk. I asked them if I could keep it and they said, no, it was illegal.”

Brower could be charged with a criminal misdemeanor for violation of the Food, Drug & Cosmetic Act, as would any other sellers of these products. Neither gonepainfree.com nor Reumofan USA could be reached for comment by press time, but both websites had disclaimers saying they were no longer selling either WOW or Reumofan. Same for browerent.com.

The actions come as a reminder that FDA is not just concerned about GMP compliance, and adulterated supplements are still a high priority. The agency is willing to spend its limited resources on enforcing what appears to be a growing area of concern.

FDA after the little guy?

These priorities confuse Brower: “Why are they after me? I’m a little guy that started selling this a few months ago.” When it comes to a public safety issue, no one gets any leeway.

“My opinion is that any company that purchased the relabeled product from Riger Naturals had an affirmative obligation to take steps to assure it was not adulterated,” said Marc Ullman, an FDA litigation expert and partner at Ullman, Shapiro & Ullman. “The company was on notice for selling drugs as dietary supplements for exactly the same applications as the WOW products.”

Brower said that he didn’t know the products were from Riger Naturals. “We got it from an importer in California.” When asked whether he inquired from the importer where the products were manufactured, he said, "I don’t think they told me that. I asked them for information and they would not tell me that. I knew it came from Mexico.” It’s doubtful that FDA would give this defense much credence.

So what of the pain relief market? Is it worth the risk of regulatory enforcement? NBJ took a deep dive into the pain management category in September and gleaned one strong takeaway—tread very, very carefully. FDA considers pain and inflammation disease states, so marketing products is a minefield.

But as the aging population ages, the opportunity grows, leaving room for companies to play dirty, whether they know it or not.

What retailers should know about selling adulterated supplements
Aug 08, 2012