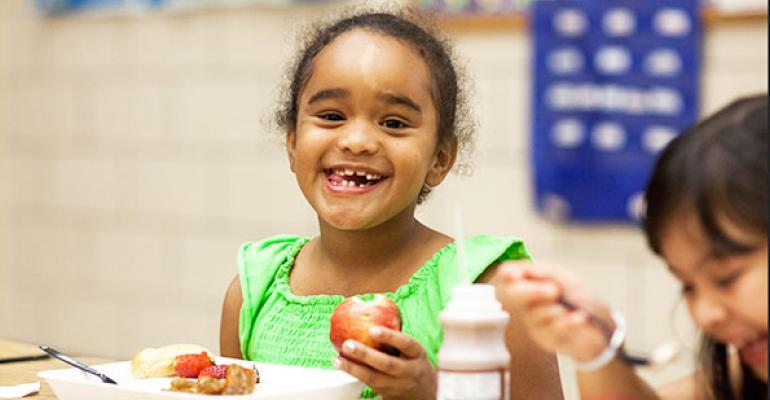 <p>Bread for the World</p>
The bill, introduced last week to a House committee, would limit the number of families and schools eligible for free and reduced-price meals at schools, says a nonprofit that fights hunger.

The House of Representatives’ Education and Workforce Committee Child Nutrition Reauthorization Bill would impose strict restrictions on families’ and schools’ ability to participate in free and reduced-price meals programs, according to Bread for the World, a Christian nonprofit organization that focuses on solving hunger.

If passed, the bill would deny the availability of healthy meals at breakfast, lunch and during the summer to potentially tens of thousands of eligible students, the organization says.

“Bread for the World strongly opposes this bill as it is written,” said the Rev. David Beckmann, president of Bread for the World. “The bill would deny untold numbers of eligible children access to the meals they need to learn and grow. These meals serve as a lifeline for vulnerable children because kids are hit especially hard by the effects of hunger and malnutrition.”

The bill, which was introduced Wednesday evening by Rep. Todd Rokita (R-Ind.), substantially cuts the number of high-poverty schools that are eligible to implement community eligibility — meaning the entire school's enrollment receives free breakfast and lunch. The community eligibility provision kicks in when 40 percent or more of the students are homeless, in foster care or from low-income families; the proposed House bill would increase that requirement to 60 percent of the students, according to the committee's summary of the bill.

The bill also fails to adequately close the summer hunger gap and weakens evidence-based, school-meal nutrition standards, according to Bread for the World.

The Senate's proposed version of the reauthorization bill, the Improving Child Nutrition Integrity and Access Act of 2016, does not appear to include the changes to community eligibility. The Union of Concerned Scientists points out, however, that the Senate bill reduces the required amount of whole-grain-rich foods and delays the implementation of lower sodium requirements. The Senate bill also increases the USDA Farm to School grant program, according to the Union.

Bread for the World praised the Senate Agriculture Committee's passing of the Improving Child Nutrition Integrity and Access Act of 2016 in January.

One in five children in the U.S. lives at risk of hunger, according to Bread for the World. For every six low-income children who receive a school lunch, about half also get a school breakfast. Only one of the six also gets a meal during the summer months. In 2015, Bread for the World members wrote more than 220,000 personal letters and emails, and made thousands of phone calls, urging Congress to pass a child nutrition reauthorization bill that improves and strengthens child nutrition programs.

“As this legislation moves forward, we urge lawmakers to make significant improvements so that no eligible children are denied access to the healthy meals they need to thrive,” Beckmann said.