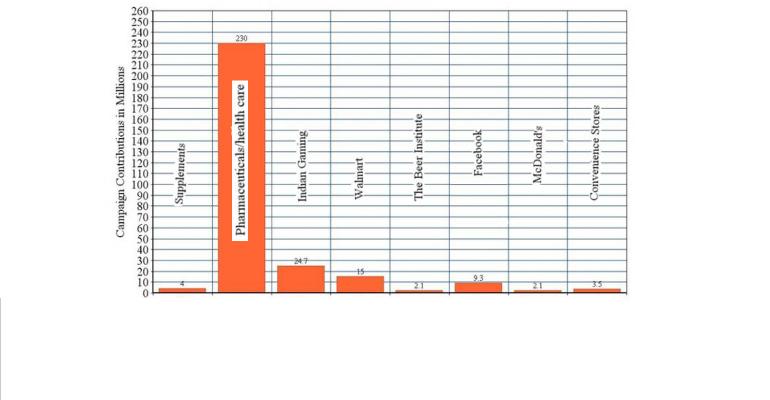 The supplement industry has been accused of using political contributions to influence regulations, but the industry looks like a small player in the big leagues of lobbying.

The supplement industry is either spending too little on lobbying, or its campaign contributions are swaying lawmakers away from regulation. It all depends on your definition of too little, and who’s giving that definition.

In a Wednesday New York Times article charging that the FDA “kept quiet” dangers associated with BMPEA in diet supplements, reporter Anahad O’Connor noted that in 2013-14, “Natural Products Association spent nearly $1.5 million lobbying the Food and Drug Administration, members of the House and Senate, and the Federal Trade Commission.” O’Connor also linked the passage of DSHEA to Senator Orrin Hatch’s Utah constituency and the large number of supplement companies in the state. In his 16-minute comic screed last summer, HBO’s John Oliver held that political pull and lobbying keeps the government off the industry’s back.

So what does the supplement industry really spend? And how does that compare to other industries and individuals? Turns out it's not exactly a political heavyweight.

Using the Center for Responsive Politics data the Times used, we took a look. The nutritional and dietary supplements industry spent just over $4 million on campaign contributions last year, with nearly half of that, $1.9 million, coming from Herbalife. 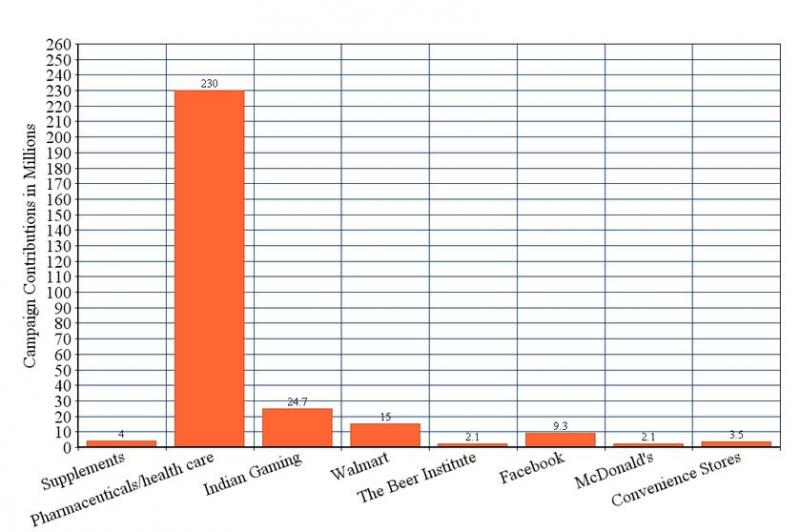 For perspective, Boeing’s revenues are a bit less than three times supplement industry sales, but the company spends more than four times as much on campaign contributions. The entire supplement industry gives the equivalent of Apple’s 2014 contribution. Just two dairy companies, Land o’Lakes and Fonterra Cooperative group, collectively give $2.5 million.

What industries, companies and groups are giving: