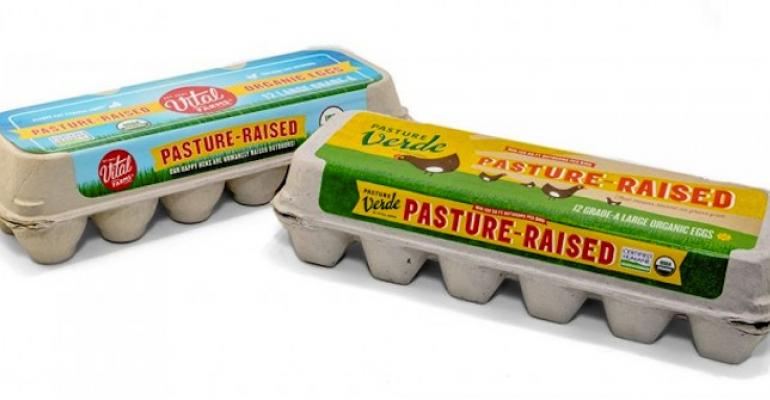 A new survey shows consumers still struggle to unscramble the definitions of free-range, cage-free, pasture-raised and organic eggs. And many times, what they&#39;re seeking doesn&#39;t align with what label they buy at the store.

The words pasture-raised span the colorful cartons of Vital Farms’ five egg brands. But according to a new survey conducted by the national egg producer, most consumers don’t know what pasture-raised means and, in fact, they’re pretty far off in their assumptions about what other labels like free-range and cage-free mean as well.

Austin, Texas-based Vital Farms found that less than half of consumers are familiar with the term “pasture-raised” and just a quarter of them seek it out in the grocery store. Meanwhile, about 50 percent of consumers seek out free-range, cage-free and organic eggs. But here’s the kicker: when consumers were asked to explain what those three terms mean, the visions they painted of hens pecking through open pastures are actually much closer to the conditions experienced by pasture-raised chickens.

About 60 percent of consumers are buying specialty eggs (and paying the price premium that comes with them) but the new study shows “they’re not getting what they think they’re paying for,” Vital Farms said in a press release.

Despite labeling confusion, the signs point to rising consumer demand for eggs produced under humane, environmentally-friendly conditions. Pasture-raised is the fastest-growing sub-category within specialty eggs, Vital Farms’ Dan Brooks said. The category is also capturing the attention of mass retailers. In the last year, Albertsons, Kroger and Vons have all added Vital Farms’ pasture-raised eggs to their shelves. While the pasture-raised claim lacks a government-mandated definition, Humane Farm Animal Care took the initiative to create standards for eggs that carry its Certified Humane "pasture-raised" claim. The standards include a 108-square-foot per bird space and a pasture rotation requirement. The organization's certification director, Jessica Shaddy, said the number of hens raised under the Certified Humane program, which also lays out strict standards for the free-range claim, have increased by a total of nearly 2 million per year since 2010.

For more on what Vital Farms’ survey found, and the differences between egg labeling claims, check out the infographic the company released last week.