Frontline and the problem with plane wreck journalism 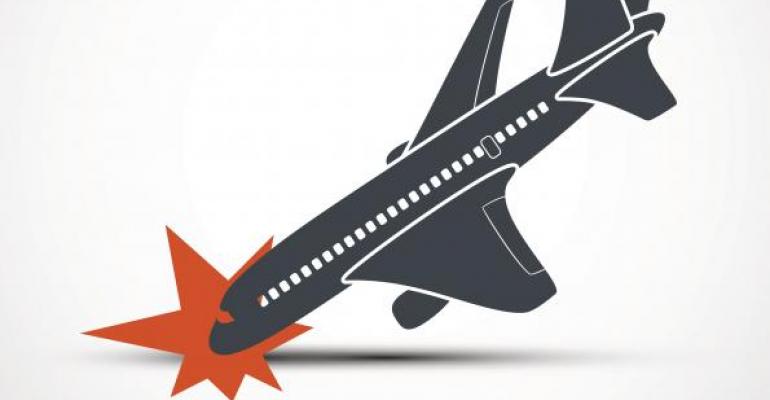 Frontline&rsquo;s &ldquo;Supplements and Safety&rdquo; episode aired on PBS last night with a lot of the same charges made by the same people, but the report also showed that the industry really is regulated.

There is a line I would often share when I was a newspaper reporter talking to people who complained that we only reported “bad news.” I would tell them: “It’s not news when a plane lands safely.”

We didn’t see many happy endings or planes landing safely on Frontline’s “Supplements and Safety” report last night. People in the industry would say we didn’t see any “news” either, but for a target audience consisting of pretty much everybody outside of the supplement industry, it probably sounded a lot like news. If they tuned in for a plane crash, they got one. Several, really.

Most of the reports were old—liver damage associated with USPLab’s Oxyelite Pro, anabolic steroids in Purity First products, Dr. Paul Offit’s tirade against supplements, Pieter Cohen’s repeated charges—but packed into a 54 minutes, it looked and sounded a lot like a ball of flaming debris scattering across the airport runway.

And, in truth, viewers would be right to be alarmed.

These are dark stories, but they are fairly simple—stories of greed and carelessness with very real victims.

It’s when correspondent Gillian Findlay strays from the real plane crashes into more complex matters more open to nuanced debate that “Supplements and Safety” starts to look like it’s straining for sensationalism. Findings that particular supplements do offer benefits are ignored, in favor of studies that question the efficacy. We hear about Vitamin E raising the risk of prostate cancer, but there is no mention that anyone, anywhere, might be deficient in any vitamin.

The fight for DSHEA is characterized as a craven lobbying play.

Quick video clips of doctors Mehmet Oz, Andrew Weil and Joseph Mercola are flashed on the screen with the hint of scandal, but no substantiation or even elaboration.

So planes have crashed and it was news. Part of the news is that the system worked. USPLabs executives got arrested. The contract manufacturer in the Purity First case got shut down. The operators are facing legal action. That’s proof there is regulation.

But we still hear Paul Offit closing the show with, “it’s an unregulated pill and you don’t know what is in it.”

NBJ will be talking about some of those companies in next month’s “Black Issue,” a one-time project to diagram the missteps. It’s important to learn from your mistakes, but it’s smartest to learn from somebody else’s. New Hope has partnered with some leading companies on an Inside the Bottle project to work on making sure those mistakes don't happen in the first place.

There were plenty of mistakes to learn from in last night’s Frontline. Supplement makers and marketers would be well served to watch it without worrying how the public viewed the episode. Then they might even re-watch it, with some careful thought about how to improve the industry’s quality, science and trust so that Frontline wouldn’t be able to find 54 minutes of material.

It’s not news when a plane lands safely. So make sure they all do.