HomeNewsRegulatoryIndustry reacts to the stalling of the DARK Act
Recent
Latest
4 tips to get ahead of chemical concerns in packaging
May 20, 2022
7 CBD favorites in the increasingly popular gummies format
May 20, 2022
Mission MightyMe helps parents introduce allergens to babies
May 20, 2022
UNFI's Eric Dorne to step down as chief operating officer
May 20, 2022
Trending
Whole Foods' honors 30 companies with 10th annual Supplier Awards
May 18, 2022
Sponsored Content
The rise of sustainable business – eGuide
Sponsored Content
Getting ready for 2023: Trends for brands to consider
May 17, 2022
Sponsored Content
Debra Stark’s light shines bright on natural products industry
May 10, 2022

Industry reacts to the stalling of the DARK Act 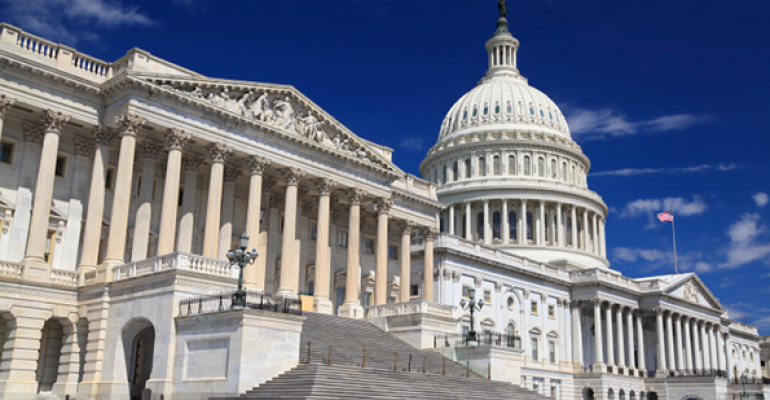 In a big win for the natural industry, on Wednesday the U.S. Senate voted to stall Senate Bill 2609, referred to by opponents as the Deny Americans the Right to Know (DARK) Act. Bill sponsor Kansas Republican Sen. Pat Roberts fell 12 votes short to invoke cloture, which would have ended debate and ushered the bill into the next phase of voting.

If passed, the DARK Act would revoke states rights to require labeling of foods that contain genetically engineered ingredients. Rather, the bill aims to “amend the Agricultural Marketing Act of 1946 to require the Secretary of Agriculture to establish a national voluntary labeling standard for bioengineered foods.”

Read: If a company doesn’t want to label GMOs, they aren’t obligated to do so by law.

While the bill is not yet dead, many labeling proponents let out a sigh of relief. In July, Vermont’s mandatory GMO labeling law is scheduled to go into effect, which many believe would spur food and beverage manufacturers to label all of their products—not just the ones sold in Vermont.

Here, learn what stakeholders in the food industry on both sides of the labeling debate thought about the Senate’s decision.

Against the DARK Act

“Simply put, Sen. Roberts’ proposal didn’t deserve the support of the Senate. It would have implemented yet another unworkable and confusing voluntary labeling system. We are grateful for the leadership of our champions in the Senate, including Sens. Stabenow, Merkley, Tester, Boxer and Leahy.

"Now that the DARK Act has been rejected by the Senate, I am optimistic that Congress can come together to find a real solution for consumers that is mandatory, national and gives consumers the information they want about the food they are eating. Any solution has to work for both consumers and for industry … I am confident that once the Senate looks past the emotion at the real evidence, a simple and obvious solution can be achieved.”

“Today’s vote marked an important milestone for the more than 90 percent of Americans who want GMOs to be labeled. I am hopeful that the Senate will now work to craft a bipartisan mandatory on-pack GMO labeling bill that doesn’t demonize science and gives consumers the information they demand.”

“Consumers have made their voices heard to their elected representatives in the Senate and they said clearly, 'We want the right to know more about our food.' We are pleased that the Senate made the right decision to stop the DARK Act, and we remain hopeful that Congressional leaders can craft a national mandatory compromise that works for consumers and the food industry. We applaud Sens. Debbie Stabenow, Jeff Merkley, Jon Tester, Barbara Boxer and Pat Leahy for their efforts to defeat the DARK Act.”

“The defeat of the DARK Act is a major victory for the food movement and America’s right to know. It also is an important victory for Democracy over the attempt of corporate interests to keep Americans in the Dark about the foods they buy and feed their families.”

For the DARK Act

“Despite today’s vote, there continues to be a strong bipartisan consensus to protect American consumers from the increased food costs and confusion of a 50-state patchwork of labeling laws. GMA is committed to rolling up our sleeves to work with Chairman Roberts and Sen. Stabenow so that the Senate can enact a bipartisan solution in the near future.”

“This is the most pressing issue currently facing the food and agriculture industries, so it is disappointing that despite nearly 800 groups united in support behind this reasonable solution, the Senate could not get it across the finish line today.”

“NGA appreciates Chairman Pat Roberts’ efforts to implement a federal legislative solution to address the patchwork of state labeling laws for foods made with genetically engineered ingredients. We believe that a uniform standard that preempts state labeling laws strikes the right legislative balance to provide consumers with access to information that is consistent and transparent. While we are disappointed that the Senate was unable to invoke cloture on this important bill, we will continue to look to a path forward for a solution.”

"We are extremely disappointed that the Senate could not come together today to support a bipartisan solution that would have called for unprecedented disclosure of ingredient information to consumers and prevented a chaotic patchwork of state laws from taking effect. The Snack Food Association's members are committed to meeting consumer demand for information, but we urgently need Congress to come together to set clear guidelines that don't lead to confusion, increased grocery bills, and crippling costs for food manufacturers. … Only Congress has the ability to prevent a costly and confusing patchwork of state labeling laws from beginning to take effect in July 2016. The time to act is now.”