HomeNewsRegulatoryWill a governor go to jail over a dietary supplement?
Recent
Latest
Innovation at Milkadamia is a weekly exercise
May 27, 2022
Sponsored Content
Are there potential carcinogens swimming in your biobased laundry detergent? – article
Rowdy Mermaid disrupts functional beverages with science-based innovation
May 26, 2022
Monitor: Environmental claims confuse consumers—even natural shoppers
May 26, 2022
Trending
Getting ready for 2023: Trends for brands to consider
May 17, 2022
Natural beauty market trends
Jun 16, 2021
Podcast: What brands need to get on shelf at Fresh Thyme Market
May 24, 2022
The Planting Hope Company aims to prove gender equity leads to success
May 23, 2022

Will a governor go to jail over a dietary supplement? 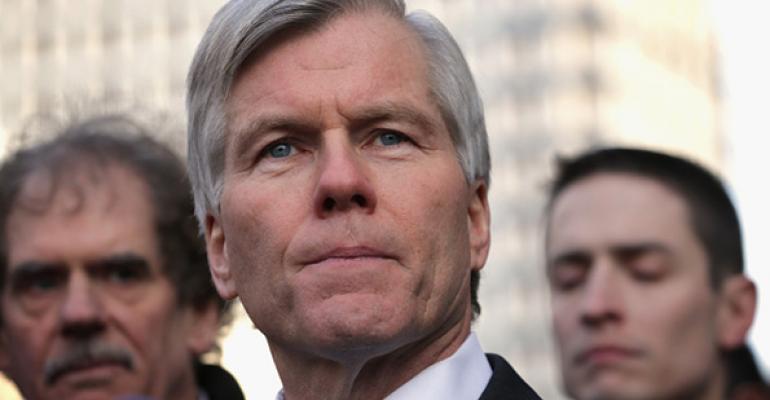 Supp maker, already sanctioned by FDA, could lead to the pokey for a high-ranking cheerleader

Former Virginia governor Bob McDonnell is facing a two-year prison term for accepting bribes as governor. The story made the news today because, in his appeal, he is using the controversial Citizens United Supreme Court ruling that says giving money to politicians is a form of protected free speech.

The back story is that the governor received around $175,000 in loans, vacations and gifts, plus a loaner Ferrari for a vacation, from Virginia businessman Jonnie Williams, CEO of a company marketing Anatabloc, a dietary supplement.

Seems Williams needed some scientific research conducted on the product in order to improve sales. So he asked the Virginia governor to petition Virginia universities to conduct research on the product, which is marketed as an anti-inflammatory for joint health.

An additional back story is the FDA in 2013 already sanctioned the supplement company, Star Scientific, for not filing a New Dietary Ingredient claim for the ingredient, which is found in tobacco but synthetically manufactured by the company. The FDA also said the company was making illegal drug claims on the product. On the company’s website, Anatabloc was promoted as being able to treat ulcerative colitis, multiple sclerosis and Alzheimer’s disease.

Williams, who was able to gain immunity from prosecution in exchange for his testimony against the former governor, resigned as CEO after the FDA action, and the company changed its name in June 2014 to Rock Creek Pharmaceuticals. It is still in business, having fixed its claims issues.

Did the supplement ever work? Some online comment board commentators say yes. For the former CEO of the company? He’s got a Ferrari. For the governor who campaigned on the slogan of “Bob’s for jobs” but got caught up in the modern-day hustle of businesses buying politicians? The same governor talked about as a potential running mate for Mitt Romney in 2012? The one who’s now facing a two-year prison term? Even if he gets off—which would mean a further cementing of the new and novel concept that bribery in America is cool, just as long as it’s to an elected official—he’s likely ruing the day he decided to walk around the state capital with a bottle of Anatabloc in his pocket, suggesting to other employees they should try them and to researchers they should put it on their research docket.

With the makeup of the Supreme Court now at 4-4, a split decision would mean lower court rulings would stand, meaning Virginia ex-governor Bob McDonnell, in two years, could also call himself an ex-con.

And the supplements made him do it.