10 tips for finding the perfect name 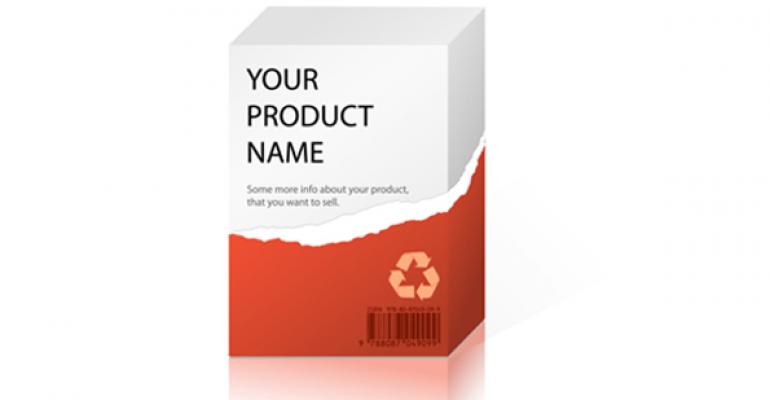 How do you sum up the entire mission, philosophy, value proposition and personality of your natural products brand in a simple, catchy name that hasn&#39;t already been trademarked? It&#39;s harder than you think. While some monikers may be plucked from the ether in a moment of catharsis, most others were determined deliberately and systematically by their creators. If you&#39;re struggling to christen your brand, consider these expert tips to help you nail that name the first time.

What's in a name? If you're creating a new product, plenty. Names set expectations—you'll need to be sure your product delivers on them. “Naming is at the top of the information pyramid for your product,” says Ken Hess, co-founder and CMO of Zest Brands and CEO of Communique Brands, the advertising and marketing agency that was responsible for naming Lucky’s and Alfalfa’s Market. “It’s the first thing the consumer sees. It has to say what you want. And it’s the hardest thing you’ll do when you’re creating a new product.”

If you’re in the naming stages, consider these ten tips from successful startups: 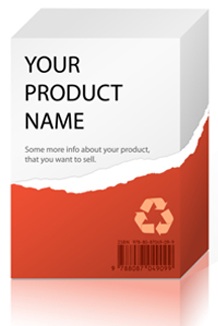 1. Brainstorm. It’s a fast, fun and (mostly) free way to harness the creative powers of several minds. Gather a team of consumers, colleagues, professionals and friends—10 to 12 is a good number—who represent your target audience, and host a brainstorming session. Keep it informal—you’ll create a relaxed atmosphere and a more open flow of ideas. Your goal is to amass as much fresh, new information as possible. In the wild flight of ideas, you never know when a winner will land.

Mary Waldner, founder and chairman of Mary’s Gone Crackers, brainstormed with a women’s support group made up of psychotherapists. “One of my friends said that the company should have my name in it and jokingly suggested Mary’s Crackin’ Up,” she says. “Another friend agreed and said, ‘Yeah, like Mary’s Gone Crackers!’ There was a huge silence when the significance of that name hit us all and I knew that was it.”

2. Make up a word. The best example, of course, is google—a deliberate misspelling of the term googol, meaning the number 1 followed by 100 zeroes. It implies an extremely large number of search engine hits—and it made its creators googols of money. Likewise, Sambazon, a line of Amazonian superfood, is a play on Sustainable Management of the Brazilian Amazon,says Ryan Black, Sambazon CEO and co-founder.

Play with words. Use deliberate misspellings, metaphors, combinations of words. If you find one that works, you’ll have the advantage of a unique, memorable name and, most likely, ability to more easily trademark. The disadvantage, of course, is that it doesn’t describe what your product does—so be prepared with taglines and graphics to explain.

3. Hire a pro. It’s the best money you’ll ever spend, says Communique Brands’ Hess. He suggests choosing a branding, marketing or advertising firm that specializes in the natural and organic industry, preferably one that has a name that’s still around. Expect to spend thousands of dollars and several weeks on the process.

Not everyone agrees, though. Some say the DIY route allows you to arrive at a name that’s deeply personal and authentic. “It has to start with you, your team and your product. I like to ask, ‘Why are we here?’” says Andrew Aussie, president and founder of Earnest Eats. “If you can answer that, you’ll be a good way along in understanding the core drivers of the brand.”

4. Be green, but not too crunchy. In the natural and organic industry, it’s tempting to overemphasize green-ness. But when it comes to product naming, there’s a fine line between green and crunchy. Names like Garden Burger, Farmers’ Market and Wholesome Sweeteners say “I’m natural,” without going over the top. Don’t get too hung up on using natural, organic, eco-friendly, or other such terms in your name. Twenty years ago, having the word “organic” might have conferred value on your product. “Now, ‘natural’ and ‘organic’ are overused to the point where they’re more or less meaningless terms,” Hess says. And consider the fact that lots of companies touting “organic” in their names are just another effort from GM or Nestlé, says Rodney North, Answer Man and worker/owner of Equal Exchange. “The organic or natural label no longer tells you who’s really behind the company,” he says.

5. Be catchy, but not too cute. Catchy, creative, sassy names stick. They’re easy to remember and fun to say (Oh Yes You Candy, Earnest Eats). Short words are also key, says Hess, especially if they have different connotations. “We chose ‘Zest’ because it means so many things: zest of the lemon, passion, zest for life,” he says. “Think of Silk, Alfalfa’s, Lucky’s. They’re short, clever, catchy and hard to forget.” When you’re being catchy, avoid cutesy names, big stretches or puns you have to explain. “Making the name too cute or complicated where you have to explain it each time, just makes it confusion for the consumer,” says Jodi Feinhor-Dennis, founder of Missy J's/Oh Yes You Candy. “Clever is good; complicated, cutesy or hard to understand, not so much.”

6. Appeal to emotions and values. A name is a promise. With it, you’re conveying what you’ll do for a consumer. The natural and organic market values health, environmental consciousness, sustainability, freshness, integrity. Appeal to the emotional side of those values when you name your product; brand names like Organic Valley, Nature’s Path or Eden Foods evoke an immediate response among natural and organic consumers. “We chose our name to capture our motivation: we are helping people everywhere, including our own friends and family, have healthier food choices that help them take better care of themselves,” says Aussie of Earnest Eats.

7. Emphasize your personality. “Naming your product should come from your heart,” says Feinhor-Dennis. “The creation of your product came from an inner genius, so carry that through with your branding.” Personalizing with your own name can work—think Justin’s Nut Butters, LaraBar, Purely Elizabeth, Mary’s Gone Crackers—as long as it’s easy to pronounce and not subject to misinterpretation. Places also have personality, but adding geographic location to your product’s name has advantages and disadvantages. “Sometimes tightly associating yourself with a place can limit your appeal, especially if you aspire to sell nationally,” says North. If you do choose a geographic location, be sure it works. Certain locations, like Boulder or Oregon, have a natural association with healthy and organic, and can promote the personality of a product. Corpus Christi? Not so much.

8. Say what you do. The bottom line is that you’re not trying to sell your product—you’re trying to sell a solution, outcome or benefit. That means your customer needs to know exactly who you are and what you do—and the first place that’s conveyed is in the name.

“When we started in this business 26 years ago, no one knew or understood fair trade,” says Equal Exchange’s North. “We tried to convey what we were doing with just two simple words—we would be trading fairly, equally, with our farmer partners.” (And it doesn’t hurt that the name contains some alliteration, too.) Vitamin Water, Honest Tea, GoodBelly—all are examples of a descriptive that says what the product does. “So much of your advertising is then already covered just by having the name and logo right there on the packaging,” says Alan Murray, CEO of GoodBelly.

At the same time, don’t box yourself in with a name. Be sure it’s expansive enough to allow flexibility down the line for new products or services. “Kids’ Best Snacks” may be a better choice than “Kids’ Best Chocolate-Chip Cookies.”

9. Snag it fast. “If you’re serious about getting your product to market, it’s important to look into trademarking, even in the early stages,” says Feinhor-Dennis. Once you have honed in on a name you like, before you start designing logos and business cards, do a trademark search at the U.S. Patent and Trademark Office (USPTO). That only shows you registered trademarks, so you’ll also need to search online to see if the domain name is available. Type your name in with every possible derivation to see if someone else is using it. Or use a fee-based trademark search engine like Thomson's SAEGIS database. If there is any way your product could be confused with a product with a similar name, steer clear. If your name is open, try to snag it fast. Get the domain name and apply for a trademark pronto. Technically, you can do it yourself, but hiring an attorney can expedite the results and make it more likely that you’ll get the name you want.

10. Take it for a test drive. Before you order 10,000 labels or create a marketing campaign in your head, try your name out on others. Do a poll with friends. Ask marketing experts. Send out Facebook surveys. Look at it written down. Say it in conversation, over the phone, in an elevator pitch. If it doesn’t work, don’t be afraid to consider a different name. “Finding the right name is a collaborative, iterative process involving social communities, agencies, friends and family,” says Black. “Ultimately, the winning name will rise to the top. Be fearless and have some fun with the journey.”

Thinking outside the box: 9 tips for perfect packaging
Jun 03, 2013