Recent
Latest
4 tips to get ahead of chemical concerns in packaging
May 20, 2022
7 CBD favorites in the increasingly popular gummies format
May 20, 2022
Mission MightyMe helps parents introduce allergens to babies
May 20, 2022
UNFI's Eric Dorne to step down as chief operating officer
May 20, 2022
Trending
Whole Foods' honors 30 companies with 10th annual Supplier Awards
May 18, 2022
Getting ready for 2023: Trends for brands to consider
May 17, 2022
Sponsored Content
The rise of sustainable business – eGuide
Sponsored Content
Natural beauty market trends
Jun 16, 2021
Natural Foods Merchandiser
brought to you by

2012: The year of natural retail expansion 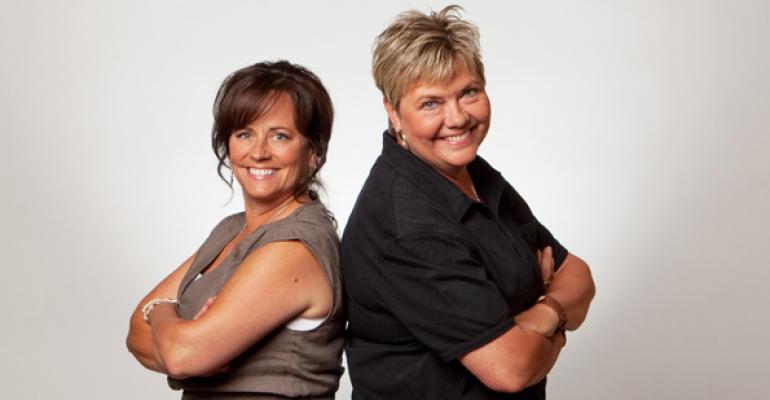 <p> Susie Farbin and Diana Hicks have announced the opening of their third MaMa Jean&#39;s Market in Springfield, Mo.</p>
Here&#39;s a look at recent news headlines in the world of natural foods retail.

This just might be the year of the expansion for natural foods retailers.

But independent retailers are growing greatly this year too.

Here are some recent announcements:

Boulder, Colo.-based Lucky’s Market will expand to Longmont, Colo., with the opening of a 26,000-square-foot location in summer 2013. The store will include a full-service liquor store. "Those ancillary things (such as a café and bakery) that we've built around our market will come inside there," Bo Sharon told the Longmont Times-Call. "Everything will be a little bit bigger."

Co-owner Cassie Green plans to open Green Grocer Dallas by mid-January. Green describes the store as an indoor farmers market with good beer and wine, and high standards. She told Pegasus News that she plans to visit every farm the Green Grocer could partner with to make sure conditions meet her standards of quality. “This is extremely important when it comes to animals,” Green told the newspaper. “I need to make sure that, while [the animals] are alive, they have lived a life healthily, stress-free, and in line with our values.” Green and her husband operate a Green Grocer in Chicago.

Native Roots Market, formerly of Norman, Okla., recently opened its Oklahoma City location. The new store is a full-service downtown neighborhood store with about one-third of its products marked Made in Oklahoma. Owner Matt Runkle told the Oklahoma Gazette that family-owned business was suffering competition but didn’t abandon its hometown for the larger city.

Dean’s Natural Food Market in New Jersey opened its third location. The retailer, who experienced the wrath of Hurricane Sandy, shared pictures and news of the new store on its Facebook page.

Connecticut’s FoodWorks will relocate early next year to an 8,800-square-foot location in Old Saybrook.

Outpost Natural Foods Cooperative has plans to open a fourth store in Minnesota.

Sprouts Farmers Markets, which owns about 150 stores in western states, will open a new outlet Jan. 16 in Grand Junction, Colo. “Over the last six months, we've been working to integrate and re-brand all Sunflower stores to the Sprouts banner,” CEO Doug Sanders told the Grand Junction Free Press. “We're moving forward with the four remaining (Sprouts) stores to open in 2013. Grand Junction is one of those. It looks like a great site. I think it's a beautiful area.”

Natural Grocers’ recent announcements include a Kalispell, Mont., location that will include a community area with WiFi.

Whole Foods Market’s recent news: opening a Boise, Idaho, store that includes the River Room restaurant on the second floor (The Idaho Press coverage includes 14 pictures of the opening.) and a Tampa, Fla., store that brings the number of locations to 18 in the state; plans for a 35,000-square-foot store in Asheville, N.C., that would be part of a redevelopment project; and intentions to convert a former Borders Bookstore in Cape Cod, with a winter 2013 opening.

Joe Lueken’s Village Foods, with two locations in Bemidji, Minn., and one in Wahpeton, N.D., will become employee owned Jan. 1, when Lueken retires after 46 years. Lueken told the Star Tribune that he had multiple offers to sell to large independent chains and might have gotten more money that way. But he and his family believe that selling to workers will be better for them, the business and this north-central Minnesota city of 13,000 people.

"My employees are largely responsible for any success I've had, and they deserve to get some of the benefits of that," Lueken told the newspaper. "You can't always take. You also have to give back."