HomeManufacturing and Supply (Business Resources)3 nutrition policy issues to watch in 2013
Recent
Latest
The Planting Hope Company aims to prove gender equity leads to success
May 23, 2022
4 tips to get ahead of chemical concerns in packaging
May 20, 2022
7 CBD favorites in the increasingly popular gummies format
May 20, 2022
Mission MightyMe helps parents introduce allergens to babies
May 20, 2022
Trending
Whole Foods' honors 30 companies with 10th annual Supplier Awards
May 18, 2022
Getting ready for 2023: Trends for brands to consider
May 17, 2022
Sponsored Content
The rise of sustainable business – eGuide
Sponsored Content
Natural beauty market trends
Jun 16, 2021 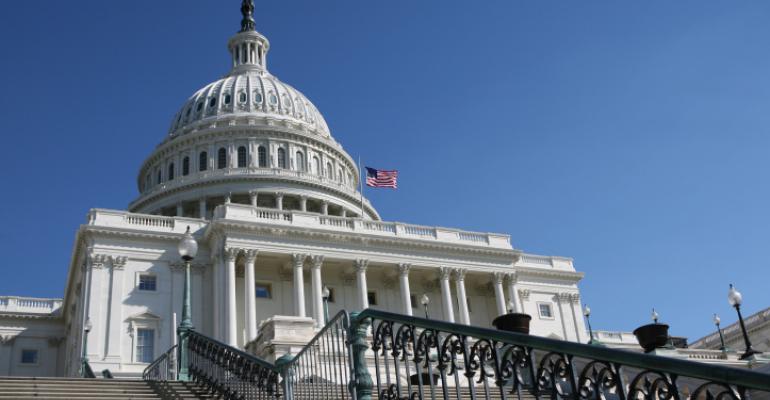 More women and Democrats. Fewer supplement advocates. Same old problems. How will the supplements industry fare in the Congressional session ahead?

The 2012 election brought lots of changes to the nation, some of which affect the dietary supplements arena as well as manufacturers and marketers of functional beverages and healthy foods.

In the last two federal election cycles, there have been 187 new members of Congress, including 74 from this election. In fact, fewer than 12 percent of Congressmen remain in office since the seminal Dietary Supplements Health and Education Act was passed in 1994. That spells vigilance for members of the industry who believe DSHEA is a static piece of legislation.

The view toward the Congress goes in two directions: toward people or policy.

“While our industry has the best champions we can ask for in Harkin and Hatch, we must be looking forward to the future and understand the current political landsape, and here the Senate is firmly in Democratic control,” said John Shaw, CEO of the Natural Products Association. “The person who will control that political agenda in what’s brought to the floor is Senator Harry Reid of Nevada.”

Apart from driving legislation, there is also the consideration of building consensus in the larger Congress. The dietary supplement caucus is the industry’s best advocates.

“We’ll work hard on those folks [in Congress] to get them in the dietary supplement caucus,” said Mike Greene, the Council for Responsible Nutrition’s vice president of government relations. “We aim for the caucus to be bipartisan, run by active members of Congress who care very much about dietary supplement issues.”

The problem here is another numbers game. In the last session of Congress, the dietary supplement caucus was comprised of 24 members. Fully eight of these members will not be with the next Congress, either because of electoral defeat or retirement. This includes one of the four co-chairs, Senator Dan Burton (R-IN).

“Losing eight in one instance is a bit alarming, but ultimately it’s a reminder to us that it’s important to share information,” said Greene. “We want to bring speakers in to bring up key issues to Congressional staffers.”

Daniel Fabricant, PhD, director of the division of dietary supplement programs at the FDA, at the SupplySide West show in Las Vegas last week, said that the “overwhelming majority of the industry is not meeting some level of compliance, or the level in which we’d like to see. GMPs are the minimal standard. There’s not a lot of indication that [the number of GMP violations] is going to go down.” The FDA recently has significantly ramped up the issuance of 483s, warning letters, seizures and injunctions. “You’re going to see a lot more of that,” said Fabricant.

The issue of adverse events reports is going to gain heightened attention in 2013 because the two biggest Congressional thorns in the supplements industry’s side—Sen. Dick Durbin (D-IL) and Congressman Henry Waxman (D-CA)—requested the Government Accountability Office come out with a revised report in 2013.

“We expect it to be negative,” said Greene, who said it’s likely Durbin will use the occasion of the issuance of the GAO report to re-introduce his Dietary Supplements Labeling Act, which got shot down in the last Congress. “Durbin has written seven letters, introduced two amendments. He’s interested in dietary supplements, in caffeine issues,” he said.

After a contentious affair between industry and the FDA after the government issued its report in July 2011, the FDA pulled the report to re-assess. At its core, NDIs are an attempt to vouchsafe ingredient and finished product safety under normal conditions of use. “Negotiations are proceeding slowly but in a manner we’re comfortable with,” said Greene. There is no timeline as to when the next iteration will be made public.

As there is still a significant amount of heavy lifting to be done on these three points, that means even more time will pass before other issues come to the fore. Two that come to mind are making supplements available for food stamps, and loosening the restriction on marketing claims when science shows a deeper health benefit than mere structure/function claims.

If the industry expects to make progress here, it needs to come together: the so-called "responsible industry" that are trade group members as well as those who are not and are the ones most likely to be the “bad apples” that give the rest of the industry a bad name. Meeting baseline safety and quality issues will go a long way to resolving these issues, but are a long way off.

What will it take for the supplement industry to comply with GMPs?
Jul 19, 2012