5 takeaways for retailers from the viral Kashi photo 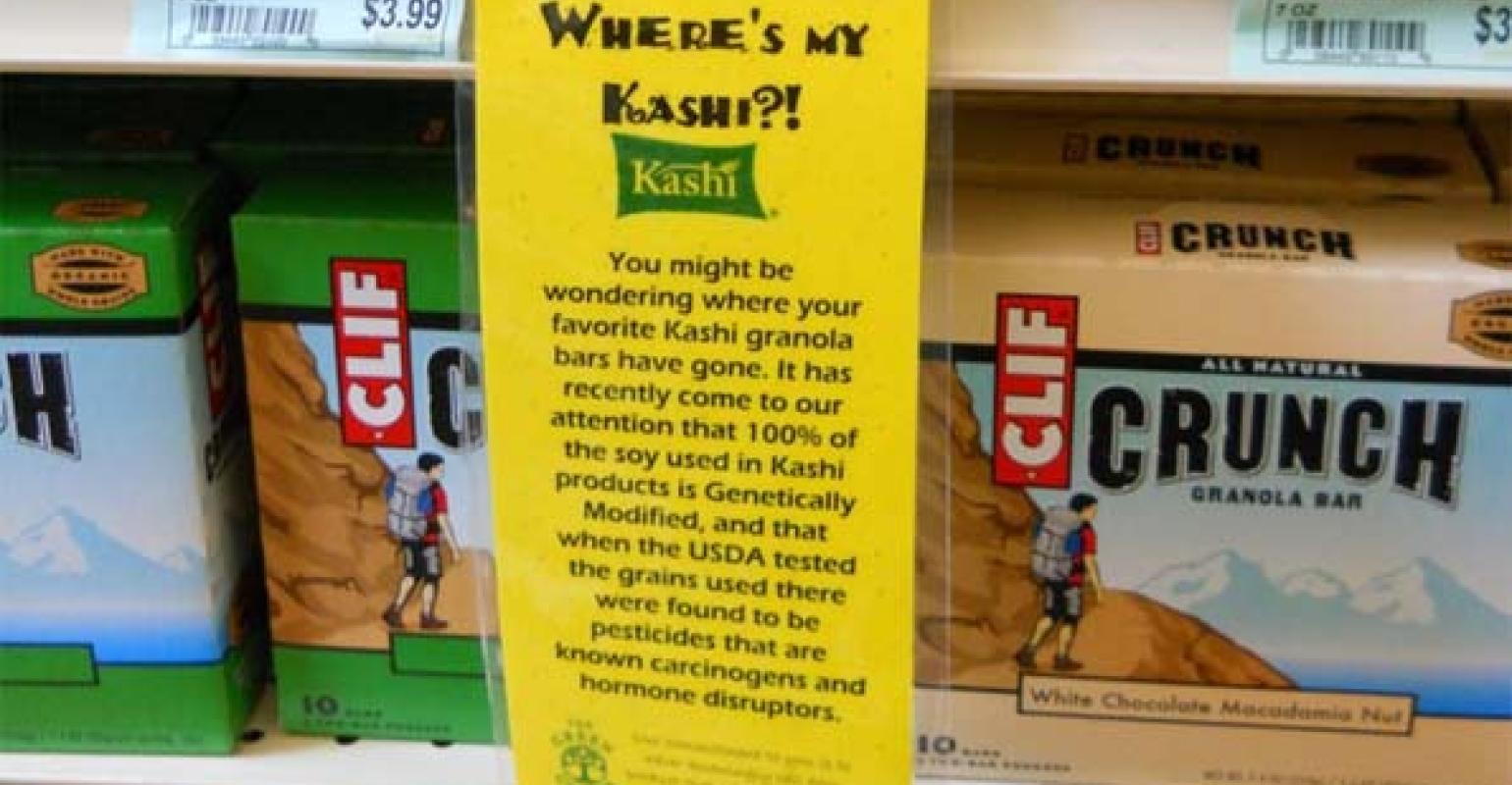 Retailers can prepare for handling headline-grabbing issues such as the viral anti-GMO Kashi cereal photo. Read on for five things you can learn from the recent social media storm.

Social media recently derailed the “seven whole grains on a mission” company. But retailers with a clear vision and a plan can maneuver the new media marketplace and avoid a crash like Kashi’s.

If you missed the social buzz and major media headlines, read about how The Green Grocer's anti-GMO photo went viral.

The social media storm makes two things clear: Labeling confuses consumers and they have power in the new media world.

Here are five lessons retailers can learn from this recent media rush.

To help their customers, retailers need to stay ahead of the game, said Craig Ostbo, cofounder and principal of Koopman Ostbo Marketing Communications in Portland, Ore.

Engaging on social media networks is important but can be overwhelming. Using free or paid tools to track conversations can help break through the social cacophony. Ostbo suggests using tools such as Jive, Radian 6, Trackur or any of the many other social media tracking tools to keep on top of issues such as genetically modified foods or particular products. And don’t forget to track your own brand.

The litany of labels and undefined terms confuse customers. Ostbo has seen it because he has done in-store, customer research. But you can’t blame patrons and must instead take a proactive approach by defining “this is what organic means to us, this is what natural means to us,” he said.

“Educating the staff and in turn the shoppers differentiates your store from other retailers because you actually care enough about the customer to educate them,” Ostbo said. “Otherwise it’s just price and item.”

Sheri Wallace, of Organic PR in Tuscon, Ariz., agrees, noting it’s important to explain the choices you make as a merchant. People do listen to natural foods merchants, she said.

“[Today’s natural consumer is] more mainstream and not used to any organic or natural product labeling and they have a different expectation when they read a box,” Wallace said. “You can be technically correct, but you can also mislead a consumer.... To the average consumer ‘all natural’ means something; to us in the industry, it means nothing.”

Grocers can use the Kashi story as a jumping off point to offer more education, she said. Communicate through newsletters, emails and at the checkout stand, among other venues. She also suggests that stores cultivate an expert who can talk more deeply about topics such as genetically modified foods.

“Transparency” has become more than a buzzword—it is the way to do business today, particularly in the natural foods space where, as Wallace said, “trust is everything.”

Ostbo put it this way: You no longer own your brand, your customer does.

Today it’s the woman texting on her smartphone—she owns the brand, Ostbo said, with emphasis on “she” because women make 85 percent of the purchase decisions in America.

With the ubiquity of social media, businesses need to be completely transparent, authentic and truthful because, “like your mother, she’s going to find out and then you are going to get caught,” Ostbo said. While many authentic companies exist, one that is doing it right is R.W. Knudsen Family.

For retailers, planning means understanding your response to issues that arise among the products you carry. Wallace suggests three keys to planning:

5. Speed is a necessity.

Businesses have three seconds to respond before the conversation is out of their hands, Ostbo said. In the new social media world, instantaneous response is necessary because the battle is lost once speculation starts. If Kashi had been faster to Twitter and with its video response, the story would have looked different, Wallace said.

The lessons from the growing number of social media gaffes, successes and viral insanity go on and on. These are just a few. Have others? Share below.