Break down the walls keeping inner beauty at bay from consumers and coworkers. We illuminate &quot;beauty from within&quot; marketing strategies &ndash; the good, the bad and the ugly &ndash; for nutricosmetics manufacturers.

Think these beauty doctrines are reserved just for creams and cosmetics? Surprise! These familiar marketing messages all come from nutricosmetics – nutritional supplements that enhance skin from the inside out. So if the messages are the same, why was the U.S. nutricosmetics market in 2009 only $37.5 million compared to the skincare products market at $8.8 billion? And why is it so difficult to get consumers – and even manufacturers ­– on board?

"The barrier for nutricosmetics, at least in the mainstream, is the idea that they're not necessarily deemed trustworthy or credible yet," said Mark Whalley, analyst for Datamonitor's consumer packaged goods unit. While nutricosmetics enjoy popularity in Japan and some European countries, an appreciation for the value of beauty supplements remains elusive in the U.S. market.

Marketers face many challenges: selling products with new, unknown ingredients; convincing consumers to invest in a product that takes time to produce results; and deciding where these products should be sold.

Whalley said that four out of 10 U.S. consumers find beauty foods and drinks appealing, but that doesn't necessarily constitute a purchase. That's when you have to bring out the science. Jennifer McCord, conference manager for New Hope Natural Media's Supply Network, echoes the sentiment: "The consumer is hesitating to buy because they don't see the results and the science," she said. "My sense is neither does the manufacturer."

Manufacturers should deeply evaluate the ingredients and science behind nutricosmetics because "the people who have the ingredients are selling the same idea to the manufacturer that the manufacturer is going to sell to the consumer," explained McCord. "My concentration for the NutriCosmetic Summit 2011 is going to be science and gaining the trust of the consumer. To me that's the Holy Grail," she said. The NutriCosmetic Summit will be held in Las Vegas on June 22-23.

Believing in beauty from within

Perhaps even more difficult than convincing a consumer is convincing your own coworkers to believe in beauty from within. A couple years ago, that was the case at P.L. Thomas of Morristown, N.J., which sells plant-based ingredients to the food, nutraceutical and cosmeceutical industries. 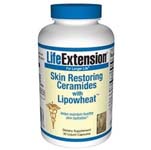 Product Manager Alda Brandao became a champion of nutricosmetics in the company when others were highly skeptical. "I was the one that always believed in it and decided to run with it," she said. "I thought we had good ingredients with good science, and tried to show the world that they could be used in another application."

"The whole idea of beauty from within is having a foothold," she said.

1. Be persistent.
When it comes to entirely new ingredients, it's time to dig in and market in every way you know how – and be prepared to spend several years publicizing new products. "The pioneers will always have more work than the followers," said Brandao, while Nurnberger added that the company has been engaged in a marketing blitz for Lipowheat for nearly a year.

Ingredients that are well known, such as aloe vera and antioxidants such as goji or açai berries, are easier sells than unfamiliar ingredients that consumers may not trust.

2. Skip the supermarket.
One of the ways to increase consumer confidence, Whalley said, is by selling nutricosmetics in the pharmacy instead of the supermarket. For example, in 2007 Danone launched Essensis, a yogurt that claimed to nourish skin from within, in France. The product did well initially, but was removed from the market in February 2009 because sales dried up, Whalley said. "It lost its appeal. Possibly the consumers were not ready to buy it off the shelf with this kind of claim." 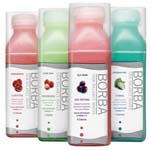 Because consumers don't seem to be cruising dairy aisles with inner beauty in mind, other companies have begun launching nutricosmetics at spas and, yes, in the presence of a pharmacy. Beauty brand BORBA announced the January 2011 launch of several products in Walgreens, collectively referred to as the "Inside Out Beauty Solution." Consumers visiting www.walgreens.com/borba get a skin tip of the week and can pre-order the products at a discount.

"It was important to merchandise all products together for a cohesive inside-out message," said Jennifer Norman, BORBA's vice president of marketing.

3. Give samples, get endorsements.

Unless quite robust, "ad campaigns are going to do very little, if anything at all, in gaining consumer confidence," said Hossay Momand, director and founder of Yllume, a topical and ingestible that helps to reduce acne scarring. Yllume was launched in July 2010 in the U.K. and Momand's team has taken to social media and distributed the product to beauty editors who write about their positive experience. "We have had good success using these relatively simple methods," she said.

4. Lead with science.
Ask anyone working in nutricosmetics and they'll agree – it's all about the science. "Science-backed products are probably the best way to convince the customer to part with their money," said Momand. If your product contains a topical and supplement, ensure the clinical study focuses on using both together. Most consumers won't do research on their own, so it's up to you to provide it front and center – on your Web site, on social media, store displays and packaging.

Chris Fields, vice president of scientific affairs and technical marketing for Applied Food Sciences Inc., said some brands are finding inroads where beauty is already top of mind. "Eminence [Organics] has taken a leadership role in educating the day spa community on the benefits of using nutritional products within their topical creams, scrubs and lotions," she said, "thus paving the way for at-home products through conventional mass drug and beauty stores such as Sephora or Ulta."

6. Play up nature.
Another strategy is to take the sustainable route, Fields recommends. "I think you give the customer a pretty easy decision to make when they are comparing two products that provide the same benefit (such as anti-aging) but one is made with all natural science based ingredients and the other a synthetic chemical," she said.

The 2010 Mintel Natural/Organic Personal Care Market report indicated a 10 percent growth between 2007 and 2009, reaching $462 million. Fields said 2011 should top that, bringing the market well above $500 million.

For nutricosmetics to go mainstream, Whalley and Brandao both said more high-profile companies need to release products in order to spread the message. Nestlé did this with beauty drink Glowelle. But the future of nutricosmetics may be all about timing.

"All the four-in-one treatments have resulted in a consumer wanting multi-tasking products with instant results," said Momand of Yllume. "However, with supplements they [consumers] are slowly understanding the idea that seeing benefits from taking oral supplements will take time."