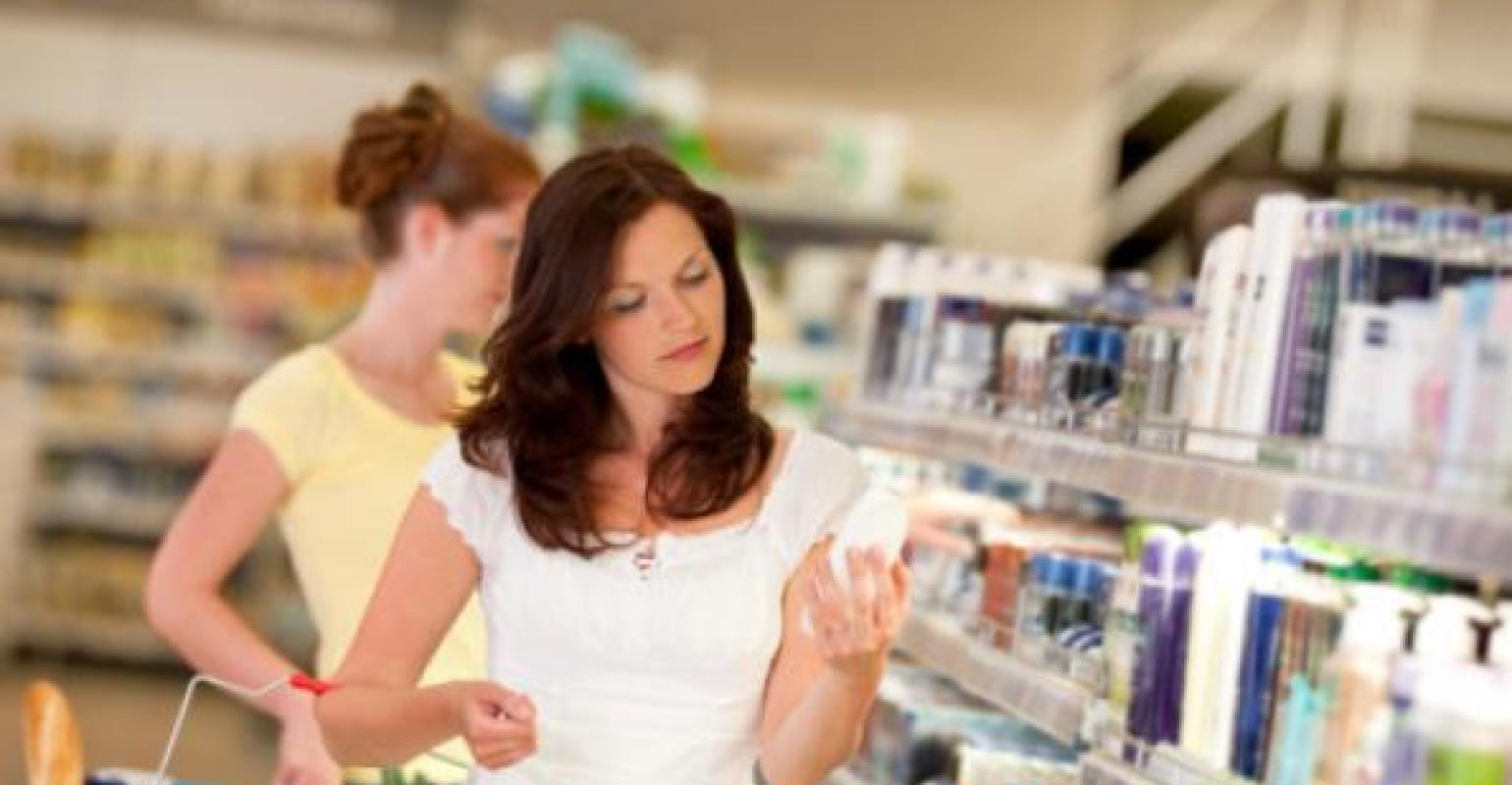 Continued growth of the natural and organic personal care segment presents tremendous opportunities for suppliers, manufacturers and retailers in the industry. From all-star natural ingredients to the latest cosmetics legislation, we reveal 2012&rsquo;s insider beauty secrets.

The innovation and leadership in the natural personal care industry this year was truly a thing of beauty, from new ingredient breakthroughs to clever marketing strategies, impressive launches and advocacy. But if I had to choose one hallelujah moment, it would have to be Johnson & Johnson finally agreeing to reformulate its baby products. While this announcement left many of us wondering the obvious “Why are toxins still in baby products?” it also has encouraging, far-reaching implications for personal care’s future—and proves the influence of the nontoxic beauty industry.

Everyone wants in on natural—and for good reason.

What’s to thank for such impressive growth? Leading the way is consumer concern about ingredients and education efforts from nonprofits such as the Campaign for Safe Cosmetics. Emerging certifications, stricter retail standards and new legislation also have boosted the buzz around natural personal care.

And here's the really good news: Not only do these recent developments represent a victory for concerned shoppers, they also present tremendous opportunities for suppliers, manufacturers and retailers in the natural channel. Here are 2012’s insider beauty secrets.

A waft of fragrance disclosure

Consumers and activists have been putting in their two cents about fragrance disclosure—and it may be paying off.

In addition to “natural” fragrance being one of 2010’s fastest growing natural personal care segments, label-savvy customers are demanding natural fragrances in products such as shampoo and lotion. The problem: Under current regulations, manufacturers aren’t required to reveal what’s truly in these sneaky ingredients, which, according to fragrance testing from the Campaign for Safe Cosmetics, often include multiple allergens and hormone disrupting chemicals. "The fragrance secrecy is a core problem in the industry and it's also something that the companies are prepared for. The thing they are the most worried about is the fragrance disclosure," said Stacy Malkan, founder of the Campaign for Safe Cosmetics.

Many natural personal care manufacturers, particularly the 321 companies that have met all of the Campaign’s Compact for Safe Cosmetics requirements, already reveal every ingredient, including those that make up fragrance. However many others, even in the natural channel, still do not. If passed next year, the Safe Cosmetics Act (introduced in 2010 and again in 2011) would make it legally binding.

But even in the absence of strict legislation, mass manufacturers are preparing to accommodate consumer demand. Take Johnson & Johnson’s reformulation, which could be a strong first step toward fragrance disclosure, said Malkan. “Johnson & Johnson said that they’re paying attention to the issue of fragrance, but that it’s an entire industry issue—they have to deal with stakeholders and the huge fragrance houses.” These changes would affect the entire supply chain and provide more opportunities for suppliers of natural plant-based fragrances such as essential oils.

Though consumer skepticism of nutricosmetics presented a major barrier to early growth, today’s numbers are promising: 2010 nutricosmetics sales are estimated at $900 million, 6 percent over 2009, according to Nutrition Business Journal. And product quality continues to evolve as manufacturers focus on research and efficacy to meet the demands of natural products consumers.

So where’s the biggest opportunity for the nutricosmetics biz in 2012? Pairing topicals with ingestibles, both as a way to get more consumers to trust the category and to boost efficacy, said Christine Fields, vice president of scientific affairs for Applied Food Sciences. That, after all, is what natural products consumers want: 60 percent of them said they prefer nutricosmetics as softgels or capsules paired with a cream or lotion in Delicious Living’s Personal Care Report, which tracked the purchasing habits of “green” consumers.

While some companies such as Sibu and SeabuckWonders launched lines with this dual beauty-boosting delivery at the core, more manufacturers—supplement and body care—will find ways give consumers the most value by offering both topicals and ingestibles and merchandising them effectively.

Last year, Sun Chlorella launched a high-performance topical using chlorella growth factor to renew skin cells. Now the company is looking at more ways to bridge the gap between its Sun Chlorella capsules, which have skin-beneficial detoxifying effects, and its chlorella growth factor cream, potentially marketing them as a beauty-from-within team.

I expect more companies will also follow in the lead of Omojo, a nutricosmetics company that packages its serums and supplements as targeted systems (acne, antiaging, skin brightening) to avoid point-of-purchase merchandising barriers.

Nutrition Business Journal estimates that natural skin care sales grew 6 percent to reach $3.2 billion in 2010. Solid growth, absolutely, but total sales numbers that are well below conventional skin care. Why? Many customers are still unconvinced that natural or organic skin care is as effective as conventional cosmetics, according to Mintel.

Luckily, manufacturers are in a strong place to gain consumer loyalty next year if they continue to invest in the latest innovative natural ingredients to up the efficacy of serums, creams and masks. Don’t be so quick to say goodbye to food-based ingredients such as cocoa, sugar, and citrus; these pure ingredients will continue to have a presence in skin care. But for truly efficacious specialty treatments such as those targeted at antiaging and acne, the latest science and high-performance ingredients will be critical.

Mychelle was one of the first to tap plant stem cells—promising skin care ingredients, initially highlighted back in 2009—for their potential to regenerate your own dying skin cells. Now many more companies are incorporating the ingredient: Andalou Naturals introduced its brand this year, based entirely around plant stem cells, and other companies such as Reviva Labs and Acure also have launched plant stem cell products. Other skin-protective ingredients to look for: Resveratrol, once only regarded for its use in supplements, as well as CoQ10, hyaluronic acid and peptides.

Collagen, a longstanding go-to in antiaging nutricosmetics and skin care, also continues gaining momentum. As knowledge about this complex antiaging beauty supplement increases, companies are launching new products (or rebranding old ones) to capture its full potential. New company YouTheory uses all three types of collagen in a single supplement so that its products may help boost skin, bone and joint health. New launch from Nature’s Life, Collagen Lift Resveratrol Plus, also provides Collagen types I, II and III along with resveratrol and ALA.

Suppliers, too, are adjusting their approach to the ingredient: BioCell, a collagen ingredient supplier, gave its ingredient a branding makeover to accurately reflect the results of recent proprietary research. According to the company, its type II collagen offers multiple benefits, including stimulating dermal fibroblasts, which are responsible for the production of skin (type I) collagen. Once known as “BioCell Collagen II,” it is now just “BioCell Collagen.”

I’m also predicting more developments with plant-based collagen, particularly from tobacco plants, to get the attention of vegan and vegetarian consumers.

The beauty of vertical integration

With an increasing interest in transparency and quality, suppliers directly and responsibly sourcing ingredients are ripe to launch finished products.

Canfo, a manufacturer of targeted supplements, including nutricosmetic BeautifyMe, started as a raw material provider before introducing its nine SKUs this year. Direct sourcing also made it easier for the company to obtain Non-GMO Verified certification for all of its branded products.

More interest in fair-trade personal care products, a relatively new category established in 2008, makes the fair-trade category is a key area for suppliers to launch finished products: Over the past year, sales of fair trade aromatherapy and body oils increased 19 percent, while skin care increased by 32 percent, according to Fair Trade USA. Promising ingredients include shea butter, cocoa butter, coffee, tea, and sugar, as well as up-and-coming exotic oils like baobab and flower and fruit extracts.

Vertical integration is the easiest way to ensure quality ingredients. But tightening the supply chain can also come from closer partnerships with suppliers. With the increasing focus on ingredient transparency, suppliers can no longer keep consumers and manufacturers “in the dark,” said Mia Davis, organizing director of the Campaign for Safe Cosmetics.

Four years after launching San Francisco-based CLeanWell, founder Larry Weiss points out major differences in these supply-chain relationships. “Suppliers would offer all sorts of materials and they didn’t even understand when we said we would look deeply into every ingredient. Since 2007, we have seen raw material suppliers grow their expertise, not only supply the ingredients,” he said. “We, the small businesses, are the ones holding these folks accountable.

Wondering which category will most successfully capture crossover consumers? How about products that address the number one concern related to aging skin and those that parents are most likely to purchase for their children: sun care.

While the kids’ personal care category (natural and conventional) has floundered since 2008, parents view sunscreen as a necessity—fueling its 11.1 percent growth in 2010, according to market research firm Mintel. Why go natural? The Environmental Working Group’s annual sunscreen report has raised awareness about the importance of using mineral-based sunscreens for UVA and UVB protection, as well as potential dangers from chemical ingredients like oxybenzone. And the FDA’s new sunscreen requirements, which it will enforce starting June 2012, require any company making “broad spectrum” claims to test for UVA protection, as well as UVB. These requirements also put the kibosh on misleading claims like "waterproof" or "sweatproof," or "sunblocks."

“We have gotten a lot of customer concerns and questions, and our stance as a company is the stay on the absolutely safe side, using ingredients that have no controversy,” said Rebecca Hamilton, director of product development for Badger.

Legislation shows up on labels

Wondering how and when behind-the-scenes legislation will affect manufacturers and the stores where they sell? 2012 will be a biggie. We’ll see the FDA’s sunscreen requirements change packaging on hundreds of sun care companies this summer.

When it come to "organic" claims, many companies such as Aubrey and Giovanni already adjusted labels this year to meet Whole Foods’ organic requirements (any company claiming to be “organic” must have the USDA Organic of NSF/ANSI 305 “made with organic ingredients” certifications to back them up), others claiming to be organic will have to change their labeling in 2012 as a result of a recent lawsuit.

Center for Environmental Health (CEH) targeted 34 companies for violating the California Organic Production Act (COPA) and settled with 11 of them, including natural brands Kiss My Face, Pacifica and Organique by Himalaya. Based on availability of organic ingredients or ability to maintain efficacy, these companies will either reformulate to get organic certification, or adjust branding and packaging. While this could bring some clarity to the organic cosmetics issue, opponents point out that it doesn’t take consideration international organic standards, common—and even growing—in the personal care industry.