Corn down, oilseeds up for ADM in Q1 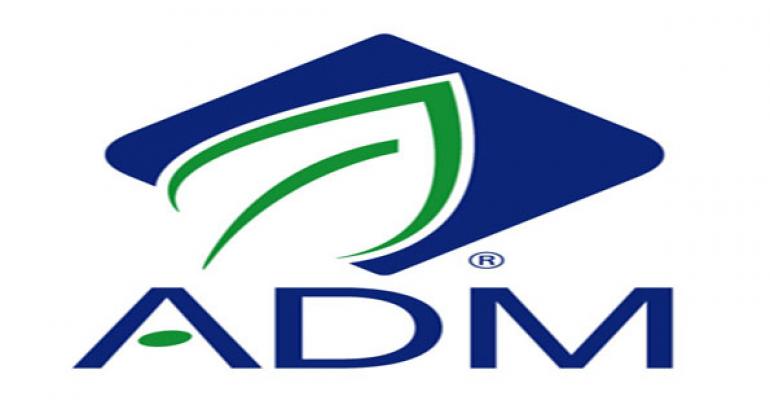 New WILD Flavors and Specialty Ingredients business got off to a great start toward achieving cost and revenue synergies in Q1.

“In the first quarter, the ADM team demonstrated their ability to leverage the strengths of our diversified business model,” said ADM Chief Executive Officer Juan Luciano. “The Oilseeds team capitalized on favorable market conditions and delivered outstanding results, with strong performances in each region. In Ag Services, our recently created global trade desk (GTD) platform drove higher merchandised volumes. Our new WILD Flavors and Specialty Ingredients business got off to a great start toward achieving the cost and revenue synergies we identified last year. Together, these performances helped deliver a good quarter overall, even as lower industry ethanol margins limited earnings in Corn, and the strong dollar limited U.S. grain exports.

“We have continued to advance the strategic plan we shared at our December investor day. In the area of optimizing the core, we announced the acquisition of a Belgian oil bottling business, helping us reach a wider customer base and creating a new output for our European crushing assets. And the WFSI team has been working with customers as they developed and launched new products using SCI, WILD and ADM ingredients. We had more than 200 joint customer engagements, building a pipeline of more than 400 projects, resulting already in more than 30 revenue synergy wins, across a number of regions and business units in Q1 alone. In the area of driving operational efficiencies, we have already identified more than $200 million in run-rate savings opportunities, toward our goal of $550 million in five years. And, in the area of strategic expansion, the corn processing business expanded in high-growth geographies, with the acquisition of the remaining stake of corn wet mills in Bulgaria and Turkey, and an increased stake in a facility in Hungary.”

Milling and other results improved $15 million to $55 million, due primarily to strong margins for flour, grain and feed.

Bioproducts results declined from $156 million to $42 million due to lower ethanol production volumes amid weaker industry margins. Supply/demand imbalances challenged industry ethanol margins most of the quarter, though conditions and margins have been improving since late March.

Refining, packaging, biodiesel and other generated a profit of $52 million for the quarter, down $33 million. Improved biodiesel results in South America—from the enactment of increased blending standards in Brazil—were offset by lower margins in North America and weaker demand in Europe.

Oilseeds results in Asia for the quarter improved from the year-ago period, primarily driven by stronger Wilmar results.

In the first quarter, WILD Flavors and Specialty Ingredients operating profit was $68 million. Globally, the WILD Flavors business is off to a great start towards achieving the cost and revenue synergies that were identified last year. There have been more than 200 joint customer engagements, more than 400 projects in the pipeline and 30 revenue synergy wins across the business units and geographies.