HomeBusiness ResourcesManufacturing and SupplyDang Foods founder: 'I wouldn't be happy if I hadn't become an entrepreneur'
Recent
Latest
Sponsored Content
How brands can get their trade spend under control – article
Sponsored Content
Going organic lifts everyone up – video
6 natural brands partner with UNSTUCK on new product line to aid refugees
Jun 23, 2022
Sponsored Content
The power of organic messaging – download
Trending
Getting ready for 2023: Trends for brands to consider
May 17, 2022
Unboxed: 7 clean collagen powders with a twist
Jun 21, 2022
12 brands marketing positivity, kindness and joy
Jun 17, 2022
Coca-Cola axes Honest Tea, but its founders are just getting started
Jun 07, 2022

Dang Foods founder: 'I wouldn't be happy if I hadn't become an entrepreneur' 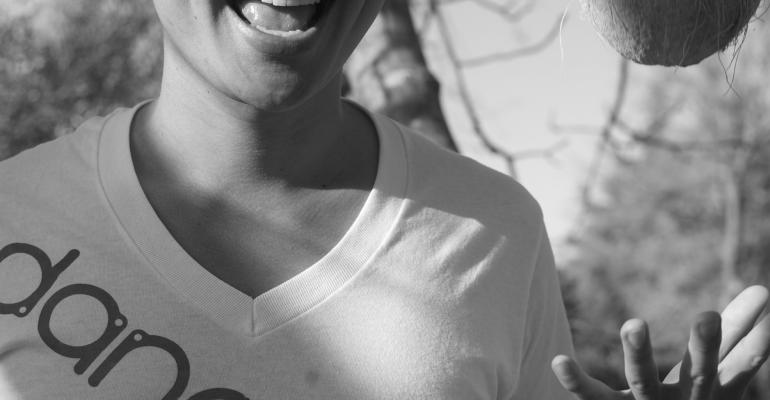 Ever try toasted coconut chips? They&#39;re amazing, as&nbsp;Dang Foods&nbsp;founder Vincent Kitirattragarn can attest. So amazing, he started a business importing and selling them through natural retail. Here, he offers his tips for other young entrepreneurs thinking about making the leap into the natural products business world.

Like many millennials, I entered the job market hoping to make the world a better place. One job after another promised karmic enlightenment through altruism. After a string of values-driven but unfulfilling jobs, I found that living up to other’s expectations isn’t fulfilling at all. My happiness came when I started focusing on my own project. I became motivated and gained the direction I so desperately wanted. Nothing sharpens the mind like the instinct to survive, and start-ups are perpetually in survival mode. The lessons learned from navigating the early stages still apply day-to-day now that we’re in a high-growth phase of the company.

My journey started as many others have in the food industry: in the kitchen. I was working at a startup and started cooking Thai dishes for the SF Underground Farmers' Market (read: semi-legal gastroclub) on the side. It was hard work—a full day of buying ingredients, cooking dishes, then schlepping everything to the venue and doling out 200 plates per night.

At my first farmers' market I learned a valuable lesson: make only what you can sell. Earlier that week, a New York Times article came out about the Market so I safely assumed it’d be swamped. What I didn’t know was that the venue could only hold a limited amount of people, so there ended up being a block-long line of people waiting to get in. Most just turned around and went elsewhere. That night I made $1000, but had spent $800 on ingredients and threw away half of the food I intended to sell! It felt horrible to waste that much food and I was determined to work smarter the next time around. At the following market, I spent far less on ingredients and made less revenue but earned a much higher profit.

After some time, my mother gained interest and gave me a recipe for Miang Kum lettuce wraps—the same kind she ate as a college student in Thailand. One of the ingredients was toasted coconut. When I made it, my kitchen filled with a strong, sweet aroma and the taste was fantastic. I immediately called my brother in Thailand to see if he could find anything similar. He brought back samples and we met with a production facility to discuss co-packing coconut chips with our packaging and specifications.

We realized quickly that in order to make the biggest impact, knowing your customer is absolutely essential. Americans are used to a big serving of chips, so we made sure to add air to our bags to keep our bag size as large as possible. We wanted two sizes—one for grab-and-go markets and another for families to share. We couldn’t include a clear window on our package because it would decrease shelf life so we took a photo and put it on the front panel. To create the feeling of a natural product, we chose logo colors that can be found in nature.

We named the company Dang since it’s our mother’s Thai nickname and it described what we want our brand to represent: fun, casual, and surprisingly flavorful. To this day, when we perform demos we get plenty of shoppers tasting our chips and saying “Dang, that’s good!” even before seeing that it’s our company tagline.

When we got our first samples, we filled soufflé cups and with stickered lids that said “Dang Chips” on them and, at the Fancy Food Show, went up to anyone from stores we recognized. We had no booth, but we made our presence known by stopping buyers in aisles and asking for feedback on the spot. Without the resources of a big company, we accomplished our goals by being scrappy.

Looking back, we were hungry in the way that only early stage founders are—enough to go outside our comfort zones to do what we had to do. We got lucky and spoke with the head of a major distributor and a Whole Foods Market regional buyer who both said they liked the taste and wanted to see retail packaging.

That was all the encouragement we needed to put our energy behind Dang. Our family had been importing candles and other home accessories to the U.S. for 30 years, so we tapped them to help me find suppliers and arrange shipping. We reached out to talented college friends to design a logo and packaging. It took a year and we launched in the summer of 2012.

Today, we’re in more than 2,000 stores while remaining 100% self-funded and family-owned. It feels fantastic to lead a team into battle, especially when you’re all on the same page with the same goals. Part of me knows that I wouldn’t be happy if I hadn't become an entrepreneur, and if you feel the same, you owe it to yourself to start something.