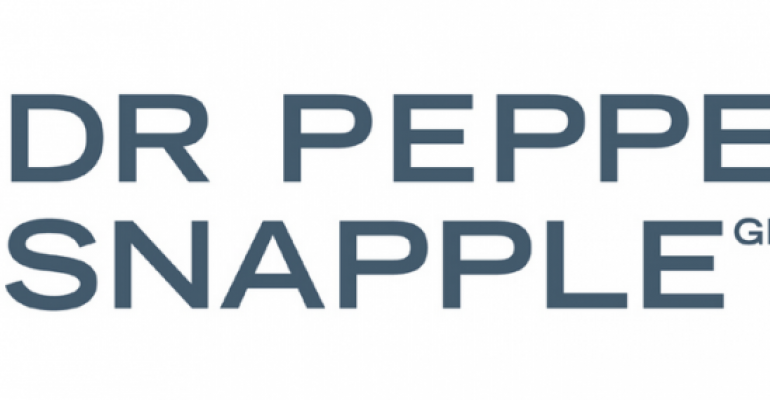 Despite its competitors&#39; sinking soda sales, Dr Pepper Snapple Group is hanging on in fizzy drinks.

DPS President and CEO Larry Young said, “We had a strong start to 2015. Our teams continued to persevere though a challenging environment by executing against our key priorities of building our brands with consumers and executing with excellence in the marketplace. We grew both dollar and volume share in CSDs in Nielsen-measured markets, outperforming the category. We expanded distribution and availability across our tea and juice portfolios and launched relevant innovation to address consumers’ changing needs. Our Rapid Continuous Improvement (RCI) capabilities continue to develop across the organization and are helping to drive top-line growth, and we still have a tremendous amount of runway ahead of us.”

In CSDs, Peñafiel increased 20 percent on distribution gains. Our Core 4 brands increased 4 percent, as a double-digit increase in Canada Dry was partially offset by low-single-digit declines in Sunkist soda and 7UP. A&W was flat in the quarter. Squirt increased 15 percent, and Schweppes increased 8 percent. These increases were partially offset by a 1 percent decline in brand Dr Pepper on continued declines in diet. Fountain foodservice volume increased 1 percent in the quarter.

Net sales for the quarter increased 2 percent, as concentrate price increases taken at the beginning of the year and lower discounts in the quarter were partially offset by a 2 percent decline in concentrate shipments. SOP increased 6 percent on net sales growth, a planned reduction in marketing investments and lower IT costs.

Net interest expense increased $2 million for the quarter compared to the prior year.

Packaging and ingredient costs are expected to decrease COGS by about 1 percent on a constant volume/mix basis.

The company expects its core tax rate to be approximately 35.5 percent.

The company continues to expect capital spending to be approximately 3 percent of net sales.

The company expects to repurchase $500 million to $550 million of its common stock.