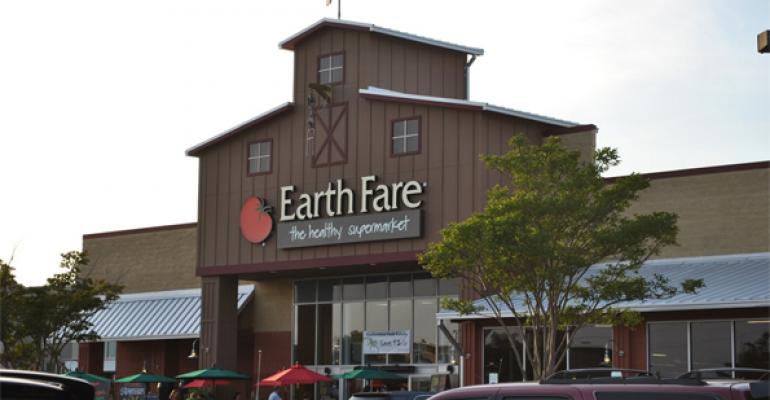 One of the largest natural and organic retailers in the nation is now worth a cool $300 million, and is expected to grow following its acquisition from one private equity firm to another. Is this the dawn of a new investment trend in natural retailers? &nbsp;

The transaction values the health-focused supermarket at about $300 million.

“I expect that this acquisition will allow Earth Fare, which has been on a very aggressive growth plan over the last couple of years, to continue growing,” said Bill Crawford, director of retail publishing programs for New Hope Natural Media. “They have added quite a few new stores and ventured into new states to do so.  Some fresh capital should allow that to continue and possibly accelerate. The fact that their current management team is staying in place and has a stake in the ownership reinforces this.”

Confirming its commitment to growth, Tyler Wolfram, an Oak Hill partner, said in a press release, “Earth Fare is well-positioned for expansion given robust consumer demand for natural and organic food, widespread interest in environmental sustainability, and significant market opportunity across the United States.”

The natural retailer has 25 stores across the Southeast and Midwest and is known as one of the only supermarkets in the country to ban high fructose corn syrup; artificial and trans-fats; artificial colors, flavors and preservatives; as well as antibiotics and synthetic growth hormones in meat and dairy.

Since the Apollo Group acquired Sprouts Farmers Market and Henry’s/Sun Harvest and announced its pending acquisition of Sunflower Farmers Market, rumors of Earth Fare being next on its list circulated, according to Crawford.

“This move should certainly quiet those rumors,” he said. “Oak Hill, while new to the food and natural products sectors of retailing, knows retail well via their investments in the Duane Reade drugstore chain and The Container Store.”

Monitor Clipper Partners, which invested in Earth Fare in 2006, will retain a significant minority interest. Among the middle-market equity firm’s investments are several health, marketing and market research holdings.

While the private equity investment trend in the natural foods marketplace is not new, the Apollo Group and Oak Hill deals show it could be changing focus.

“Outsiders have been buying manufacturers for quite some time now,” Crawford said. “This has happened to the point where it is fairly common. What is new is that we are now seeing firms invest capital into retail operations while taking a position of being the majority investor in these retailers."

What Really Cool Foods' closure can teach you about investment
Nov 28, 2011