Experts suggest how to boost store sales with effective sampling methods, including proper planning and training and the help of interactive technology like Twitter and Facebook.

Gone are the days when in-store demonstrations meant someone standing silently behind a table handing out samples of cheese spread on a cracker. Today’s successful demonstrators know that cracker inside and out, they engage the customer in conversation and they might even show an eye-catching YouTube product video or display the company’s Facebook page or Twitter feed on a laptop computer. 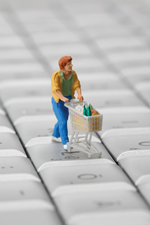 “In-store demos now offer an opportunity to connect directly with the customer,” says Kirsten Osolind, CEO of re:invention, a Coronado, Calif.-based marketing and public relations firm. “The more connection, the higher the sales.” More importantly in today’s economy, consumers want to know what they’re getting. Whether it’s a dietary supplement, body lotion or new beverage, sampling is a way to gain consumer confidence and lower the perceived risk of trying something new.

In-store demos can be as complex as a manufacturer-hosted sampling program in concert with a larger multimedia campaign, or as simple as a seasonal produce sampling station. But regardless of whether your store plans its own sampling programs, hires an outsourcing company or partners with a manufacturer, statistics show sampling works.

According to a 2008 study by Columbia, Md.-based market research firm Arbitron, more than a third of customers who tried samples said they bought the product during the same shopping trip. Better yet, among the more than 1,800 respondents surveyed, 58 percent said they would buy the product again after trying it. Further, a store demo not only significantly increased an item’s sales (by 475 percent), but it also boosted sales for all products in the line by as much as 177 percent on the day of the demonstration, according to a 2009 study, “Report on In-store Sampling Effectiveness,” which was conducted by independent research firm Knowledge Networks PDI and commissioned by PromoWorks, a Schaumburg, Ill.-based market research company. (See “How sampling lifts sales,” to the right.) With this high rate of conversion, it might seem that conducting great store demos is foolproof, but there is more to it than meets the eye.

A company might offer samples of the best new product since sliced whole-wheat bread, but if the demonstrator can’t explain what’s in it and the customer can’t find it, expect dismal sales.

“The worst mistake you can make is investing money in a demo and not having the right people to demo the product,”says Kirstin Everard, founder and president of Santa Barbara, Calif.-based Turn-Key Marketing & Promotions. “If the people behind the table don’t make a positive impression and don’t know about the product and the ingredients, it can be counterproductive. People will write the product off.” Particularly with natural and organic products, demonstrators should be knowledgeable enough that they can answer shoppers’ questions and tell the story behind the product, she adds.

Mea Abraham, president of Sales Builders Marketing in Phoenix, goes a step further. “Demonstrators should mirror the customers and the product they’re promoting,” she says. “If you’re demoing a gluten-free product and the demonstrators have a gluten intolerance, they are more knowledgeable. They can relate to the customer.”

Another key to successful sampling is to engage the customer right away. “You only have 15 to 20 seconds of good time with a customer. You have to make the message clear and concise,” Abraham says.

Finally, if you’re going to get the product into the shopper’s cart, you have to make it easy to find and easy to buy, experts say. Before the demo, make sure there’s plenty of product and that it’s constantly restocked. Set up in high-traffic areas near the product shelf or next to an endcap featuring the product. Always offer coupons and brochures and consider handing out value-added items like refrigerator magnets, notepads, stress balls or stickers for the kids.

In the 20 years Abraham has been in the demonstration business, “things have changed a lot,” she says. “You used to give the demonstrator a basic piece of paper with facts about the product and the samples. That was it.” Now, thanks to new technology, demonstrators can not only revamp their sampling programs, but can also get immediate and measurable results.

Abraham says her company’s demonstrators use a computer to track particulars such as the length of the demo, inventory at the beginning and end of the demo, and the number of coupons and samples handed out. She is then able to analyze the data and share it immediately with her retail client or manufacturer.

Interactive technology—email, Facebook, Twitter, FourSquare, YouTube—maintains a connection with customers after they’ve left the store, Osolind says. “Especially with Wi-Fi in the stores now, you can have a laptop at the demo location,” she says. “You can show a YouTube demonstration. You can link to your website. You can give them a Facebook profile. You can even take their Facebook and Twitter information and send information to their accounts.”

Prominently displaying an email sign-up sheet during the demo will allow you to follow up with customers later. “Do an email blast: ‘We saw you in the store recently. Here’s a coupon.’ Have a drawing for some kind of offer at the end of the month,” Everard says. “A combination of in-store demos and social media seems to be the sweet spot.”

Although it’s fairly easy to predict that sampling will increase store sales on the day of the demo, how does this practice affect overall and long-term sales? The answers may surprise you, according to the results from a 2009 survey, “Report on In-store Sampling Effectiveness,” which was conducted by independent research firm Knowledge Networks-PDI and commissioned by PromoWorks, a Schaumburg, Ill.-based market research company.