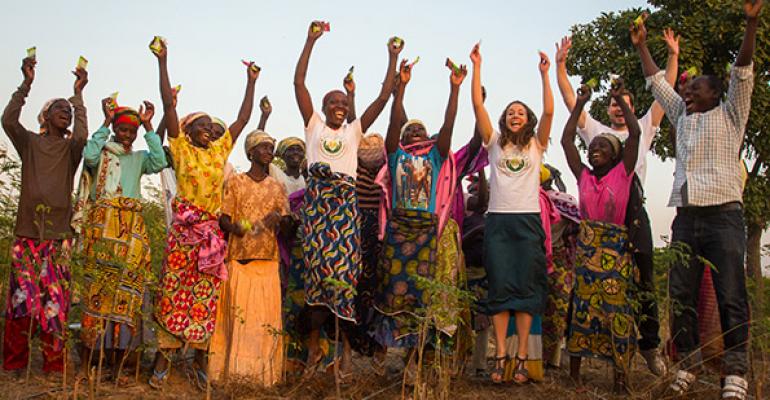 From speaking Swahili with President Obama to managing product demos in North American retail stores, Lisa Curtis has seen and done a lot. Here&#39;s the inspiring story about how her work with the Peace Corps in Niger led her down an exciting path that is helping improve the lives of people all around the world, one moringa farm and retail store at a time.&nbsp; 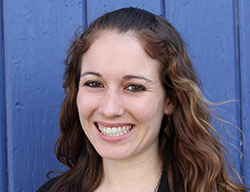 What was the inspiration for your business? What inspires you daily?

In West Africa, 18 million people are malnourished and 55% of the population lives on less than $1 per day. As a Peace Corps Volunteer in Niger, I conducted a three-month needs assessment and identified two challenges: widespread malnutrition and a lack of economic opportunity for women. Moringa is an abundant local superfood that thrives in hot climates, but few people benefit from it. While this “miracle tree” is packed with protein, essential amino acids, 27 vitamins and 46 antioxidants, its rarely eaten and is viewed as a low-value crop.

I started Kuli Kuli to change this. Kuli Kuli sells Moringa Superfood Bars and Organic Moringa Powder in the U.S. made with moringa imported from West Africa. We support farming cooperatives that teach women to grow, process and incorporate nutrient-rich moringa into their families’ diets, reducing malnutrition. We import a portion of the moringa to the U.S. for our bars, creating an international market for moringa and a livelihood for our farmers. Many of the women we work with make five to ten times the average income in their region. We pay a ten percent premium for our moringa which our nonprofit partners use to improve nutrition locally.

What’s been your road to success and critical success factors along the way?

We owe all of our success to the crowd. We’ve a mission-driven company that has built up a movement of people who want to play a part in using moringa to improve nutrition worldwide.  We’ve been financed almost entirely by crowdfunding, to the tune of over $580,000. We launched  in 2013 with a crowdfunding campaign that raised $53,000 and made us the most popular food campaign Indiegogo had ever had. We again turned to the crowd for a Kiva Zip loan when we were running out of funds and then did another crowdfunding investment campaign that raised over $350,000 from investors online. More recently, the crowd voted us a winner of the Ledbury Launch Fund, which won us $25,000 and an appearance on MSNBC’s Morning Joe national television show.

Describe a mistake you made with your business. How did you fix it? 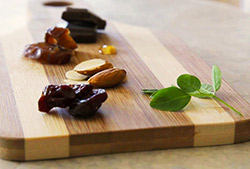 Perhaps one of our biggest mistakes was underestimating how long our first manufacturing run would take. Following our Indiegogo campaign we had over 800 people and Whole Foods NorCal who wanted our Moringa Superfood Bars. We thought it would take us three months to finalize the formulation, get the labels printed and get the final product to our customers and stores. It took six months. One of the delays was caused when the U.S. government shut down and our moringa was stuck in U.S. customs for a month. It would have been funny if it wasn’t so frustrating! We’ve since learned to overestimate lead times as opposed to overpromising and under delivering.

What’s your best piece of advice for fellow entrepreneurs?

Be a sponge. Ask for advice and soak it all up. There are so many amazing people in the natural foods space who have been generous with their time and helped us navigate the complexities of the food world. Ahmed Rahim of Numi Tea in particular has been an incredible mentor of mine. If I can build a company half as successful and world-changing as Numi Tea I will be thrilled.  I never thought that someone like Ahmed or Mary Waldner from Mary’s Gone Crackers would spend their time helping a small food company but I reached out anyways with questions. It worked! As I remind myself often, the only failure in life is the failure to try.

Where are you going? What is the vision for your business in 2 years? 5 years? 10 years?

Kuli Kuli will be the leading provider of unique superfood products, starting with moringa. We will work with women’s cooperatives all over the world to drive sustainable growth and agricultural development. Our non-profit arm will invest heavily in nutritional education and rejuvenate nutrient-rich food sources as a tool for nutritional security. The Kuli Kuli brand will inspire other companies to rethink their own brands and push for social innovation through powerful, thoughtful branding. Kuli Kuli will find innovative ways to drive sales online and kill it in the digital space. We will develop a new kind of media presence that connects people across wide distances and changes the way that people in need are perceived. A new generation will imagine a world without hunger. 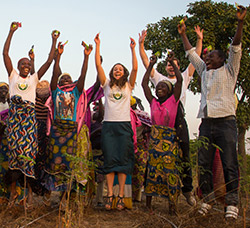 Our first retail account was Whole Foods Northern California. We walked into that meeting expecting to have to convince them to bring us in. We were shocked to discover that they were very interested in moringa, had loved the sample Moringa Superfood Bars we’d sent and wanted to bring us in as soon as possible. It was the first and best retail account we’ve ever landed.

Has anything surprised you about working with independent retailers?

We didn’t expect that it would be so expensive to get into a store! We had no idea what free fills, MCBs, OIs and TPRs were. We learned a lot very, very quickly about how much money it takes just to get on the shelf.

How do you position your products in mass, natural and online?

We tell people that moringa is the #NextKale. It’s actually more nutritious than kale, with more calcium, iron and B vitamins.

We also tell them that moringa is an “Ancient Green” eaten by indigenous cultures worldwide for thousands of years. Moringa is one of the most nutrient dense plants on the planet with 9 essential amino acids, 27 vitamins and 46 antioxidants. Moringa is the perfect complement to a healthy lifestyle and is used by millions of people worldwide to gain the nutrients they need to thrive. Moringa is particularly well-suited for women and vegetarians as it is naturally rich in calcium, iron and b vitamins (including folic acid). Kuli Kuli’s Moringa Superfood Bars provide essential nutrients and energy during a beautiful hike or before an invigorating yoga session. Our Organic Moringa Powder can be used to enrich each and every meal with a healthy sprinkling of nutrients.

How do you develop relationships with retailers and educate them about your company’s story?

We are in our stores all the time. I’ve personally done hundreds of demos and we have a team of 16 people that visits our stores, conducting demos and building relationships with buyers. We’re the first to market with this new superfood and so we spend a lot of time educating buyers and consumers about moringa and our mission.

What most helped market your product in the beginning?

What’s a guilty pleasure of yours?

Tea and chocolate. I probably drink three to four cups of tea a day and have at least two pieces of chocolate.

What's the inside scoop on yourself?

I once spoke Swahili with President Obama. It was after I had spent the summer working in Kenya. I’d promised all my Kenyan friends that if I ever got the chance to meet President Obama that I would discover once and for all if he actually speaks Swahili. I never thought I’d get a chance to meet him. But then I was selected for a White House Internship and I ran into the President at the Congressional Luau. I greeted him in Swahili and then he greeted me back without a second thought. I told him that he’d passed the test and he laughed.

How to reduce ingredient-sourcing risks
Mar 17, 2014

Entrepreneur Profile: Nikhil Arora & Alejandro Velez, founders of Back to the Roots
Feb 24, 2015