In mid-June,&nbsp;Whole Foods Market&nbsp;reportedly yanked all unpasteurized kombucha teas from its store shelves due to concerns about elevated alcohol content levels. Now the feds are getting involved. 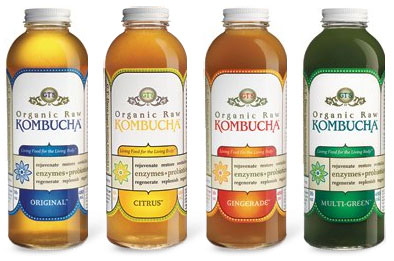 The Alcohol and Tobacco Tax and Trade Bureau is coordinating with the U.S. Food and Drug Administration to ensure that kombucha products comply with federal laws. Kombucha is a fermented tea that is typically sold as a non-alcoholic beverage, meaning that the product may contain a trace amount of alcohol, as long as the overall alcohol content is less than 0.5 percent alcohol by volume. “In some cases, these products have alcohol contents that significantly exceed 0.5 percent,” reported TTB in last week’s new guidance on kombucha. If a product exceeds 0.5 percent alcohol content, it must bear a health warning and be subject to federal permit, labeling, taxation and advertising requirements.

“The distribution of an alcohol beverage product that is not labeled as such misleads consumers and could cause potentially serious consequences for consumers, especially pregnant women, children and individuals who should avoid alcohol for medical reasons,” TTB reported.

At this point, TTB does not know how many brands might be affected and does not have a timeline for resolution of the issue.

“The producers of these products aren’t licensed by us currently,” said Art Resnick, a TTB spokesman. “We keep discovering producers as we move forward with this [investigation].”

TTB is taking samples from markets and testing their alcohol content to determine if products are labeled in compliance with federal law.

“Products might test fine by the manufacturer, but then become higher in alcohol content when on the shelf,” Resnick said. “Because it’s a live culture, what we’re finding is that [products] continue to ferment once in the marketplace and then become over 0.5 percent alcohol by volume.”

GT’s Organic Raw Kombucha, one of the brands of fermented tea that Whole Foods pulled from its shelves, has a recorded message on the company phone line indicating that the manufacturer is “investigating reports of the potential for slightly elevated alcohol levels in our kombucha products that may be occurring after the product has been bottled and has left our facility.” The recording also said that products are tested to be compliant at the time of shipping.

Siobhan DeLancey, an FDA spokeswoman, told Daily Finance that pasteurization would help nix the alcohol content of kombucha. However, the high-heat processing may or may not defeat the purpose of the live culture kombucha. According to GT’s Organic Raw Kombucha website, “many people believe [raw is] healthier because raw foods retain more nutrients than ones that have been heated.”

But Kimberly Lord Stewart, industry analyst and former editorial director of Functional Ingredients magazine, has a different outlook. "In the end, FDA may mandate pasteurization for all kombucha tea brands," she said. "From what I know, flash pasteurization does not affect the health properties of the beverage. Most of the health properties are connected to unique micro-floras that are not destroyed when pasteurized."

And the recall could open up a new beverage category of kombucha alcoholic beverages. "Ultimately, the law of unintended consequences could be a good thing for an enterprising beverage entrepreneur," Stewart said.