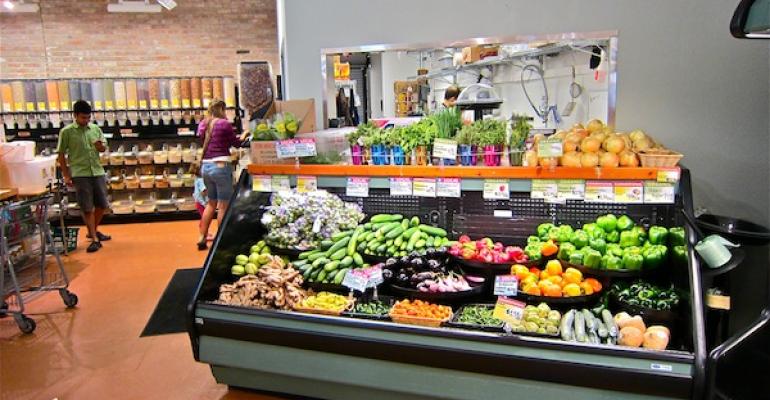 To beat out stiff competition in Austin, Texas, Dan Gillotte, Wheatsville Food Co-op&#39;s General Manager focuses on what his store does better than anyone else.&nbsp;&nbsp;

Wheatsville Food Co-op in Austin knows Texas-sized competition. The natural foods cooperative operates in supernatural Whole Food Market’s hometown, where the chain has four locations including one of its flagship stores. Recent years have brought Sprouts, Sunflower and Natural Grocers by Vitamin Cottage. And HEB’s Central Market, a natural/gourmet superstore, has two locations in the city. Still, Wheatsville’s general manager hasn’t wilted. Instead he’s smiled and made the co-op the friendliest store in town. 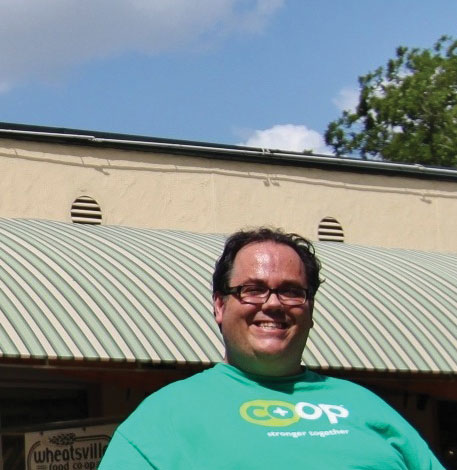 Natural Foods Merchandiser: How did you decide to focus on friendliness?

Dan Gillotte: I had been reading Jim Collins’ book Good to Great a number of years ago and he talked about the idea of owning something you can be best at. I looked around, and that was even before we had as much competition as we do today, and I thought, we can’t be the biggest and don’t necessarily want to be the biggest anyway, and because we aren’t the biggest, we can’t have the greatest selection, and we can’t necessarily have the lowest prices, although we are OK with our prices. So I kept coming around to the idea that we could be the friendliest store in town.

Any size store can conceivably own friendliness. And although Whole Foods and Central Market have good customer service, we still thought we could win in that category. At the time that I said this, we were not the friendliest store in town. We had a history of surliness and a somewhat bad reputation to improve.

NFM: So what came next?

DG: We started to lay out a course for how we were going to become friendliest. We created trainings and changed our hiring to focus on people who were going to give excellent customer service. We worked with people who were here. We reviewed operations so that we focused on the user, the customer, instead of making it easier for us or just a system to have a system. We looked at all of our policies and processes and asked: Is it easiest for the customer?

And we initiated a program called Make It Right, which we largely borrowed from Zingerman’s Guide to Giving Great Service. The book was really important for us to read and think about as we were doing this. The idea is to go the extra mile. We call it Make It Right because we know we are going to make mistakes, but we want to fix them if we can, which really makes the difference in whether people will give you another chance. In our case, we empower staff to do whatever is required to fix a customer’s problem. We teach staff to ask people “What can I do to make it right for you?” because sometimes what people want is different from what we would think to offer.

NFM: Has it grown in other ways?

NFM: How do you train friendliness?

GM: It starts with hiring. We ask a lot of motivational fit questions that can raise red flags for review. Our team heads spend about half a day with each new staff person, setting expectations and telling them about customer service and how we’re the friendliest store in town. Then we have a three-hour class called More Happy People 101 that new hires take in their first couple of months. They learn why we do what we do; the Fish! training system from ChartHouse and its principles—play, make their day, choose your attitude and be there—as foundational shorthand for how we treat each other and customers. And then we use pieces of Zingerman’s five steps to handling customer complaints. We’ve put a bunch of trainings together to make one we think really makes a difference. We say most places hire people and expect them to become better employees; we hire employees and expect them to become better people.

NFM: And how do you keep it up?

GM: It’s in the culture. We have a program called Caught in the Act, which is just a little form that people can fill out recognizing others, such as when someone helps a coworker clean up a spill. We hang the appreciation up on a bulletin board and post it in our bi-weekly check notes. Building this culture of appreciation didn’t start magically. The first Caught in the Act was on the wall for almost a year. But we kept promoting it. Now, every two weeks, we fill up a bulletin board. Everything we do is sort of magical in a way, but it wasn’t magic to create. We worked hard at it.

NFM: How long has it taken?

GM: We started five or six years ago. To get real results took a couple of years. Now it is truly ingrained. Residents love us in a way that makes people want to work here.

NFM: How do you promote the “friendliest store in town” concept to your customers?

GM: We don’t tell people that we’re the friendliest store in town very often. We’re actually working on a branding project right now and are trying to figure out if  that is important. For the most part, people experience it. We have a secret shopper program, and the shoppers are frequently impressed with how much service we have on the floor, how many times they were greeted in the aisles and the ways they were addressed.

NFM: What has been your most successful promotion?

GM: Our owner appreciation days are really important, really driving sales. Four times a year we have a week when owners can get a 10 percent discount. I debate whether it’s worth it as far as a margin hit goes, but from a sales, excitement and enthusiasm perspective, it’s killer. We have Sundays that have $20,000 to $30,000 more sales, for example, and it’s because people come to our store that week instead of going to Whole Foods or Sprouts or other stores. I also think we get them to buy their body care, vitamins, staple items; and even though they’re buying them with a discount from us, they’re not buying them anywhere else. Any kind of system where you can get people to choose you over someone else, even a couple of times a year, will have an impact. Beyond that, our word of mouth is just amazing.

NFM: What other competitive strategies have you employed?

GM: After our renovation, I realized we needed to get in alignment for the future so that we all weren’t thinking we wanted to go in a million different directions and do different things. I reduced goals from the board of directors to more local, organic sustainable food, more cooperative economy and more happy people. Those three things became the foundation for Wheatsville’s BIG Direction [Business Is—now and in the future—Good], which is the idea that we would need to have more stores to achieve our ends.

NFM: Strategic planning often gets overlooked. What drove you to do one and find the time to complete it?

GM: I knew it was important because I was starting to get frustrated that people couldn’t read my mind. I had this whole idea where we ought to go and I didn’t understand why people didn’t know it. Once I said it that way sort of stupidly, I realized they didn’t know it because I hadn’t told them. It’s really important to me that it’s easily understandable. I’m definitely not a 500-page strategic plan guy. I set aside a few hours every month for a while and then spent some dedicated time putting it in a form that I could present to people. It was definitely worth the time.

Are grocery self-checkouts killing customer service or providing it?
Jul 08, 2011