HomeBusiness ResourcesManufacturing and SupplyFunctional Formularies explains how to go viral
Recent
Latest
4 tips to get ahead of chemical concerns in packaging
May 20, 2022
7 CBD favorites in the increasingly popular gummies format
May 20, 2022
Mission MightyMe helps parents introduce allergens to babies
May 20, 2022
UNFI's Eric Dorne to step down as chief operating officer
May 20, 2022
Trending
Whole Foods' honors 30 companies with 10th annual Supplier Awards
May 18, 2022
Sponsored Content
The rise of sustainable business – eGuide
Sponsored Content
Getting ready for 2023: Trends for brands to consider
May 17, 2022
Sponsored Content
Debra Stark’s light shines bright on natural products industry
May 10, 2022 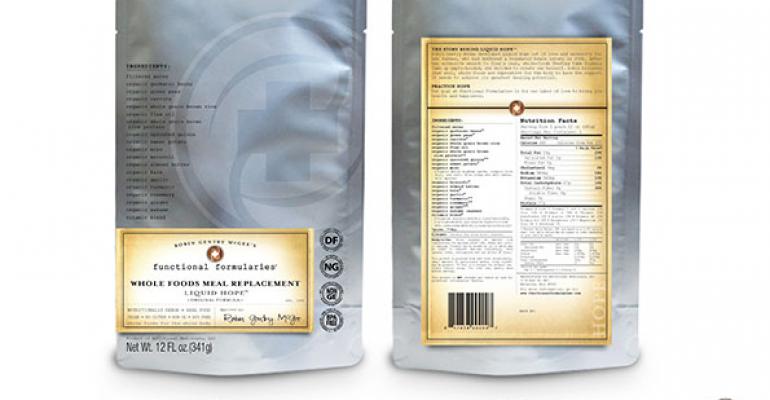 Functional Formularies made the most of free press to take its business to the next level.

It was her first time exhibiting at the Natural Products Expo, but Robin Gentry McGee was no industry newbie—describing her product development journey as “a long and lonely road for the last eight years.” No less long, hopefully that road will at least be peppered with people now that she managed to rally support from all directions, resulting in the NEXTY poll win for her company—Functional Formularies.

New Hope's NEXTY Awards recognize the natural products world's most promising pioneers, innovating to better their customers and further the industry. This is the story of how one little-known whole-food meal replacement brand jumped at the chance to run with a free press opportunity, putting itself on the map in the meantime. 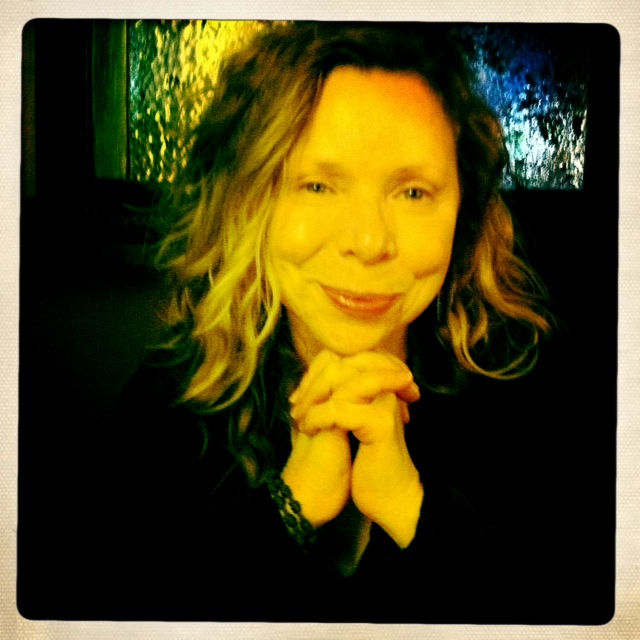 The product, Liquid Hope, is a shelf-stable enteral formula McGee concocted to save her comatose father's life as he received what she considered to be a poor excuse for nourishment through a feeding tube. She would know—an accomplished chef and certified holistic health consultant.

With an ingredient list made in organic soup heaven, off to Expo West McGee went with Liquid Hope. A day or two later, NEXTY nomination in hand, a switch flipped for McGee.

"It has been an amazing month," she wrote, just before our NEXTY poll voting closed. "I have never really done anything such as this and was not sure even how to go about getting the word out. I think this is where being a politician would have come in handy!"

First up on the campaign trail? "I ended up hiring a social media person to utilize my Facebook page as well as her existing streams." The woman she hired had actually been one of her health coaching clients and was familiar with her work, the perfect cheerleader, in McGee's words. "I would love to hire someone to do this for me continually; I have found it has great benefits," she said. "I have a retail soup line produced locally and I just know from using my Facebook business page for that line, it has great impact."

Bringing her on for what she originally thought would be just a month, McGee's social media guru earned her keep—hunting down and posting to websites, blogs and chatrooms full of the kind of communities the product might benefit. There she offered up a little about Liquid Hope and why it was important to vote.

"She also posted daily on both of my Facebook business pages, Twitter, sent out press releases to any media outlet she could find as well as direct emails. It was great!" explains McGee.

With social media under control, McGee took to her rolodex, connecting with "every institution I have ever been involved with and was beyond relentless in sending requests to friends and contacts. I had teachers who had their entire classrooms vote, people who campaigned at farmers markets, people who sent their own newsletters to their clients, customers and friends asking to help share hope," she said. "I have been stunned by the support people have shown for me and my vision for a better way for the sickest of the sick in this country."

A broad stroke effort, McGee also sent an email to all her contacts, who in turn, sent it out to all of their lists, posted on their websites, etc. "My wonderful colleague, Paul Pitchford who literally wrote the book on whole foods nutrition, Healing with Whole Foods, wrote a lovely little message before he posted it. His book is printed in seven different languages and he has a worldwide following. He is just one of the amazing proponents of Liquid Hope; I am a lucky girl to have all of this support."

At the 11th hour, McGee's contact at a local PBS affiliate went to work getting the message out to all the "thinkers" out there; a woman she knows from a networking group set about contacting her national colleagues; and local markets that she works with and sells the product through actually set up tables and started asking customers and employees for votes. 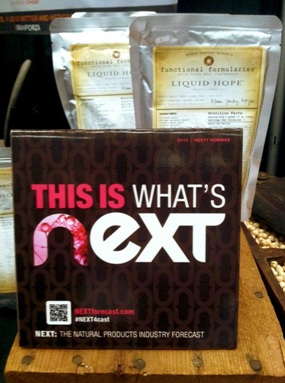 In true politician form, she even called in some endorsements from famous acquaintances. "I had Alex Jamieson, star of Supersize Me, TV healthy cooking celebrity Andrea Beaman sending it out to their streams asking for votes for me....and on and on, wow!" she said of her final push past the NEXTY finish line in first. "I cannot believe it but it looks like Functional Formularies was on top when the polls closed. I am amazed, totally amazed."

Humbled by how many people jumped on the brand's bandwagon for the win, McGee's moment was just the precipice of her momentum. "I have seen a huge increase in interest," she reports. "I have been contacted by retailers and distributors from all over the country as well as some international. I also have a lot of interest from online retailers for Liquid Hope. We are in the process of ramping up production to meet demands and strategic planning for growth is top priority right now. I have been in talks with some pretty interesting players in the natural products industry," she goes on—more details on that to come.

In light of that stepped up production, McGee just asked her social media gal back for another month to do some more marketing of the product. "It is amazing how effective this avenue is," she asserts.

"Exciting things are on the horizon and the NEXTY award and the buzz created by not only winning, but the push to get our message out did tremendous things for my company. I think this experience probably created growth that it would have taken at least 12 months to achieve if we had not gotten this amazing opportunity!"

In a matter of a few months, Robin Gentry Mcgee took her brand from virtual obscurity to viral epitome for the cost of a social media person … not to mention some serious dedication of time—a commitment most entrepreneurs make to their brand every day. Why not make it count by tapping every resource at your disposal to get your product as far out there as its inspiring story will take it?

How to mine your network and fan base for brand insights
Jul 02, 2013

Why crowdfunding is good for so much more than raising money
Jul 10, 2014