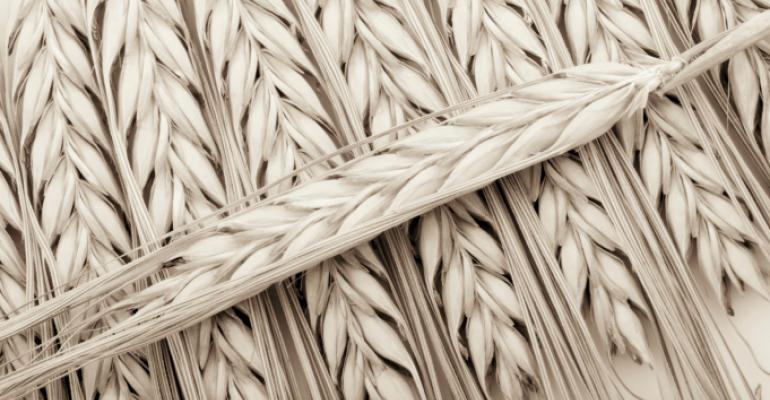 You up on your alternative flours, gums and ancient grains? Got a kitchen with all the right allergy-friendly SOPs? Supply chain up to snuff? Developing gluten-free foods&mdash;especially GF baked goods&mdash;is no walk in the wheat-free park. Success in this fast-growing market requires diligent, often excruciating attention to detail. Learn what you need to know below.

Over the next four years, according to Packaged Facts, the demand for gluten-free foods is expected to reach $6.5 billion. Even now, 18 percent of adults are buying or consuming food products labeled as gluten-free, either because they have full-blown Celiac disease or because they experience some level of gastric distress after eating gluten, according to Packaged Facts.

How to feed all those hungry buyers? Start with these eight steps to gluten-free success:

1. Know your flours. You have more choices than ever before, each with its own advantages and disadvantage. Rice flour, for example, has a neutral flavor but a gritty texture. Garbanzo flour has a smooth texture but a distinct bean taste. Buckwheat, like other high-protein flours, adds structure and flexibility to baked goods but has a strong, bitter flavor.

“It’s best to use a variety of flours, to blunt stronger flavors and balance texture,” says Pamela Fletcher, founder of Outrageous Baking. “We use the standard trilogy of gluten-free baking—super-fine brown rice flour, potato flour and tapioca—with a little sorghum for flavor. It’s a nice, clean-tasting mix with a good texture.”

Use super-fine selections whenever possible, and try blending standards with novel selections, like quinoa, amaranth or cassava, to increase nutrition. Adding xanthan gum, guar gum, tapioca starch, chia or flax to your flour mixture can also improve structure and flexibility.

And if you don’t know your way around a kitchen, consider hiring a professional chef or product formulator to help you develop product. You’ll save money in the long run.

2. Keep it clean. Nutrition is especially important, now that grocery shelves are crowded with gluten-free versions of everything from Oreo cookies to rice crispy treats. “If you look at a lot of gluten-free items, all they’ve done is taken the wheat out and made up for it by adding more fat, salt or sugar,” says Kimberly Crupi Dobbins, founder of Simple Squares. “So you’re getting a gluten-free product—but not necessarily a healthy product.”

“Sure, gluten-free products have really come a long way in the past ten years,” says Julie McGinnis, MS, RD, CEO of The Gluten-Free Bistro. “But as a nutritionist, I know they’re still too high in starches, too low in protein and fiber. There’s a lot of room for growth.”

3. Consider going allergen-free. The fact is, people who are gluten-free are likely to be sensitive or even allergic to other foods, especially soy and dairy.

“It’s common for those with gluten intolerance or celiac disease to experience gastrointestinal issues or food allergies, since their digestive systems are frequently compromised,” says Alan Murray, CEO of GoodBelly/NextFoods. “And when they’re trying to identify celiac disease or gluten intolerance, many people will remove specific ingredients from their diet, including dairy and soy.”

There’s also a considerable marketing advantage to avoiding allergens; for example, sales of non-dairy beverages increased 21 percent in the natural channel to $43.6 million in 2012, according to SPINS, and the market for allergen-free food products is expected to exceed $26 billion by 2017, according to Companiesandmarkets.com.

“If you’re making a gluten-free product anyway,” says Fletcher, “it makes sense to formulate it with as few other allergens as possible, right from the start. Why not make a product everyone can eat?”

4. Choose the right kitchen. For people with celiac disease, even the tiniest amount of gluten can cause a reaction, so cross-contamination is a critical issue. The safest bet is a dedicated gluten-free kitchen that implements strict standards and undergoes routine testing, or a co-packer with dedicated gluten-free rooms and equipment.

It’s definitely possible to make a gluten-free product in a shared facility—you’ll just face some challenges.

5. Know your vendors. It’s not uncommon for cross-contamination to occur from sourcing, Dobbins says. For example, if you’re using gluten-free flours, they may be grown in rotation with wheat, barley or rye, or they may be harvested or milled in a plant that also processes wheat or other gluten-containing grains. The same goes for nuts, seeds, spices, or any ingredient—not just grains.

Work only with suppliers that have a comprehensive quality assurance program in place, especially for specific ingredients that post a gluten risk, says Murray. Ask vendors what specific methods they use to identify and prevent cross-contamination, and how often they test product. Get a certificate of analysis from each vendor. And stay as close to the original source as possible.

“We have a family farm, so we’re able to tightly maintain and control our product,” says Todd Habermehl, co-founder of Amazing Grass. “We harvest our wheat when it’s still a grass, before the grain—which contains gluten—has formed, and we only harvest the tips of the wheat grass blades. And we’re vertically integrated, which also reduces any risk of cross-contamination.”

6. Expect tweaks, especially with baked goods. Gluten-free flours are, in general, more fragile and temperamental than conventional flours, and can be extremely sensitive to scaling up. “When you’re making your product, keep in mind what will happen when you go to a co-packer,” McGinnis says. “You may have the best-tasting product on the market, but if it can't be made on a machine, you can't grow your business.”

Additionally, weather changes, temperature and humidity can cause your product to behave differently, no matter what the scale. “Too much heat or too little moisture can make gluten-free baked goods crack, crumble or fail to rise,” McGinnis says. “You don’t get the same flexibility as you do with wheat; gluten-free flours just aren’t very forgiving.”

The solution: Anticipate and account for mistakes. Allow ample scale-up time and build test runs into your production plans, knowing that you may need to re-formulate and tweak recipes several times during scaling up. And expect to toss some product. Plan for lost time, money and inventory, and build waste into your financial model to avoid surprises later.

7. Get tested. In August, the U.S. Food and Drug Administration (FDA) passed new standards regulating the term gluten-free. Now, products labeled "gluten-free," “free of gluten,” "no gluten" or "without gluten" must contain less than 20 ppm of gluten.

“It’s been a long time coming,” says Murray. “While many respectable and reputable manufacturers have been formulating and certifying their products for some time and already fit within the new guidelines, this new uniform definition will offer more certainty for gluten-free consumers.”

The rules mean testing is more critical now than ever. Simple, on-site kits, like EZ Gluten Test Kit or GlutenTox Pro, can identify gluten in amounts as low as 5 to 10 ppm (parts per million), without any special equipment or know-how. Test surfaces before production runs, as well as individual ingredients when they come into the kitchen, says Dobbins. That way, if there’s cross-contamination, you’ll know what the culprit was. You should also test finished products on site, and send them out to a third-party lab periodically, for more rigorous testing and documentation.

8. Get certified. It’s a fairly straightforward process, but it’s not cheap. “Basically, you have to have certifier come to your facility,” says Fletcher. “You show them your procedures and protocols. They’ll tour the facility and test your products. Then you pay them a lot of money and they leave.”

You can get certified from Quality Assurance International (QAI), the Celiac Sprue Association (CSA), Gluten-Free Certification Organization (GFCO) and other agencies. Each program has different standards and tests for different levels of gluten. GFCO tests for 10 ppm, for example, while CSA requires less than 5 ppm and also requires products to be free from oats. Your certification agency may also require yearly certification, ingredient reviews, product testing, facility inspections and product packaging reviews. And most aren’t cheap—expect to spend hundreds to thousands of dollars annually.

Is it worth it? You bet your gluten-free granola. “I don’t think it’s even close to its peak yet,” says Dobbins. “Packaged goods without gluten are still trending upwards. And it’s not like low-carb or other trends. It’s not a fad. Gluten-free is here to stay.”