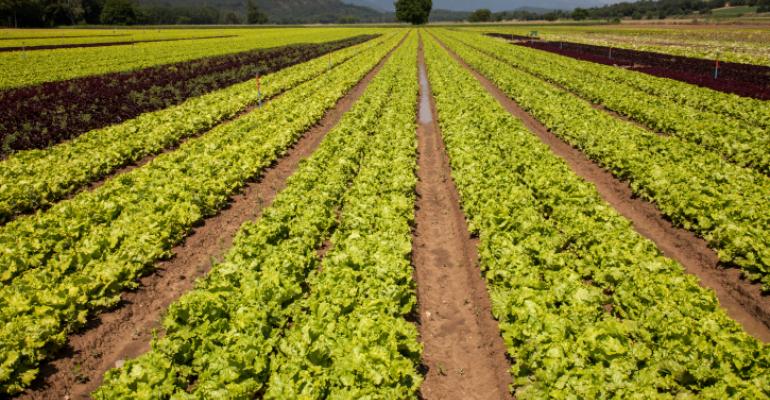 Demand for organic in the United States has outpaced supply for at least the past decade. How can domestic supply keep up with the demand?

The U.S. organic marketplace hit a new high of $35 billion in retail sales in 2013, an 11.5 percent increase over the previous year. The organic industry is supplied by the $3.1 billion in domestic farmgate production of certified organic crops and livestock, as well as more than $1.4 billion of imported products.

While the number of certified organic farms increased by 14 percent between 2008 and 2012, U.S. demand for organic has outpaced supply for at least the past decade. Can domestic supply keep up with the demand?

The Organic Farming Research Foundation (OFRF) was founded 25 years ago on the premise that agricultural research conducted on organic farms would boost the ability of farmers to produce the raw material necessary to supply the industry as well as to thrive as independent farms. Since then, OFRF has funded 325 organic research and education projects with small grants totaling more than $3 million.

With the help of these grants, farmers and researchers have been doing some amazing work. Many grants have seeded ongoing research and full research programs at land grant universities around the country that have continued to leverage funding from other sources.

One project at the University of California-Davis, for example, led to the development of testing methods to detect possible adulteration of organic fertilizers. Another project enabled the Organic Seed Alliance to release a participatory plant breeding toolkit for researchers and farmers, with the hope that it would simplify the planning process and increase the success of PBB projects. In Idaho, the Norwest Center for Alternatives to Pesticides organized an outreach and education program that connected more than 90 organic farmers in the southern part of the state.

OFRF’s policy efforts have also been instrumental in forming the Organic Research and Extension Initiative and the Organic Transitions program—federal grant programs that have invested tens of millions of dollars in organic research over the past decade. An indicator of the popularity of these programs is that the latest farm bill allocated more funding than ever before for organic research.

As a result, there is now more scientifically validated information on growing a wide range of organic crops in all regions of the U.S. than ever before.

At Natural Products Expo West, OFRF will present research trends and results of research aimed at enhancing organic farmers’ productivity to meet the growing demand for organic products in the marketplace. We hope that you can join us for the workshop and a luncheon celebrating OFRF’s 25-year history of investing in organic research.