How food-policy friendly are your politicians? 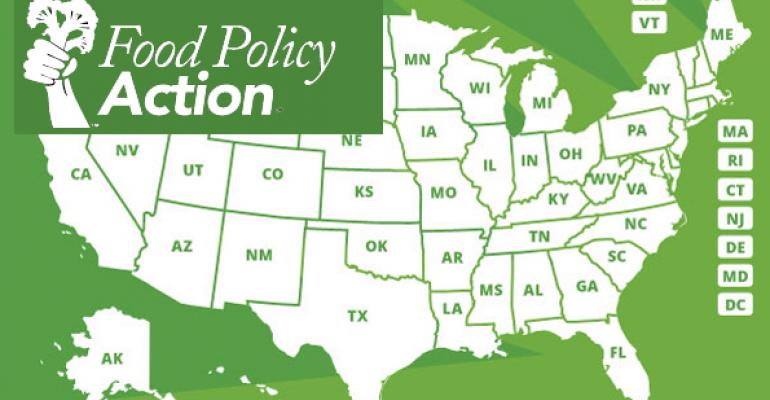 Food Policy Action launches Oct. 24 with a scorecard that aims to hold lawmakers accountable to the public for decisions on important food legislation.

On National Food Day and prior to an important election, a new organization launched by "healthy food advocates, animal welfare and anti-hunger champions" is making it simple to know exactly how lawmakers stand on food policy.

What makes FPA unique is that while other national organizations have graded lawmakers, no group has ever done so on recorded votes on specific legislative actions concerning food.

FPA's National Food Policy Scorecard ranks lawmakers from 0 to 100 percent in terms of how they have voted on past important food policy issues. Higher scores mean more Yes votes on advantageous food policies.

"Until now, consumers have been voting with their pocketbooks to demand safe and affordable food that is produced without harming the environment or treating animals inhumanely," said Ken Cook, founding board president of FPA and president of the Environmental Working Group. "Now, they can actually vote for lawmakers who have stood with them, not with big food or industrial agriculture."

In addition to Cook, the following industry leaders make up the FPA's Board of Directors:

Visit FPA's site to see how your lawmakers stack up.