How to grow an EPIC business without fear [on-demand webinar] 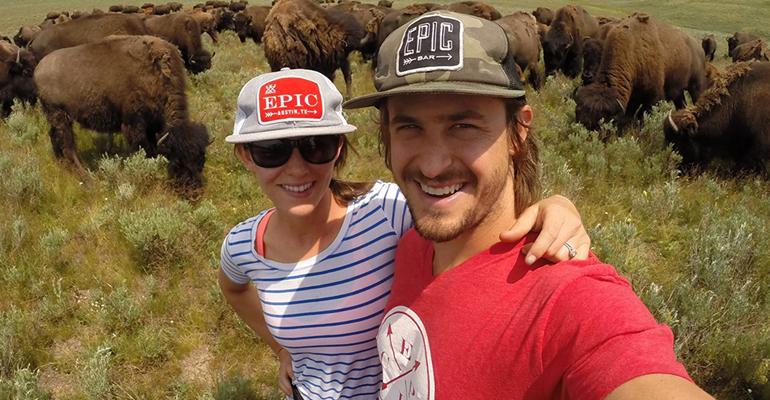 A drastic pivot in Taylor Collins and Katie Forrest’s formerly vegan diets started them down a path to entrepreneurship that they never saw coming. Along the way, many people told them that their idea to make high-quality meat into snackable protein bars that outdoor enthusiasts like themselves could take along on adventures was nothing short of crazy.

“We were ahead of our time; we were operating on a hunch,” Collins said during a New Hope Network webinar Wednesday.

EPIC Provisions launched its first product at Natural Products Expo West 2013 and now has a portfolio of more than 32 products, including meat bars, trail mix, jerky, broth and cooking fats. And it was acquired by General Mills last year.

Through all of that, though, the entrepreneurs emphasize that the core of their business—a focus on regenerative protein and impacting the Earth in a positive way—hasn’t changed. In fact, as they’ve grown, they’ve actually been able to build an even better supply chain. “Only about 4 to 5 percent of bison in the U.S is actually finished on grass—most of the time they’re raised on pasture and finished on corn,” Collins explained. “When EPIC started, that number was less than 2 percent … With the General Mills partnership, we’ve been able to accelerate conversion of ranchers.”

Watch the webinar replay above to hear Collins and Forrest share how they they’ve taken inspiration from nature, followed their instincts and pivoted when necessary to grow their business.

Watch the "Grow Your Business Without Fear" webinar on demand here.

First order of business for new brands? Crack the code of selling off-the-shelf
May 18, 2016